Bag Seed, should I or shouldn't I?
I usually don't bother, I don't find seeds in my own Cannabis so its on the very rare occasion that I would get cannabis from someone else and its then I come across the occasional bean, which I usually throw away. I have kept seeds in the past but they've got lost or eventually thrown away.
This time was different and these seeds where handed to me in a separate bag from the Cannabis I was given.
I've little doubt the Cannabis was a strain called Sundae Driver, it wasn't the strongest Cannabis Ive ever smoked but it did have a really nice rich flavour, not the usual skunk, this was different.
And thats why Bag Seed.
I've been taking photos of them, the 5 seedlings, since they popped up. I have them labeled and dated 28/09/20.
I won't go back to the beginning, its now the 15/10/20, we are just 17 days in so nobody has missed much. This should be an interesting grow. Maybe time to re-pot these little plants into bigger pots, 5 1/2 litre is the next size up that I have to hand but, there's a problem. A reoccurring problem you will hear me mention from time to time and that problem is the limited space I have to work in/with. I have just started to transfer my rooted Bubble Gum cuttings/clones into 1/4 litre pots. Thats the same size as these Sundae Drivers are in right now. I cannot avoid transferring the bubble gum from the NFT system into pots and it has to be 1/4 litre pots if I am going to be able to get them all (34) under the 2 x 200 watt cfl ( 1 red, 1 blue). There's still 5 Sundae Drivers at the moment but this number is likely to change as the sex of these plants is determined.
There just is not enough space for 5 x 5 1/2 litre pots and 35 1/4 litre pots. I think I will continue to transfer the bubble gum clones over the next few days and I will leave the Sundaes in the pots they are in for now and try and figure something out in the meantime. They are already starting to become root bound and that does have adverse affects. These may be just bag seed but if I am going to do this I might as well do it properly. Here's a few shots of the Famous Five, not to confused with the Fantastic Five over on the Magnificent Seven thread, I know, LOL.
Anyway, here is the lastest. 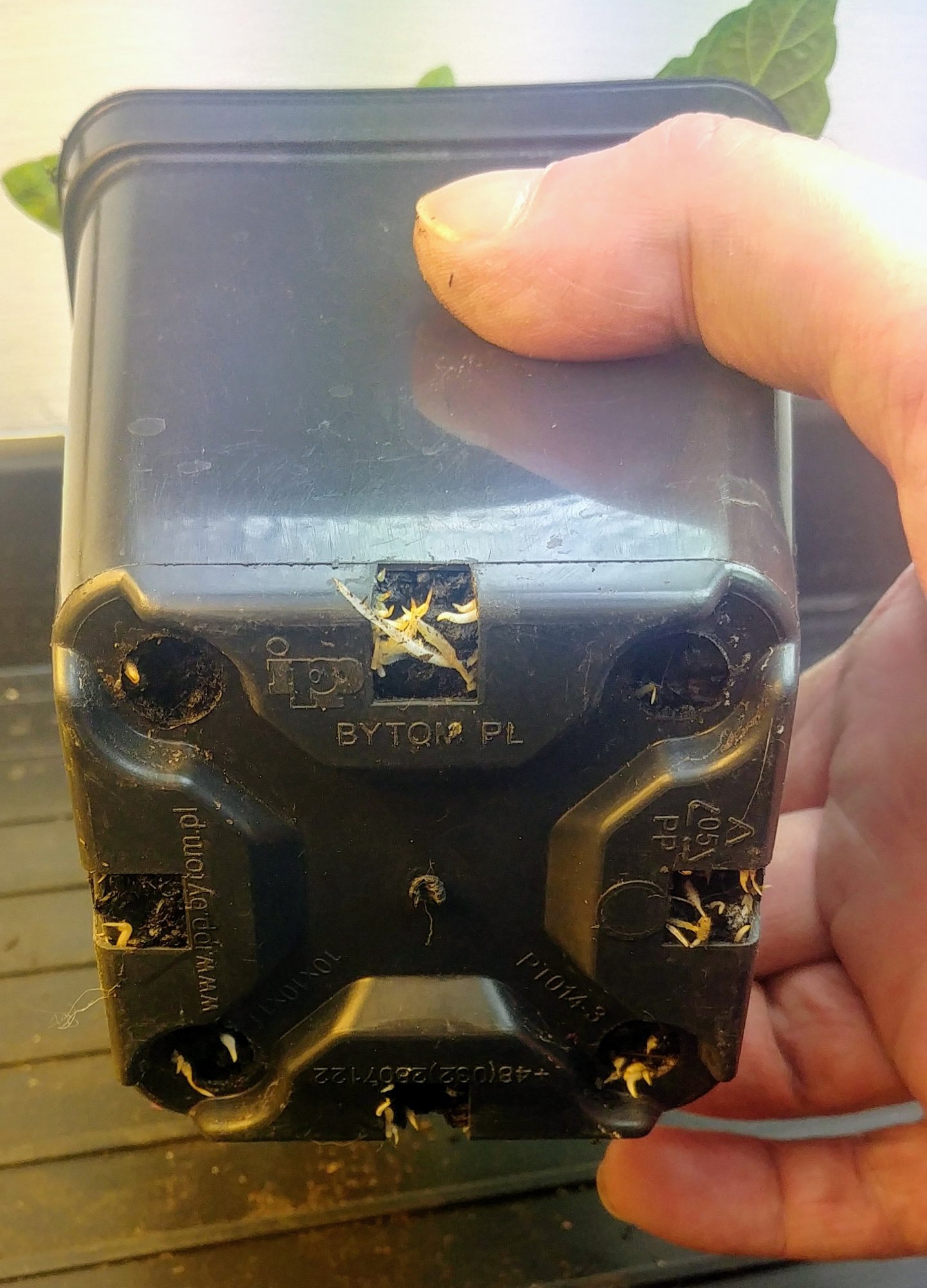 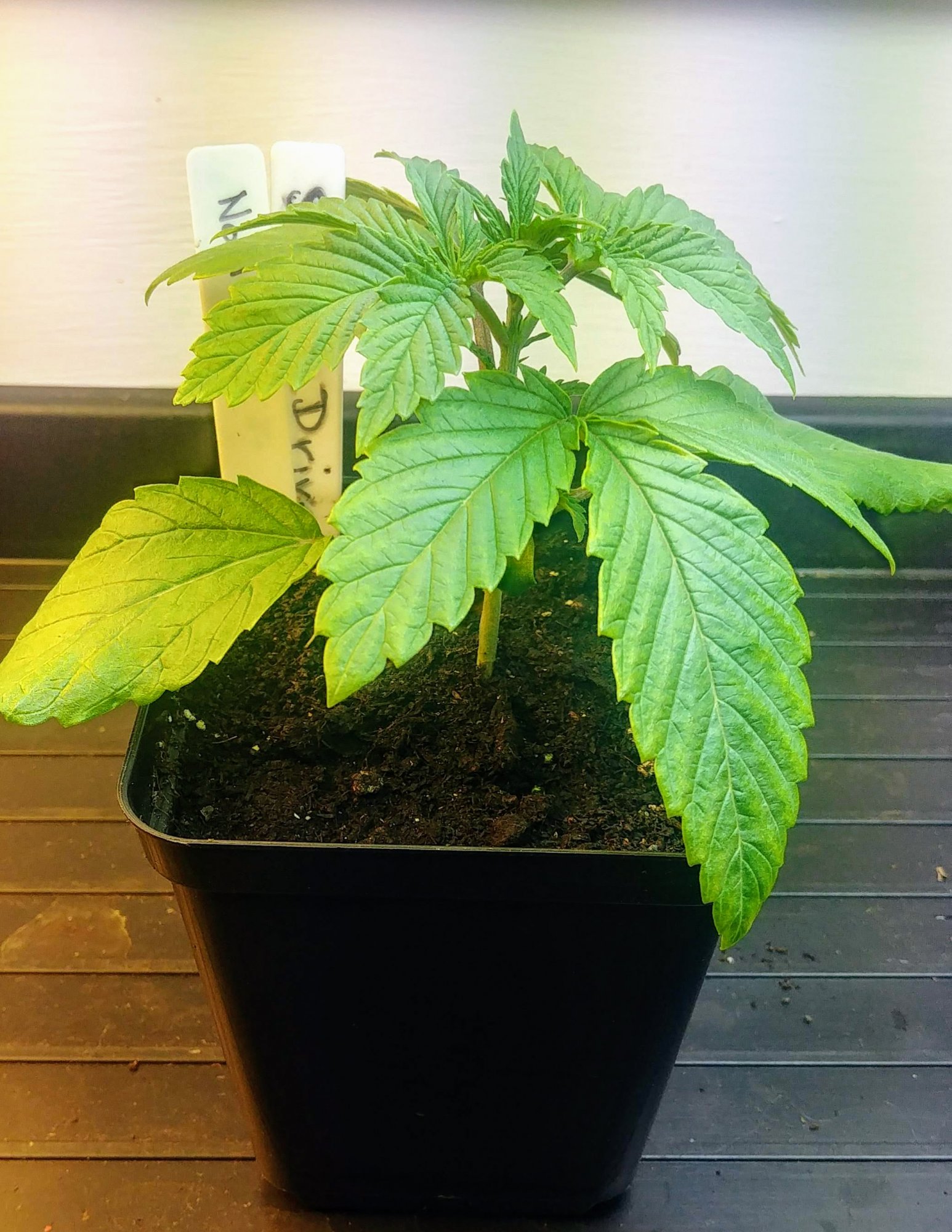 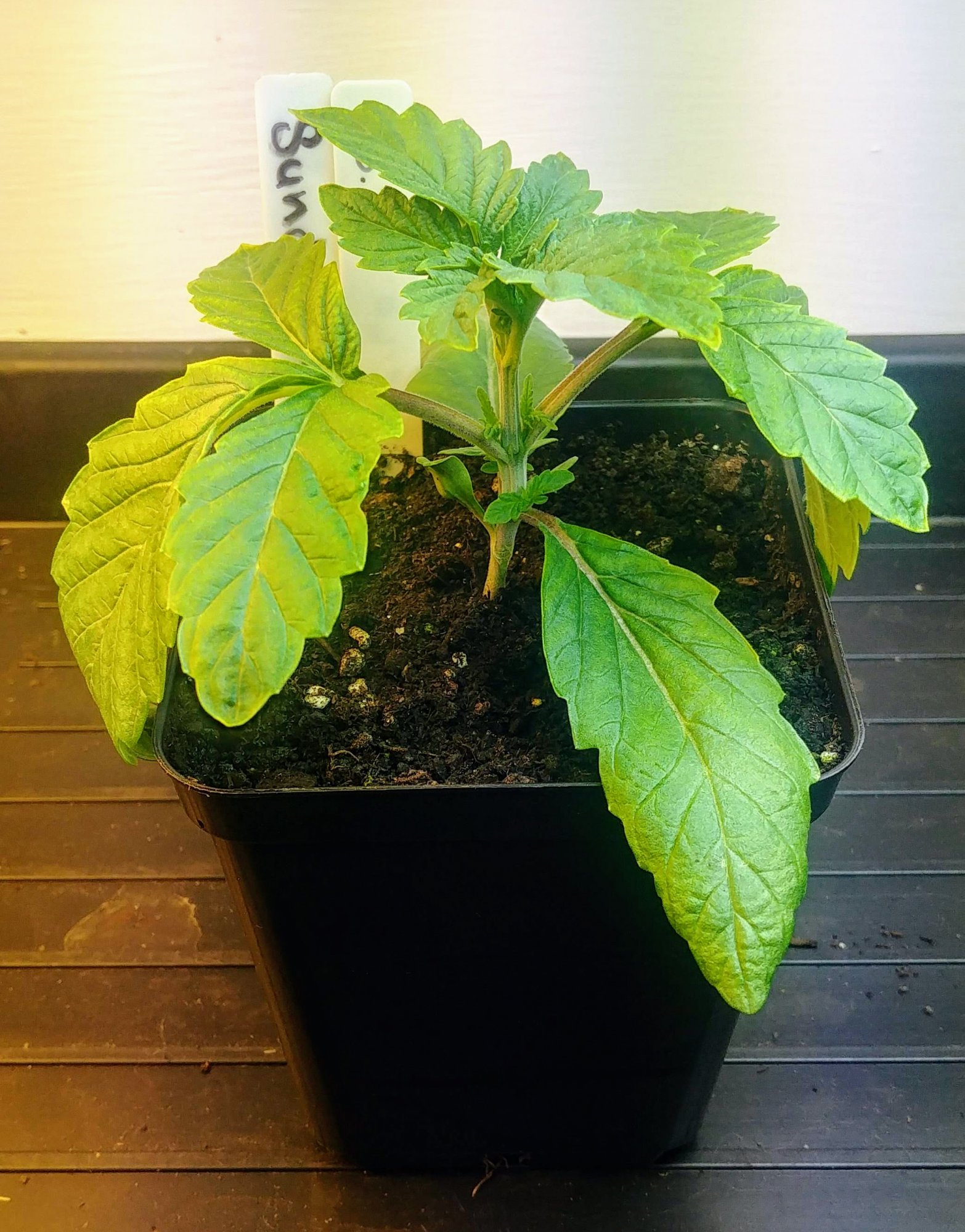 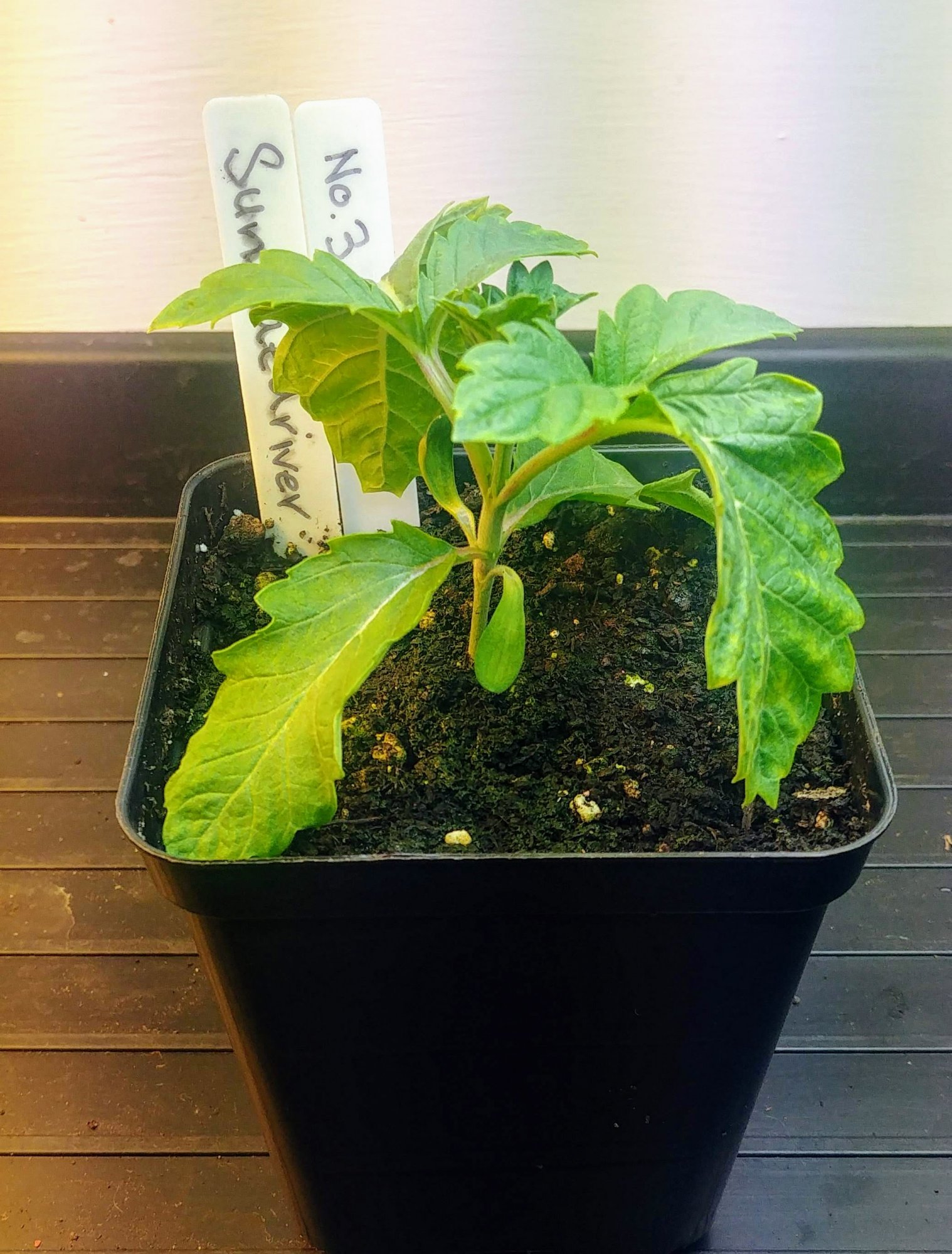 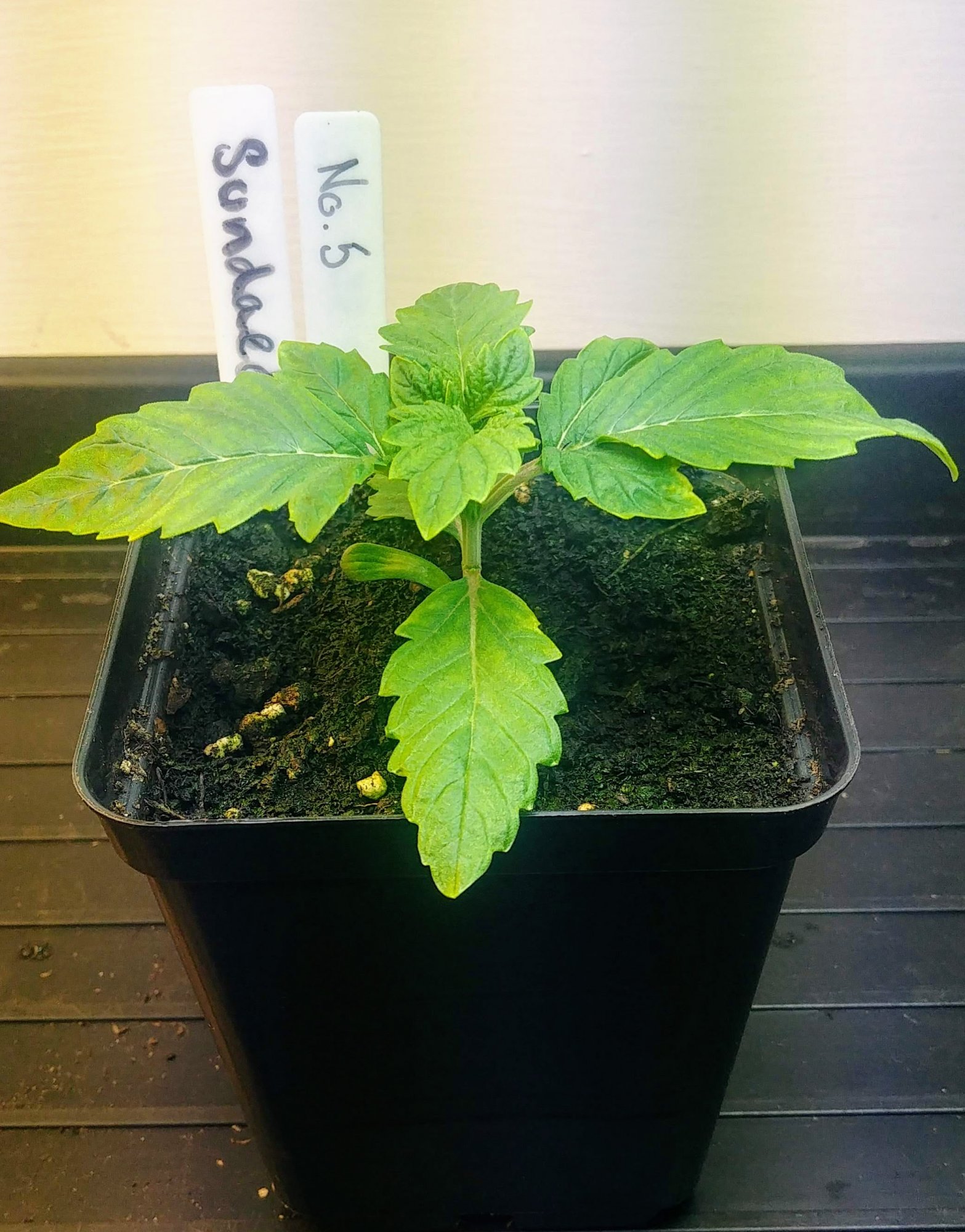 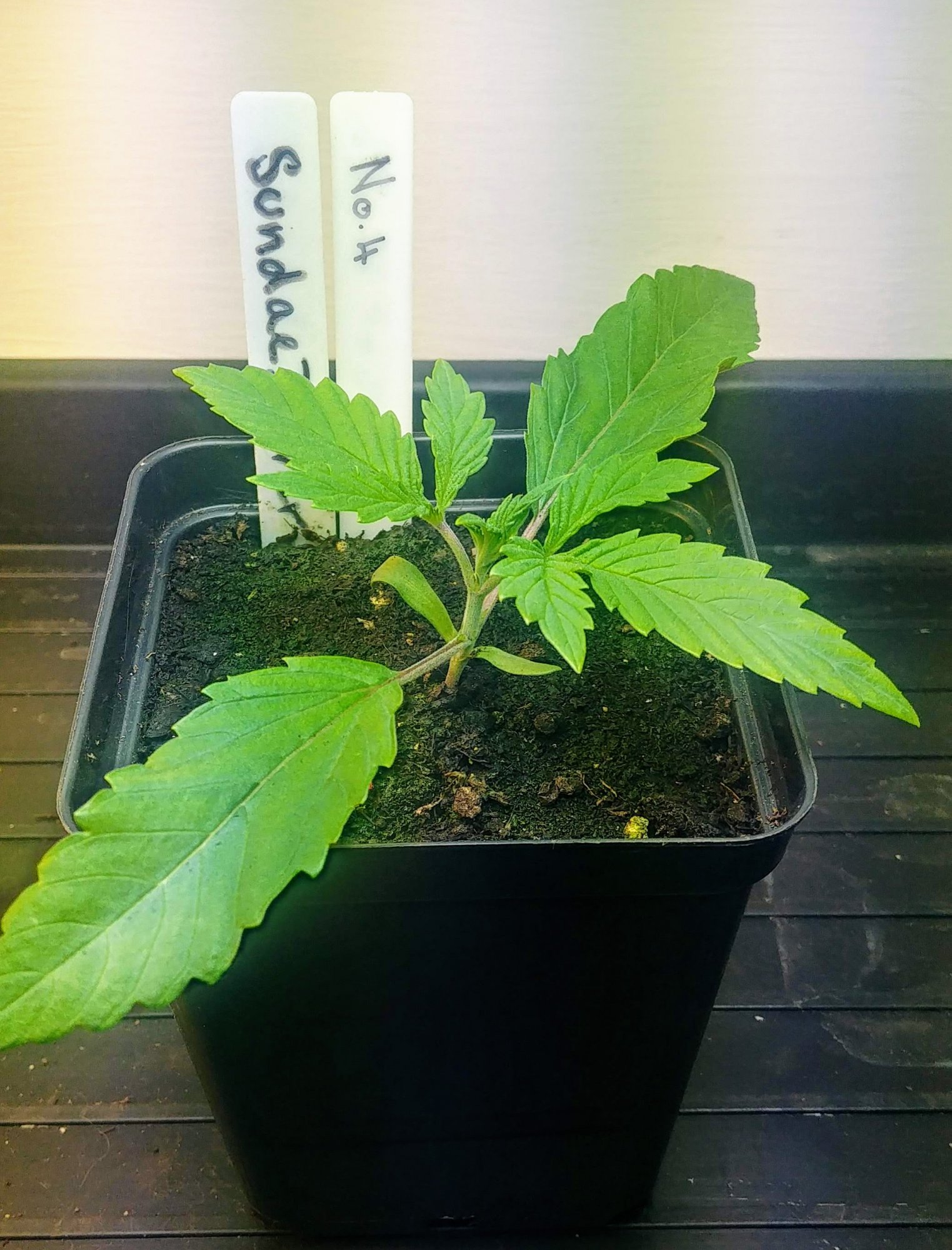 I have grown bag seeds many times, some great & others not so good. It's a gamble, but if the weed they came from was good chances are these seeds will follow suit.

Let them grow out see what happens. Keep an eye out for males.

Update: Today is 10/18/20 and these seedlings are only 12 day new. I plan to grow them for at least 8 to 10 weeks before I decide what to do with them. By that stage I should be able to determine the sex of these plants. I have no room for male plants so they get recycled. I will probably take clones from these plants. As I am in no hurry I may try "Super cropping" the girls so I can harvest many clones at once. I usually flower the parent plants after Ive taken clones so I know how the clones are going to turn out. I will decide what's best when I know what I am looking at numbers wise. One female is all I need to get started but the more the better. I also can't allow these bag seed to take up too much space while I am unsure of the quality. The cannibis those seeds come from was some of the nicest I have smoked so I have high hopes! 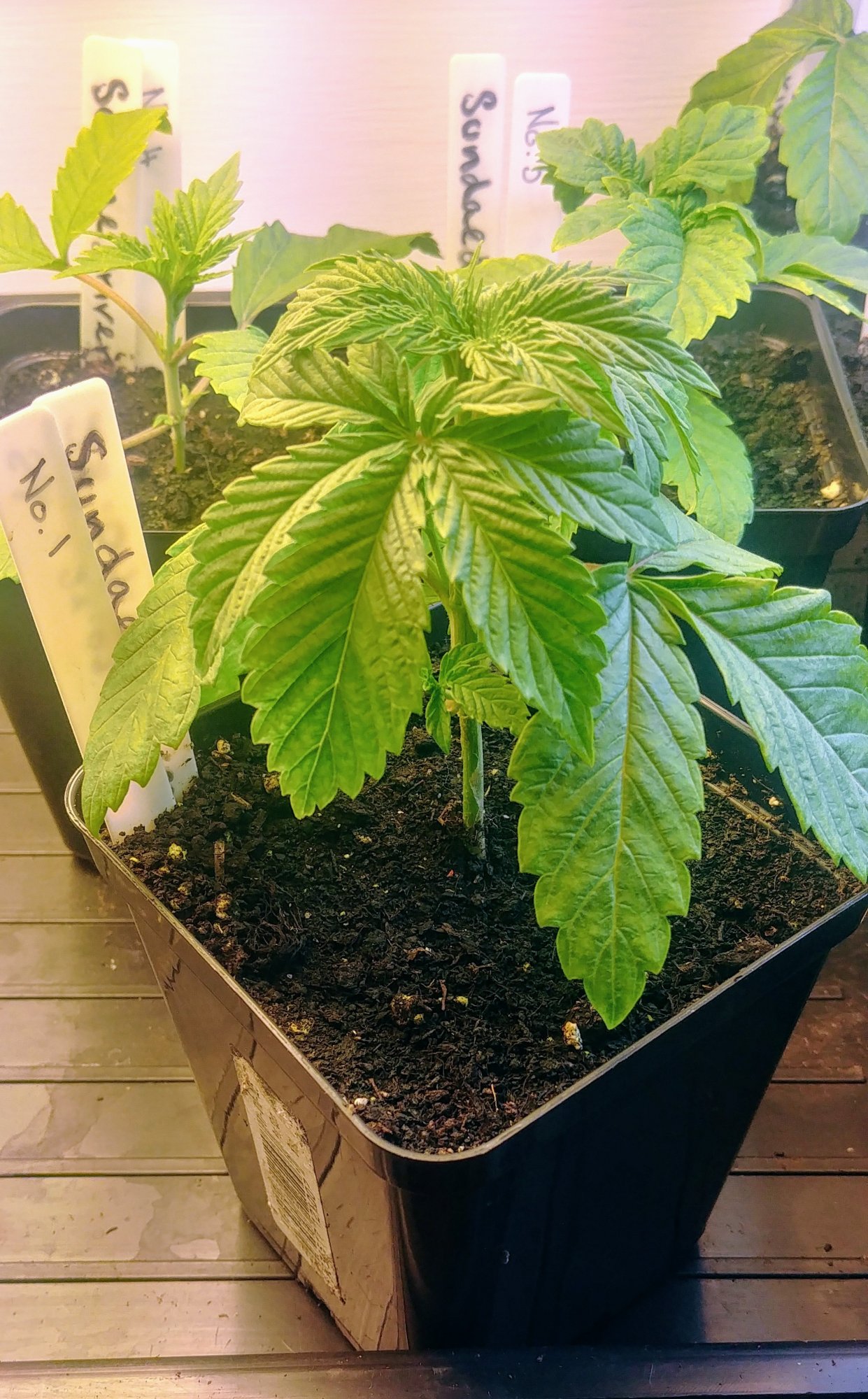 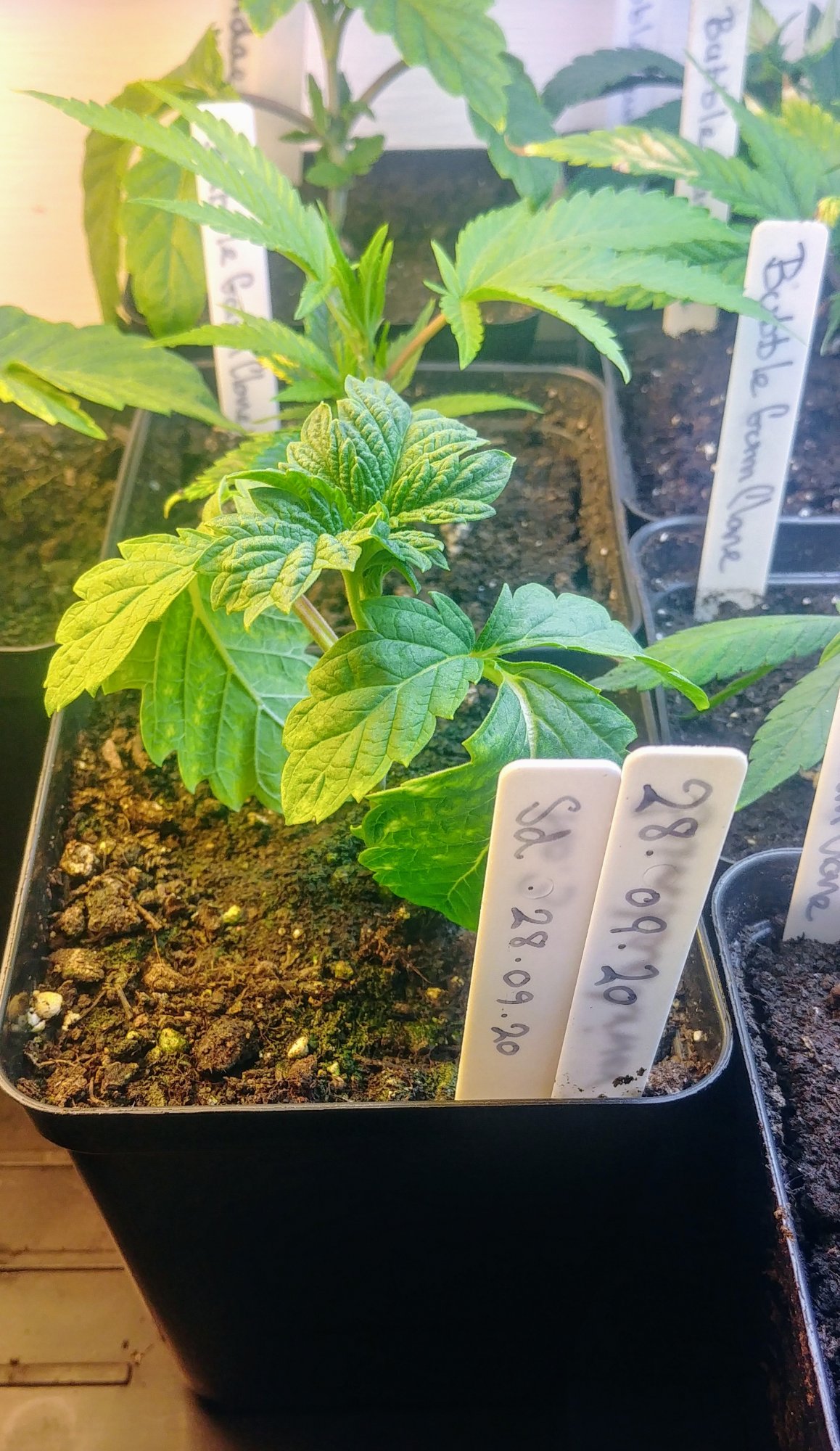 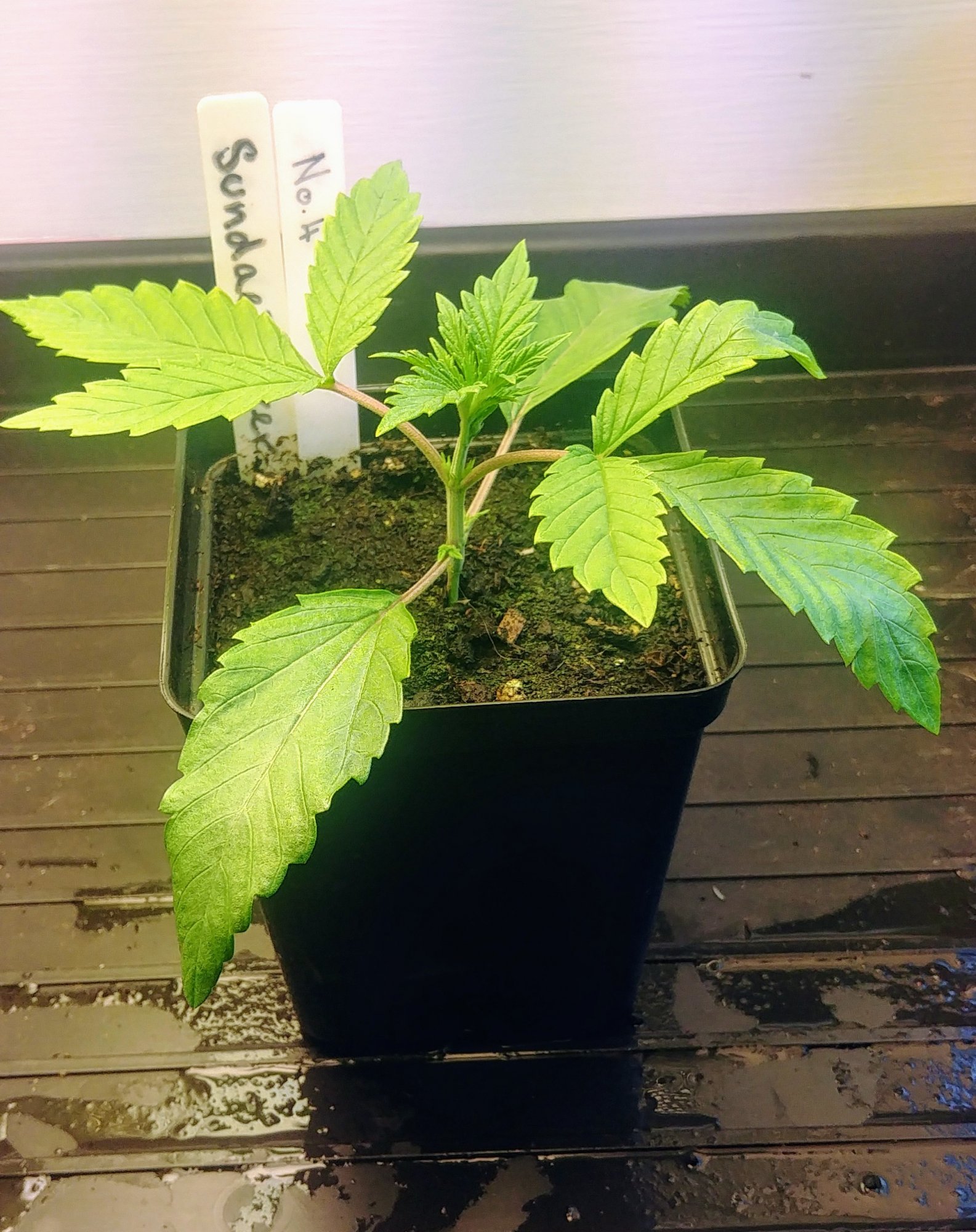 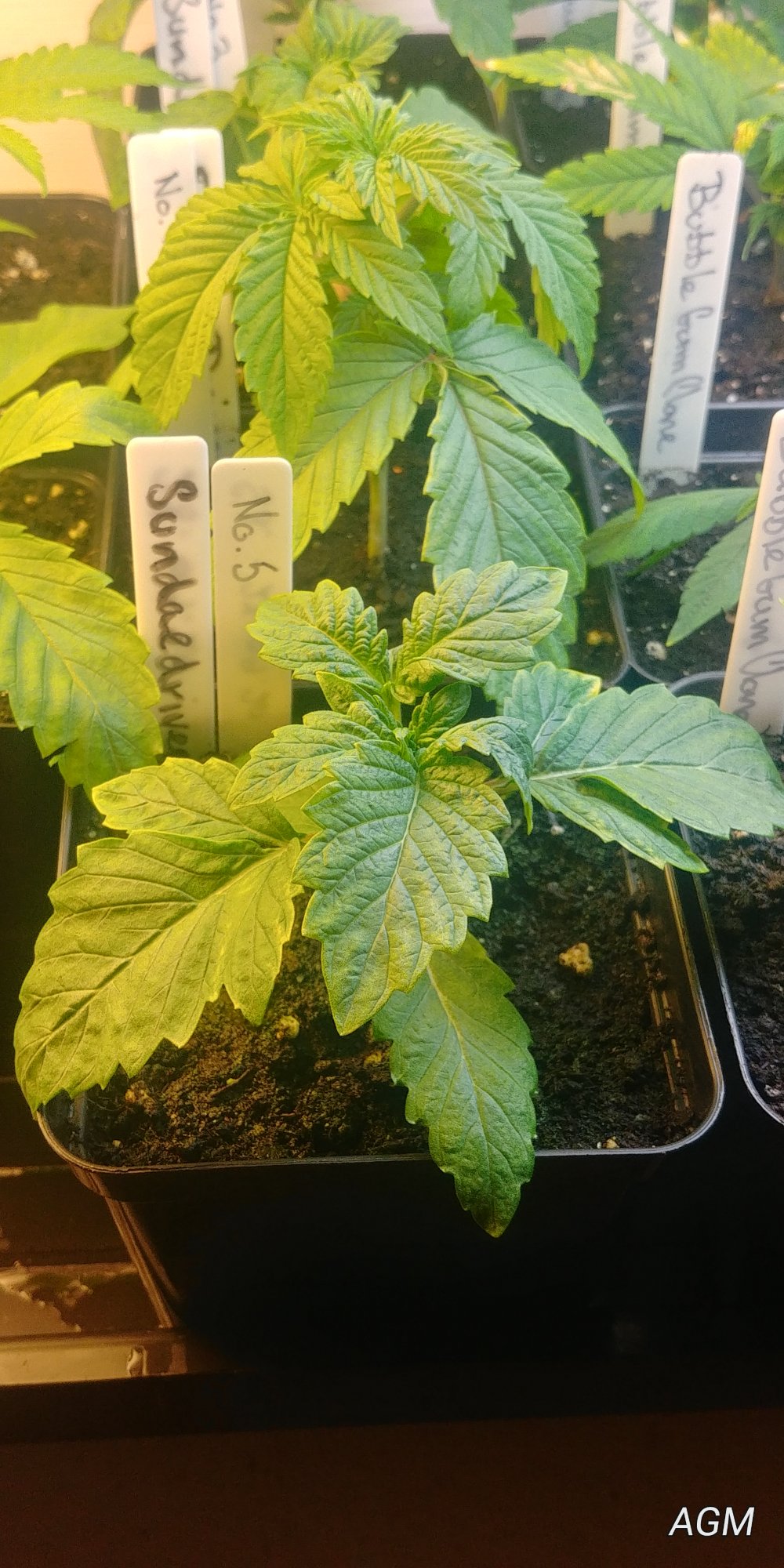 Update: I had to re-pot 3 of the 5 Sundae Drivers into 5 1/2 litre pots. I used All mix soil and around 1/2 litre of worm castings in each pot.
Still haven't sorted out a space for them yet but I now have to get something sorted out soon.
In the meantime... 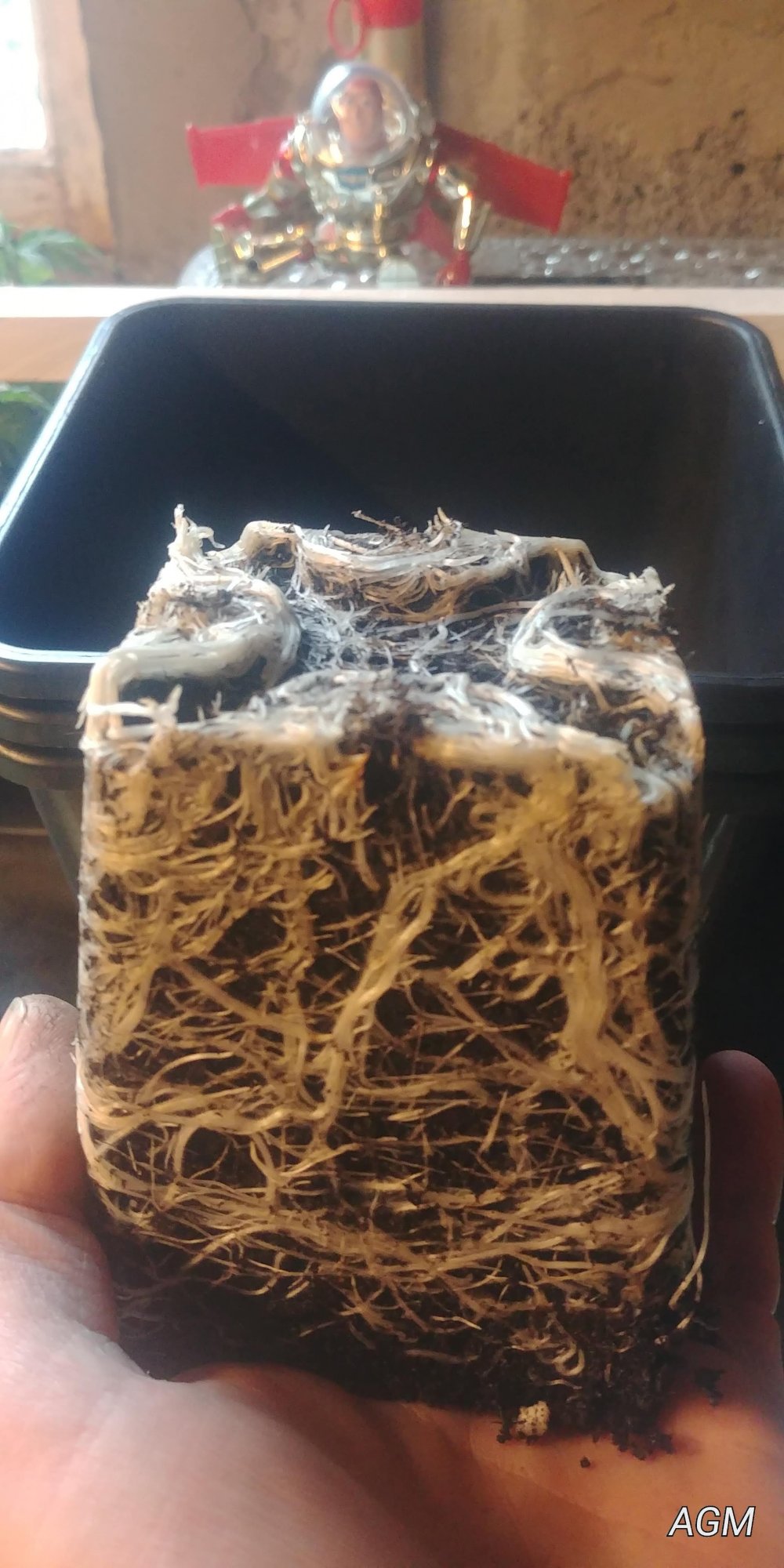 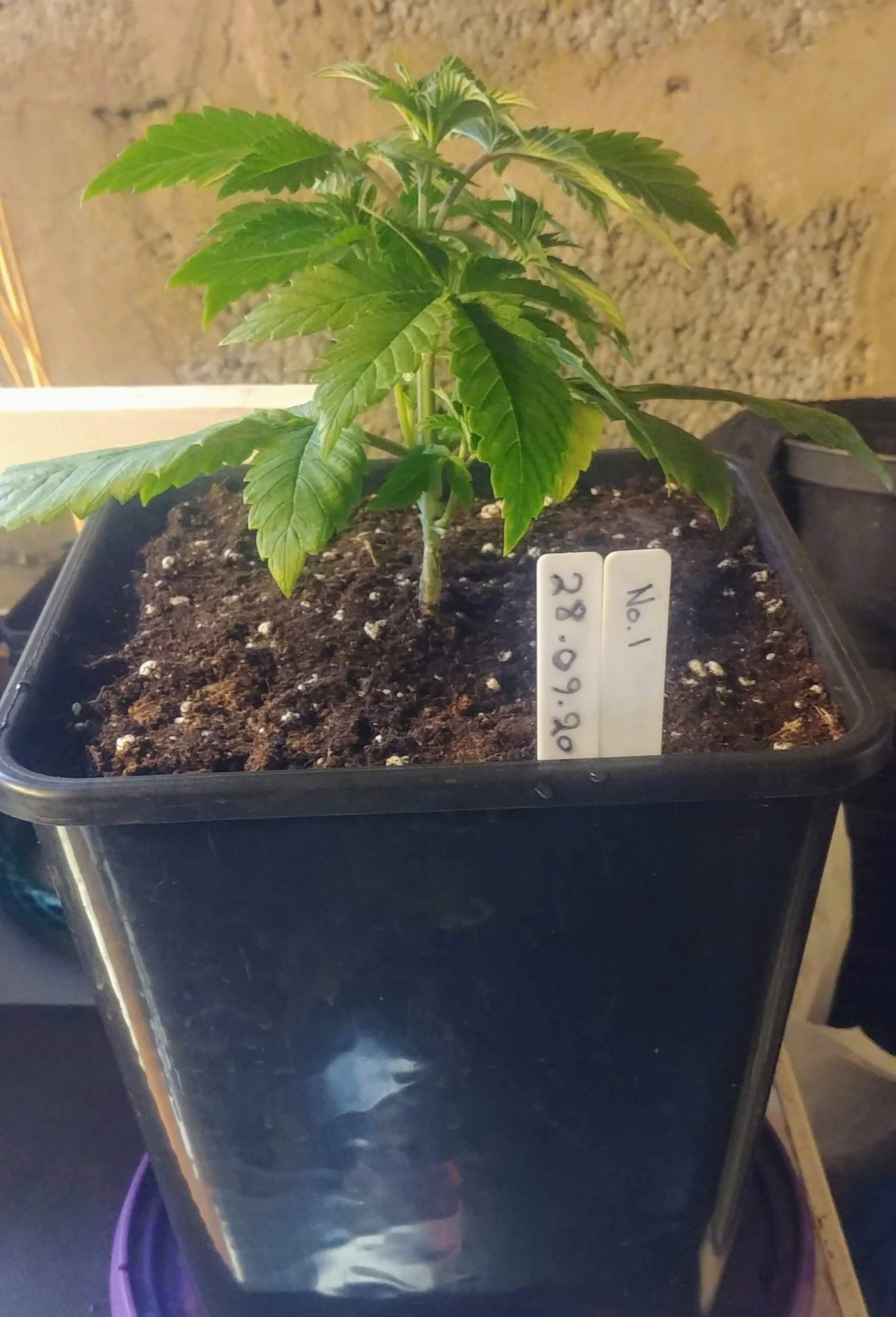 The Sundae Drivers are a little slow, but what did you expect, they are Sundae Drivers, right?
I hope that's not really why these are called Sundae Driver, because they take forever!
Anyway, here's a couple of shots taken now they have settled into their new homes. I have still only re-potted 3 of the 5 and Ive still no space! 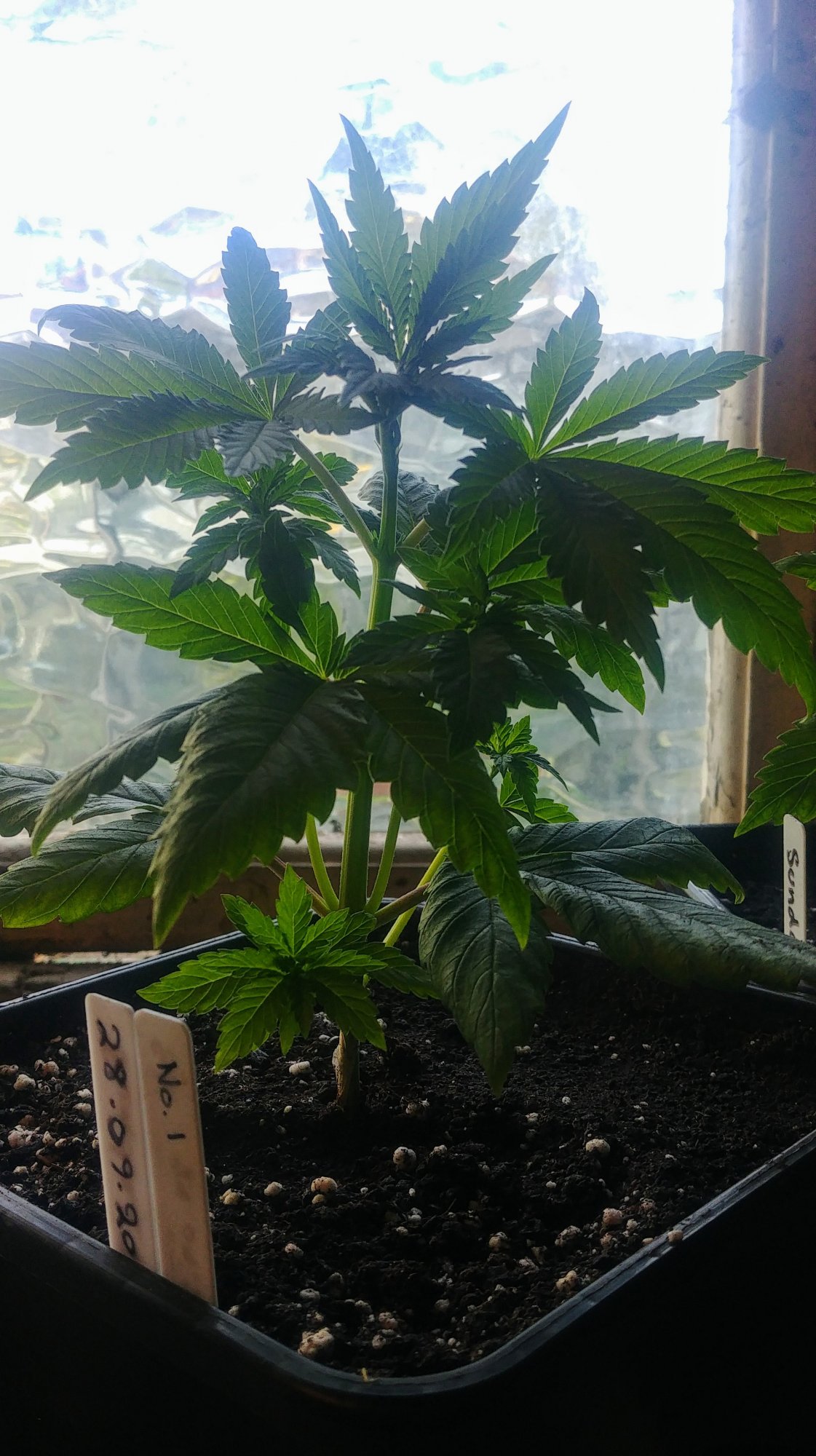 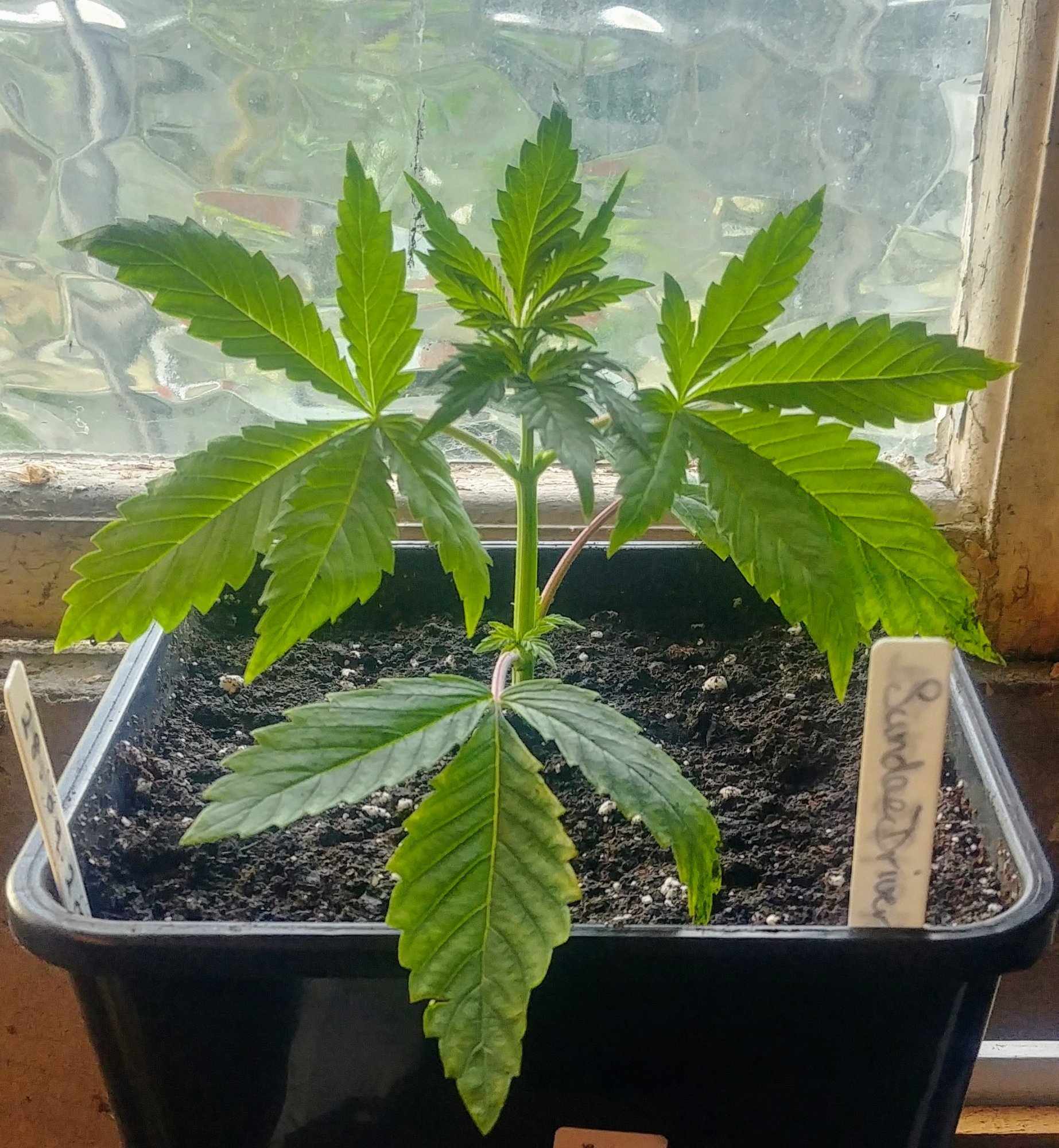 Update: Better later than never and I've been busy. The Sundae Drivers are going like just that, nobody is in any hurry. I am working through my space issues, not MySpace, the lack of space. There's been some changes made which while not directly for the benefit of these Sundae Drivers, they will definitely benefit. I still haven't re-potted the last two of the five, into 5 1/2 litre pots. But they are the only two I can fit under a light right. All 5 plants have literally been kicking about here being neglected, same as what happened with the Biker Kush. I've too much going on and just not enough space. I now have a couple of spare CFL bulbs and reflectors. Even at half power those old bulbs might be better than nothing, maybe.
Anyway, here is the two that are under light right now. 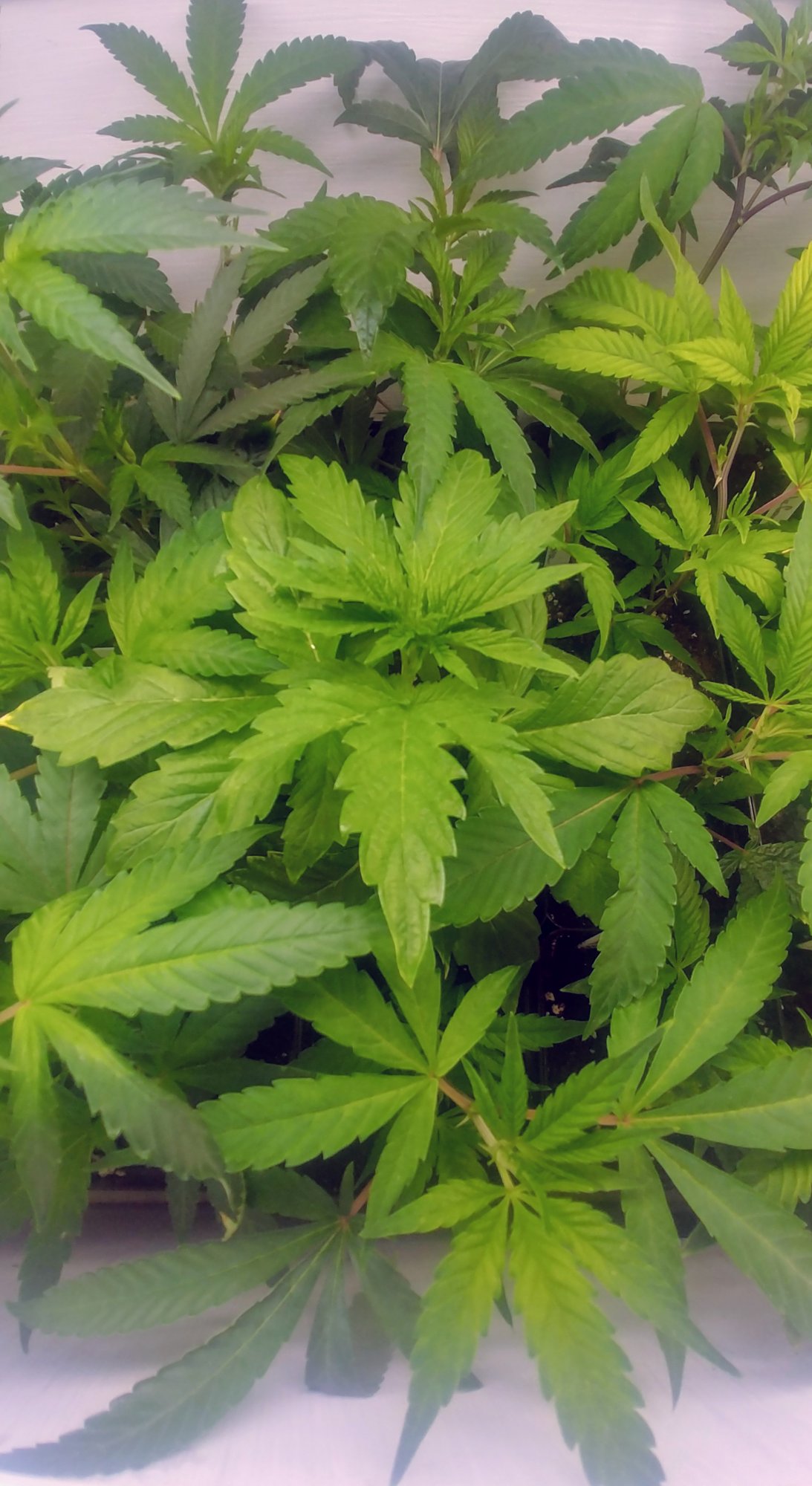 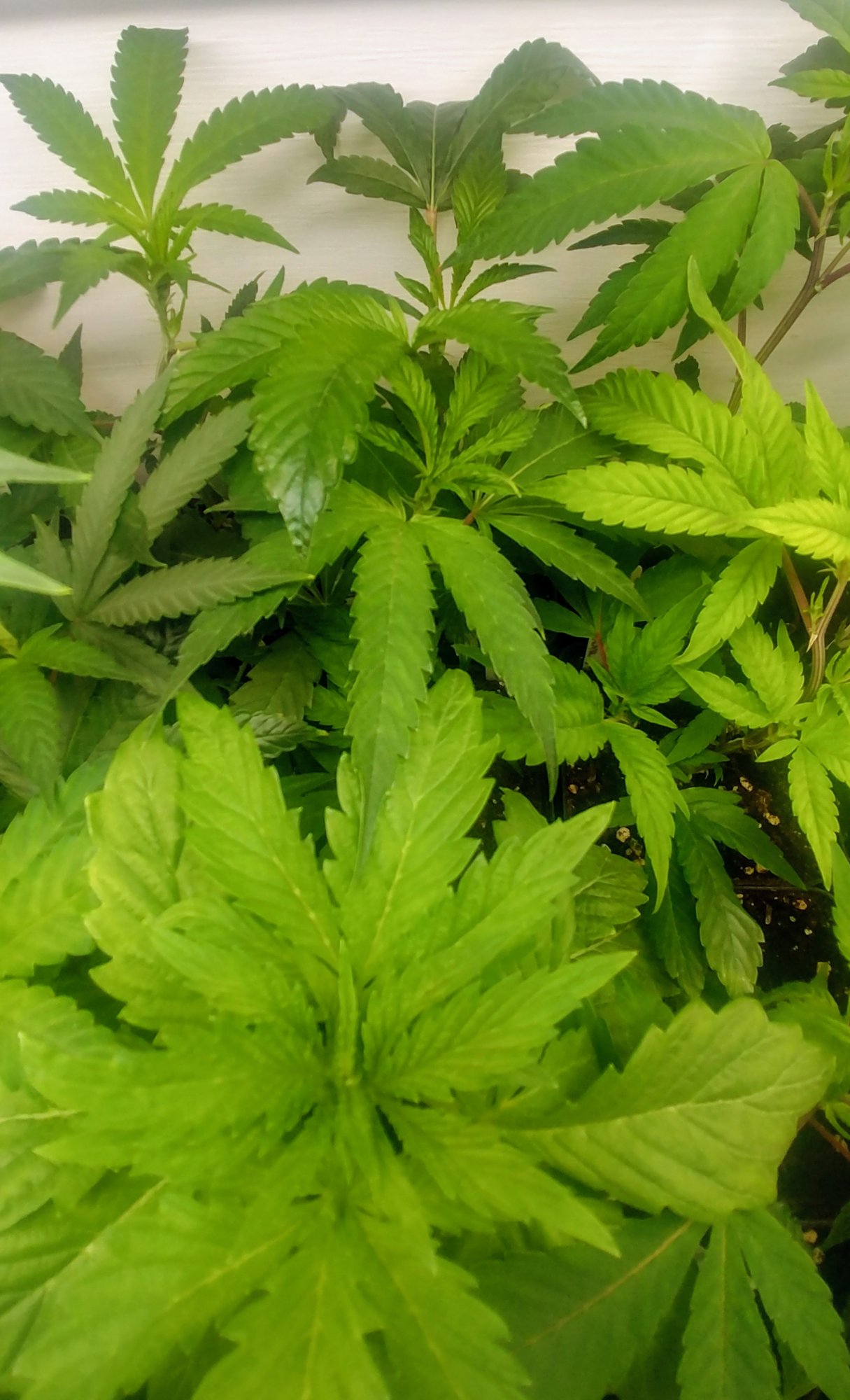 Update: sad news for the Sundae Drivers. All 5 were doing reasonably well but I am pushed for space and due to the recent and sudden plunge in temperature I have had to relocate the "hutch" and I didn't want those just sitting around. I cannot risk having them in my flower room in case there are any unwanted changes in the Sundae Drivers. I definitely don't need any pollen floating around so I made an executive decision and pulled the 5 bag seed. They were doing so well and the smell was outstanding but space is at a premium. There's really no point in me messing about with those when I've so much else going on. My clone system is full with 63 Bubblegum and 7 Biker Kush so I couldn't even place cuttings from them.
So, sorry to disappoint anyone who was looking forward to seeing the end result, I'm afraid there's not a great deal to look at.
So with the end of the Sundae Drivers bag seed, so ends this thread.
Sh311Sh0ck3d.

It’s always a risk, I seeded two 4x8 canopy’s recently because I was sloppy.