Don't expect Sesame Street to ever come out with anything labeled "Smoke Me Elmo."
But that was the a Pittsburgh's WTAE-TV online headline after a Southwestern Pennsylvania man was arrested for allegedly showing up at an elementary school to retrieve nearly four ounces of marijuana left in his son's Elmo backpack.

"It was something dumb," Ronald Washington, 33, told the troopers who took him into custody yesterday, according to police.
Officials at Menallen Elementary School in Uniontown, Fayette County, became suspicious after Washington called to ask if his son had arrived, because something was accidentally left in the kindergartner's backpack.
Inside the blue bag were two other bags - plastic baggies containing 105 grams of marijuana - along with the 6-year-old boy's homework, police said.

State police were waiting when Washington showed up that morning.
"Upon police arrival, a very strong marijuana odor was being emitted from the bookbag," according to a news release.
"I don't think it was his and that's the truth. It's a big misunderstanding," Washington's sister, Carol Patterson, told KDKA-TV of Pittsburgh.
"I'm taken back by it," she said. "I believe it was a mistake. He's raising two kids by himself and he does pretty well as a father, single parent. So I think it was a mistake."
Washington was charged with possession of a controlled substance, possession with intent to deliver, and disorderly conduct.
He was being held at Fayette County Jail after failing to post the $100,000 cash bail.
The district judge said the high bail was justified because the drugs were found at a school, according to KDKA-TV.
A preliminary hearing was scheduled for Wednesday in Uniontown. 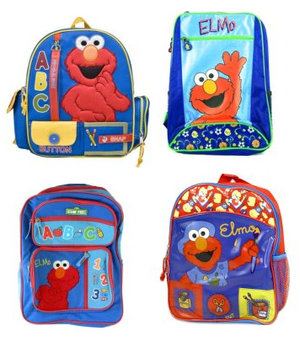 Idiot for a parent but prohibition is the real reason. He should be fined for being so stupid though.

Dr.Smitty said:
Idiot for a parent but prohibition is the real reason. He should be fined for being so stupid though.
Click to expand...

True that. What would be his punlishment if some alcoholic beverages or a pack of heavy prescription drugs had been found in the kid's bag?

That is more than dumb, doesn't that fool know if he were to be raided the f3ds check everywhere. They check up your ass for goodness sakes like an elmo backpack will throw em off. Nosy ass school people had he just shown up and grabbed his son shit would've been cool, but he had to tell the school he left something in there they most likely went grabbed the kid and raided his elmo sack. Poor lil kid. Oops that was supposed to go into my HS kids bookbag lol..
TOP GOON
K

The risks people take with their loved ones astounds me sometimes... very sad.

BC Bud said:
True that. What would be his punlishment if some alcoholic beverages or a pack of heavy prescription drugs had been found in the kid's bag?
Click to expand...

The most disgusting thing is, he'll probably won't see his kids for years and they won't have any idea why.

If he's a single parent like the article says, the children will have some sort of Department of Welfare or Child Protective Services step in and possibly place the children in a group home where they'll be neglected or molested or just emotionally abondoned for a huge portion of thier formative years.

Wonderful system we have here isn't it?

The guy is stupid but $100,000 bail for less than 1k worth of weed is far more stupid imho. Teacher/school was wrong to contact the popo as well, they just helped the popo ruin the kid's life.

JH420 said:
Teacher/school was wrong to contact the popo as well, they just helped the popo ruin the kid's life.
Click to expand...

Under the circumstances, not reporting something like that would probably be a crime. Maybe a serious one for a teacher.

Who knows? If the guy was scatter-brained enough to leave a quap in an elmo backpack, maybe there is some other, more serious issues, real drugs or something else nefarious going on there.

I just hope the kids are going to be okay.

sedate said:
Under the circumstances, not reporting something like that would probably be a crime. Maybe a serious one for a teacher.
Click to expand...

I'm sure it's a crime to not report it...but if the kids end up in a foster home that is a far greater crime...but like you said who knows the whole story...
M

he shouldn't have called the school.