Figured out the pest issue!

Seeing marks on the leaves here and there, then saw a tiny little creeper from time to time. Squished them and sprayed diy neem, nothing after until about 5 days ago.
I seen one or two tiny cigar shaped tan bugs that creeped like an inch worm again so now Im on the hunt in a major way. THEN IT HIT ME, check the aloe plants soil, see whats happening in there. I moved the soil at the drainage hole slightly and it began to wiggle and move. BOOM, my dumb ass brought the aloe from the porch into the tent and then with the untreated bags of soil, I created a shit storm. Bags are outside now, nematodes have been ordered and a new neem spray is being applied as foliar and soil drench at lights off today. Im gonna nuke tf out of these critters and then then backups going into the soil and the nematodes will clean up house. Ill rinse neem spray off before lights go back on and repeat 48hrs later and then again 48 hrs after that. 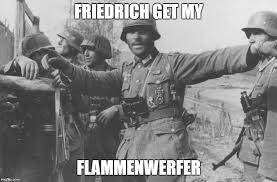 golden rule!
never bring anything outside to inside, you moved your soil outside? probably not a good idea..

GNick55 said:
golden rule!
never bring anything outside to inside, you moved your soil outside? probably not a good idea..
Click to expand...

Don't bring your outdoor plant inside to dry. I learned that the hard way.

GNick55 said:
golden rule!
never bring anything outside to inside, you moved your soil outside? probably not a good idea..
Click to expand...

Yea. Its out back and ill just nuke it or bake it for 30mins until its sterilized.
You must log in or register to reply here.