Current king looking for a light to put into my upcoming 4x4 tent, was thinking this one would have enough coverage, any input?
VIPARSPECTRA UL Certified 1200W LED Grow Light, with Veg and Bloom Switches, Full Spectrum Plant Growing Lights for Indoor Plants Veg and Flower https://www.amazon.com/dp/B00UORXUBA/ref=cm_sw_r_cp_api_i_ds4KFbBCJNJAV?_encoding=UTF8&psc=1
Neptune Seed Bank Ambassador, use promo code “Growrx” for 5% off your purchase.

I have the viparspectra 2000W version AND another 600w smaller one beside it. while it did do good, there was still TONS of room for improvement and potential in the tent. 4x4 is kinda big.

so I upgraded it significantly to the kingbrite 480W for $660CAD shipped off alibaba in my 4x4 and could almost squeeze even a second one in there im thinking!! its a solid light (and even some could say I cheaped out... but damn. $2000 for a light?? where do you draw the line? how high are your standards? how much of a perfectionist are you? how high are you?)

"enough coverage" is very hard to say, all depends what your standards are.

but if you look at the ppfd numbers of that light at the 4x4 square its pretty damn low.... it will grow buds though so....

lighting is EXPENSIVE but not only pays for itself in bud, but if that $1000 light doesnt pan out or whatever.. its worth $800 cash tonight on craigslist so you can always get most of your money back is the way I looked at justifying an expensive light. plus some wicked yields along the way. it just sucks to pay that initial cost.

I would get two smaller lights rather than one big one, there are lots of advantages like how you can aim the light at plants and you can lower and raise them individually for multiple plants, plus it's a little cheaper.
Silly rabbit, trips are for kids.

TripsRabbit said:
I would get two smaller lights rather than one big one, there are lots of advantages like how you can aim the light at plants and you can lower and raise them individually for multiple plants, plus it's a little cheaper.
Click to expand...

Might opt to buying two of these then, figured two of the 2000W would give off too much heat, but I also plan to run an AC in my 4x4
Plant Grow Light, VIPARSPECTRA Newest Dimmable 1200W LED Grow Light, with Daisy Chain, Dual Chips Full Spectrum LED Grow Lamp for Hydroponic Indoor Plants Veg and Flower(10W LEDs 120Pcs) https://www.amazon.com/dp/B081DSRKTY/ref=cm_sw_r_cp_api_i_GJ6KFb77GCR39

Hi,
I’m finally starting to switch over to LED’s after using hid’s for over 25 years and have been doing a lot of research. From what I’ve found, I totally agree with you man. It’s more than worth it to spend the money for good lights.
Actually, after a hell of a lot of research over the last month or so I finally decided on lights for my new flower room. I ended up deciding to go with Green Sunshine Electric Sky es300’s. Now, they only do 2x4-2.5x5 each, but they also give you a 90 day money back guarantee! They have a great spectrum and promise thatwith their lightsyour crop willbe bigger as well as finish2 weeks faster!!!
They’re a little on the pricy side at $695 US each, but when you look at the prices of some lights out there, $1400 for killer lighting per 4x4 area isn’t too bad really. I have a 6.5x6.5x6.5flowering tent and ordered 6 of them for it as well as 4 of the Cali Lightworks UVB’s (one per 3x3 area). I can’t wait till they come in!
Has anyone else ever usedGreen Sunshine lights?

I bought a 600w viperspecta 2 cycle reflector series 3 years ago, never had 1 problem, they upgraded the model and lowerd the price to $150 delivered, if it was no good i would have not bought another to double my grow space, light is recommended for a 4×4 tent, cant argue the results. 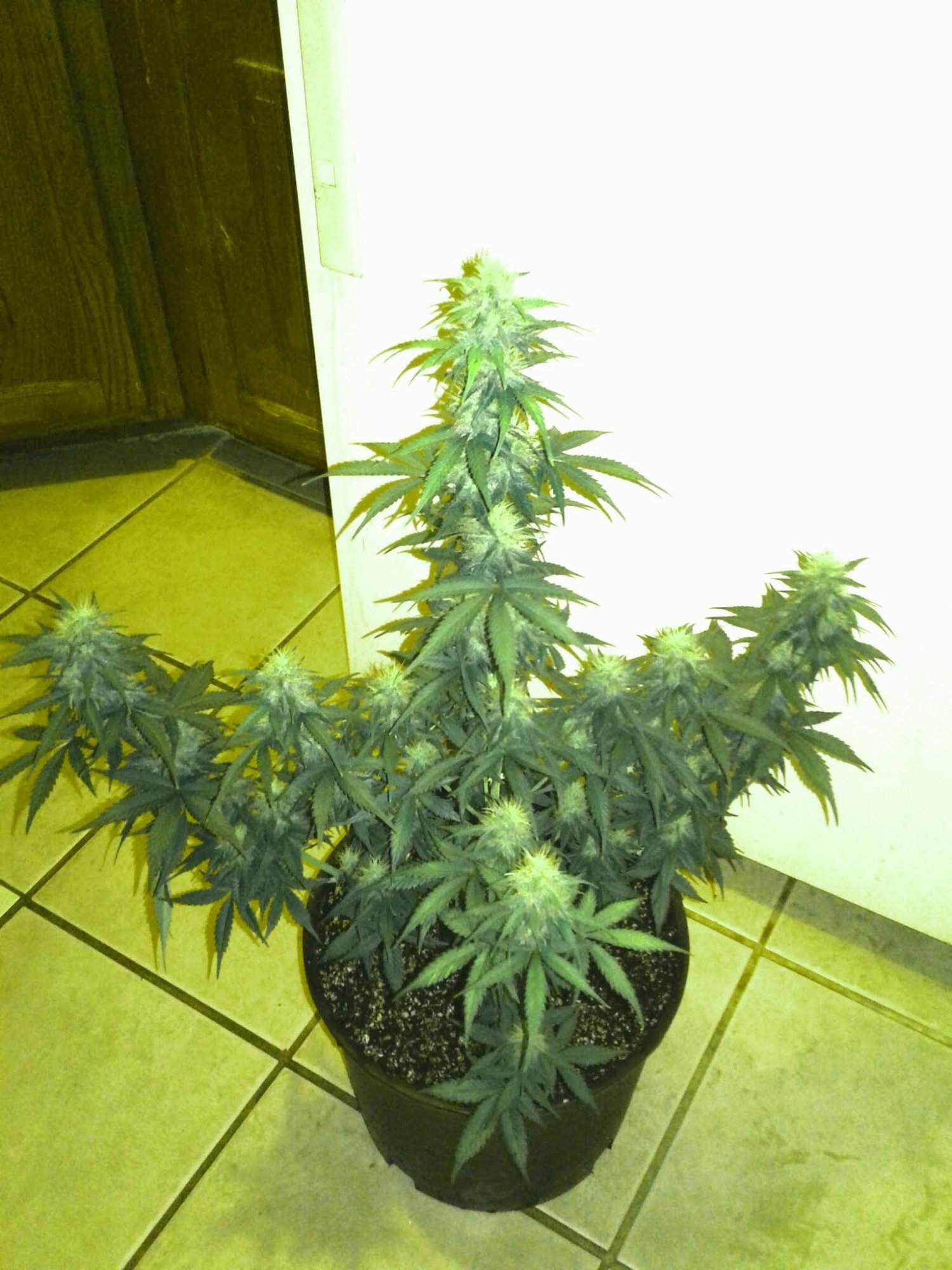 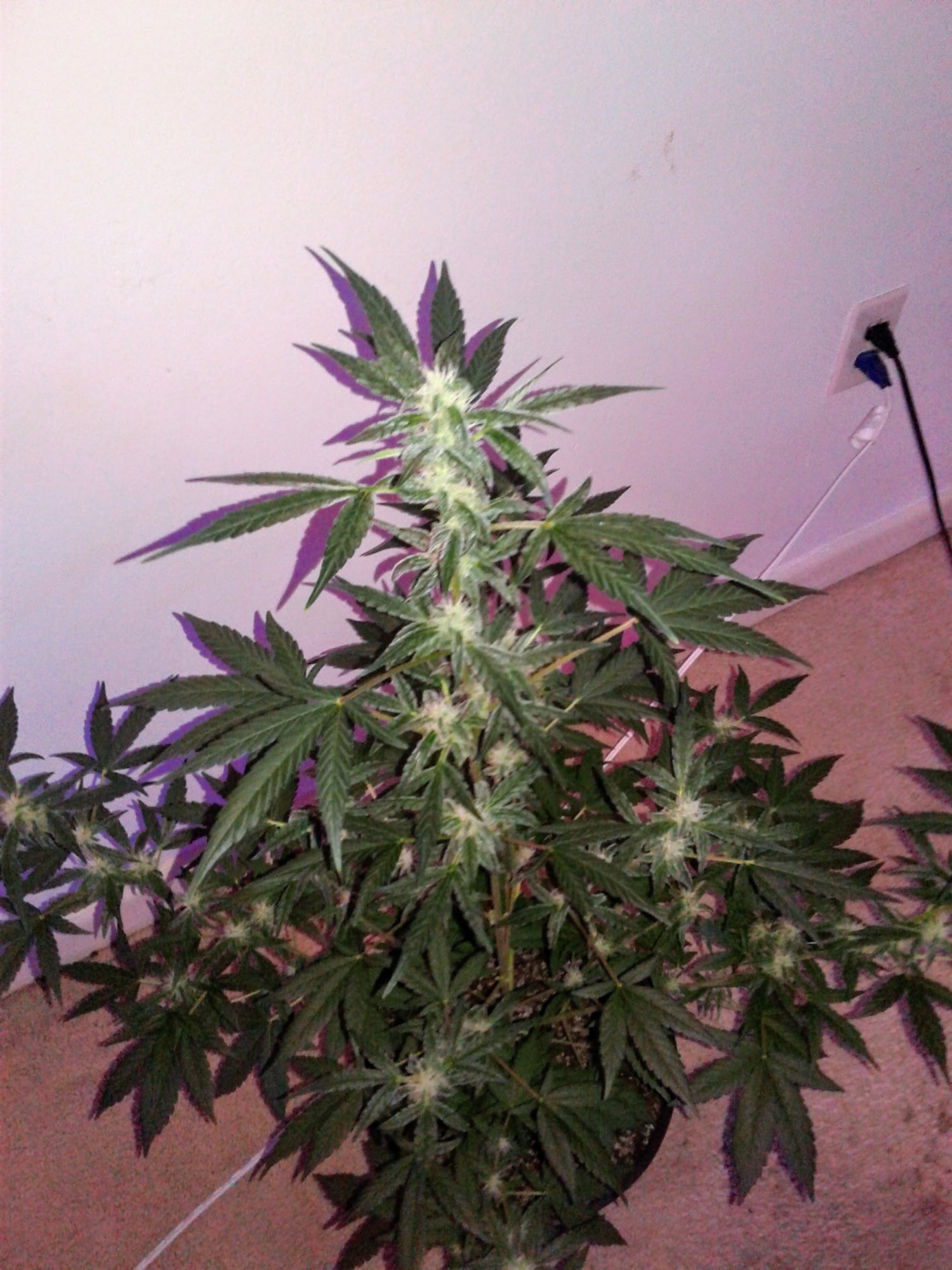 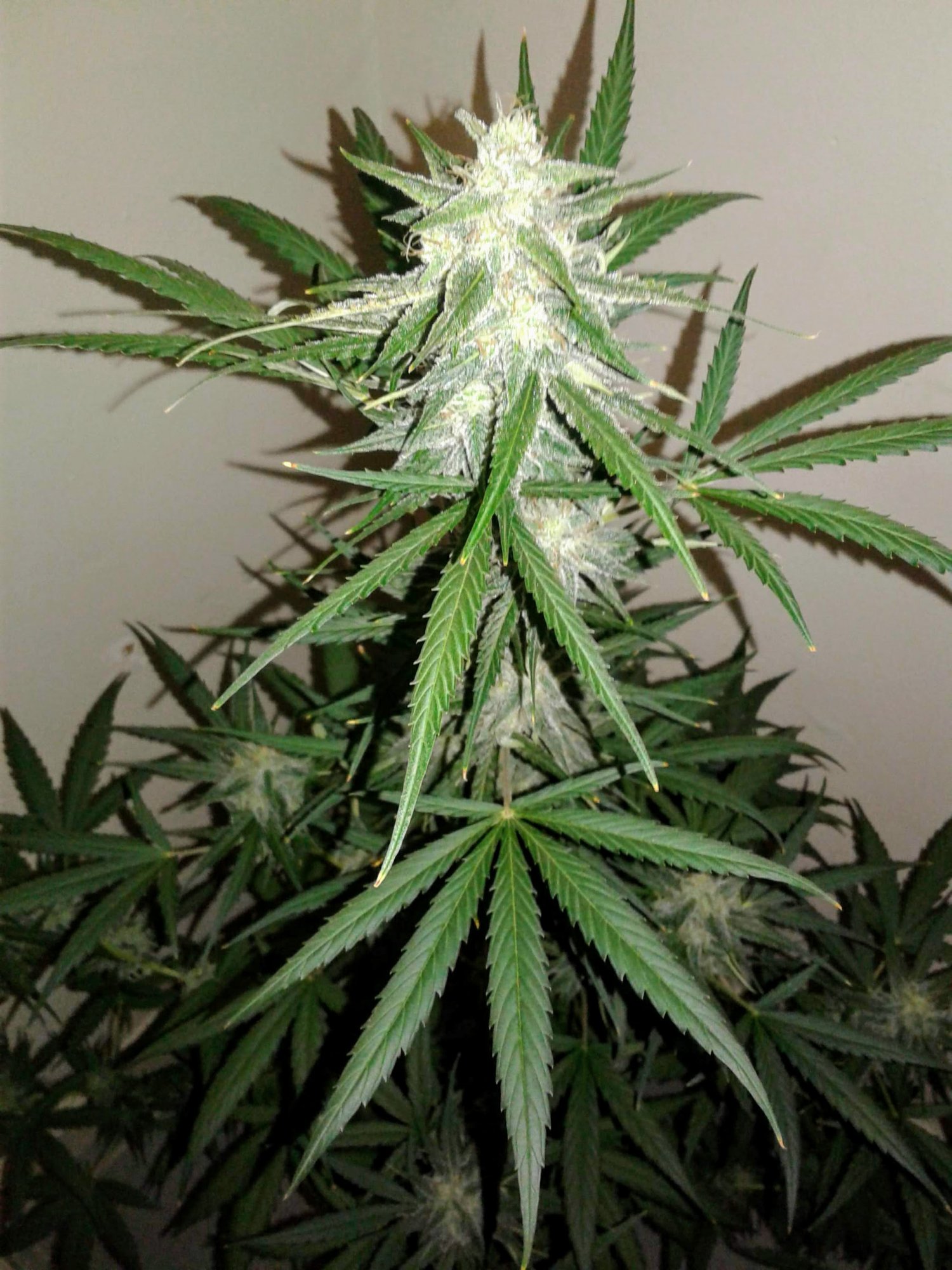 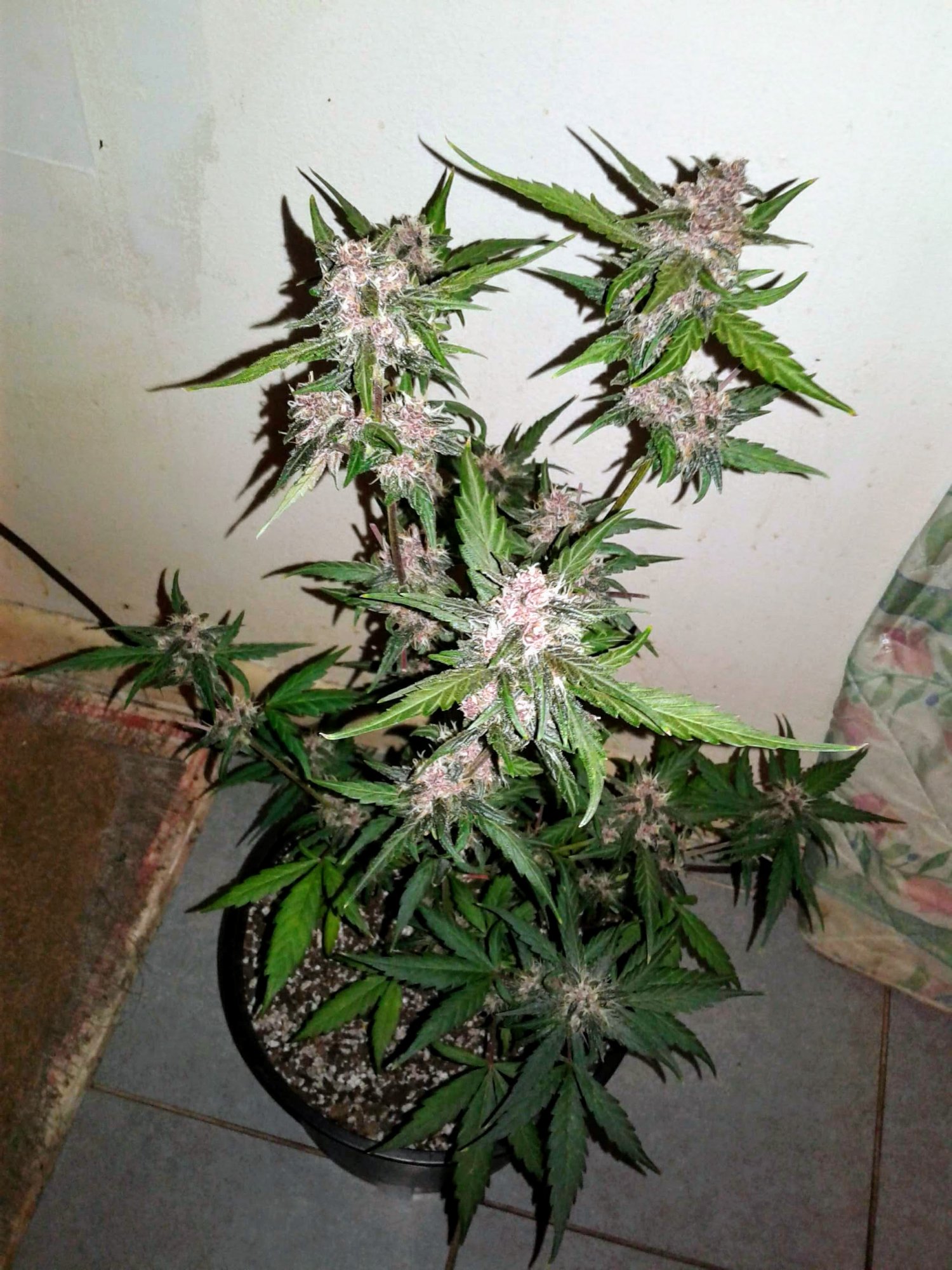 Trying to make sure I have sufficient light in the 4x4 for veg and flower, I will be running AC as needed to keep temps right. Someone guide me in the right path I’m worried about too high temps, I tried running a ts600 in a 2x2 once and it got in the high 80’s without ac

The plan has been pushed back to the beginning of 2021, my girlfriend decided to get me a 5x5 Mars hydro grow tent. Will two viparspectra p1500’s and a 250 true watt blurplue suffice? Plan on stripping the hardware from both of my tents and putting it all into a 5x5

Dude that's all you can ask for, those are great temps!
How you do anything is how you do everything.

Viperspectra are really good lights, i grow autoclowers and they luv the blue as there 2 cycle, you need a 600w 2 cycle reflector series for that size tent, if your growing photoperid plants check out spider farmer lights there a full spec light on a quantum board with Samsung diods, i luv the 2 cycle bc i have a theory that full spec could cause my autos to flower early bc they have red and ir, this would be fine for a photo bc it imitates natural sunlight and autos are run different, you could get a viperspectra delivered for $150. i have been running mine for 3 years or so with no problems and luv the way u can run blue in veg then switch to red for bloom but for a 4x4 1.200w is way to much light. Pics Skywalker last run now running 3 bears og. 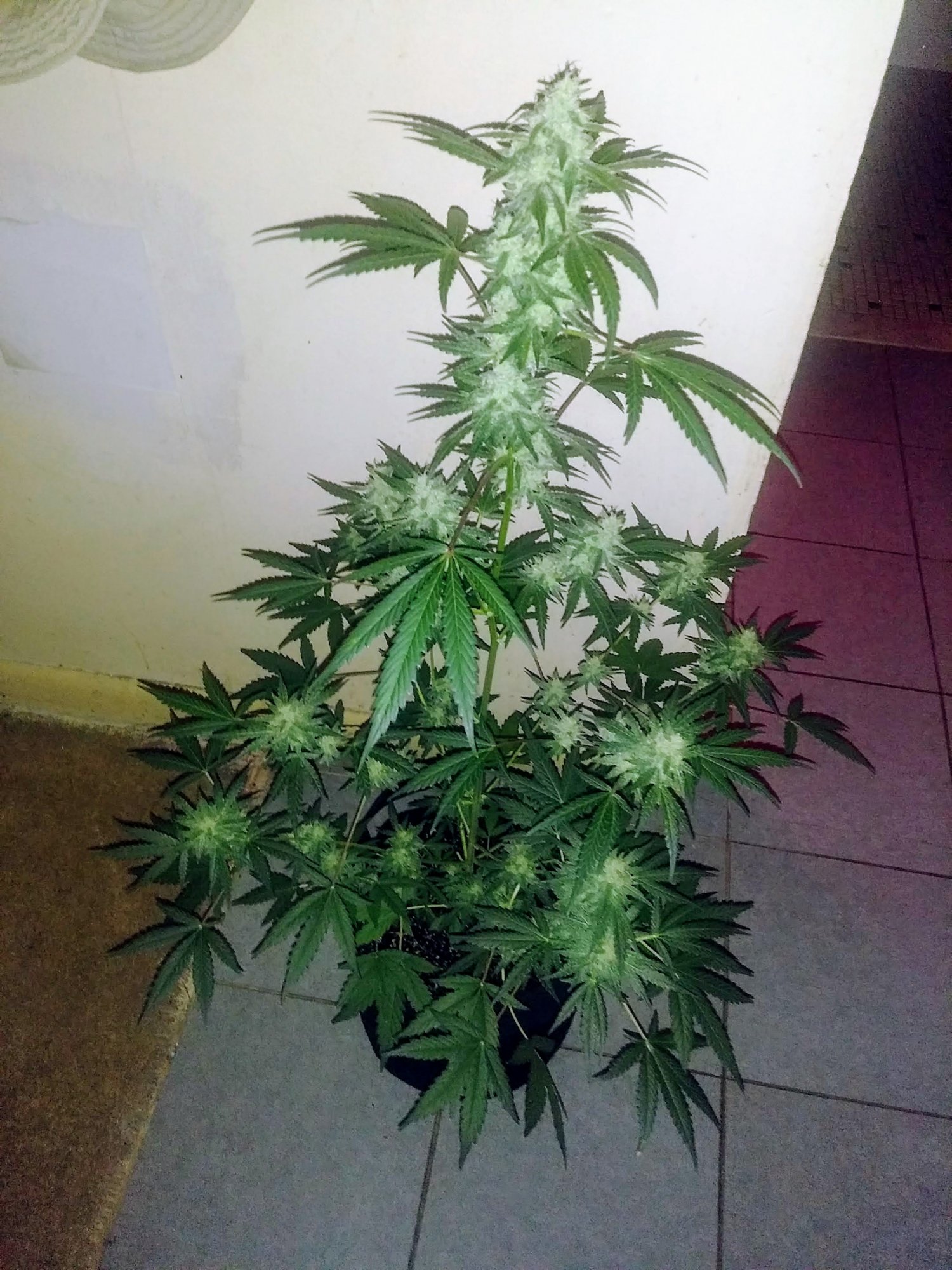 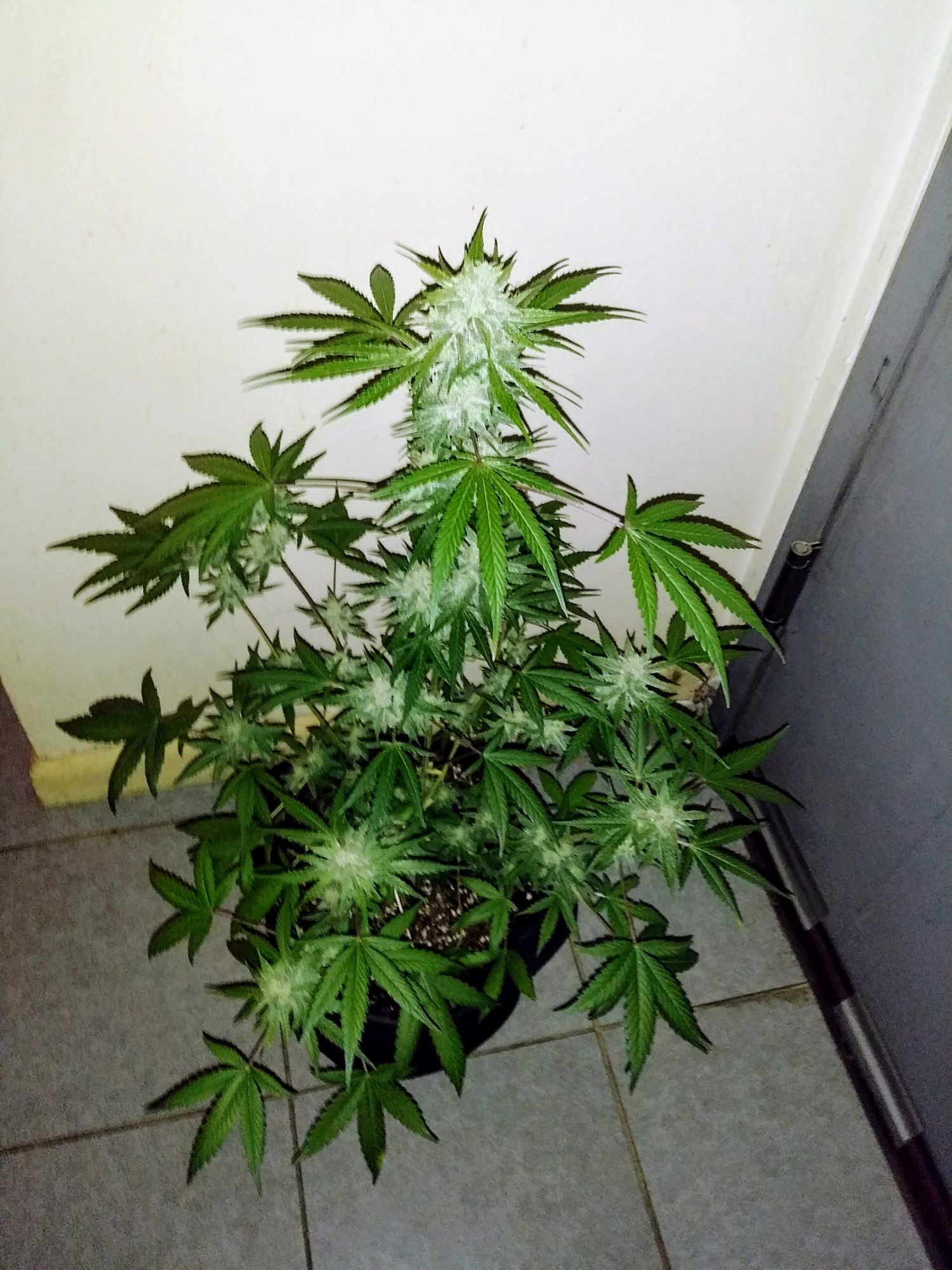 @HygrowLightingSolutions what can you guy recommend?

would I be able to install an AC infinity s4 and t4 inside a Mars hydro 5x5? I’m combining both of my tents one RDWC, and one soil ( such slow growth) into one big RDWC tent in 2021

And here it is, 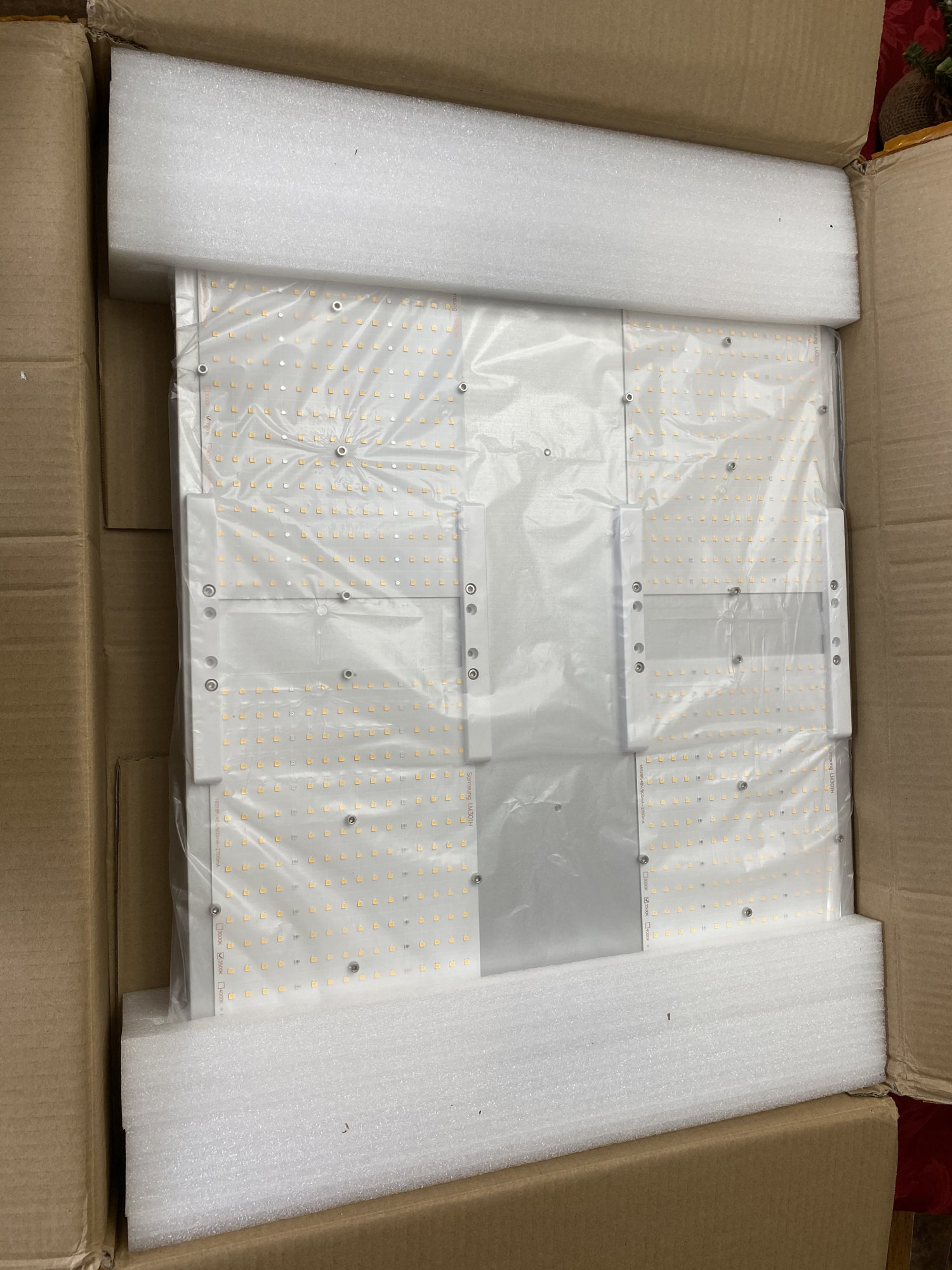 Growrx said:
would I be able to install an AC infinity s4 and t4 inside a Mars hydro 5x5? I’m combining both of my tents one RDWC, and one soil ( such slow growth) into one big RDWC tent in 2021
Click to expand...

Still wondering if I’ll be able to run two 4 inch inline fans for exhaust? Or one exhaust one intake? Both on a carbon filter.

the answer is yes! A little bit of tweaking to do but I was able to fit both of my ac infinity 4 inch fans plus the carbon filters for extraction 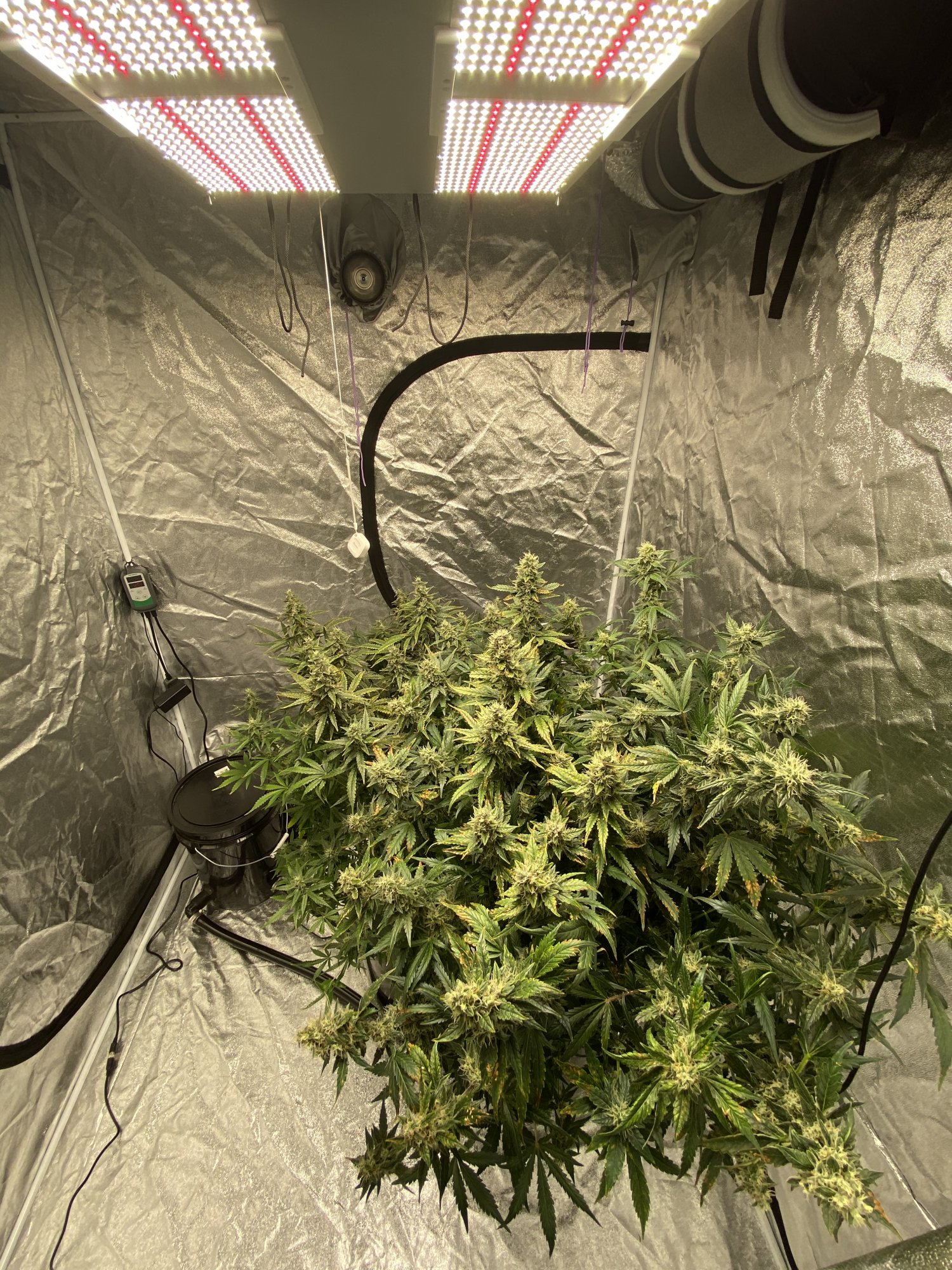 Currently waiting on these to finish before I start building the 6 site RDWC system.
As far as genetics go, I’m leaning towards running all photos (exotic genetics specifically) this round but we’ll see 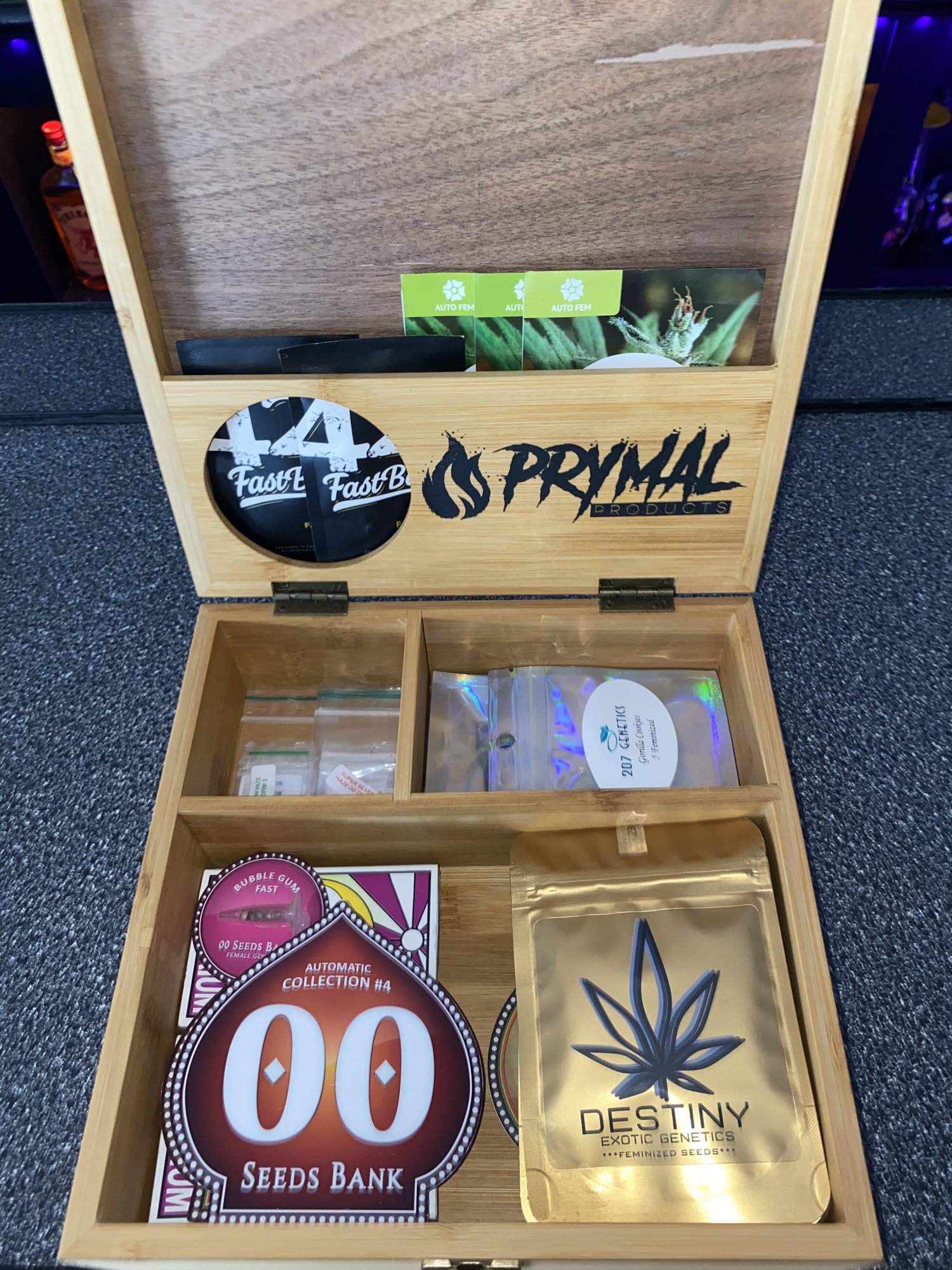 Was able to scoop these up as well! Going to save these for a future breeding project I have planned. Super excited to add these and wrap up the seed buying for a bit.

Just finished building the RDWC system, currently waiting on my 2 plants to finish and we’ll be up and running. 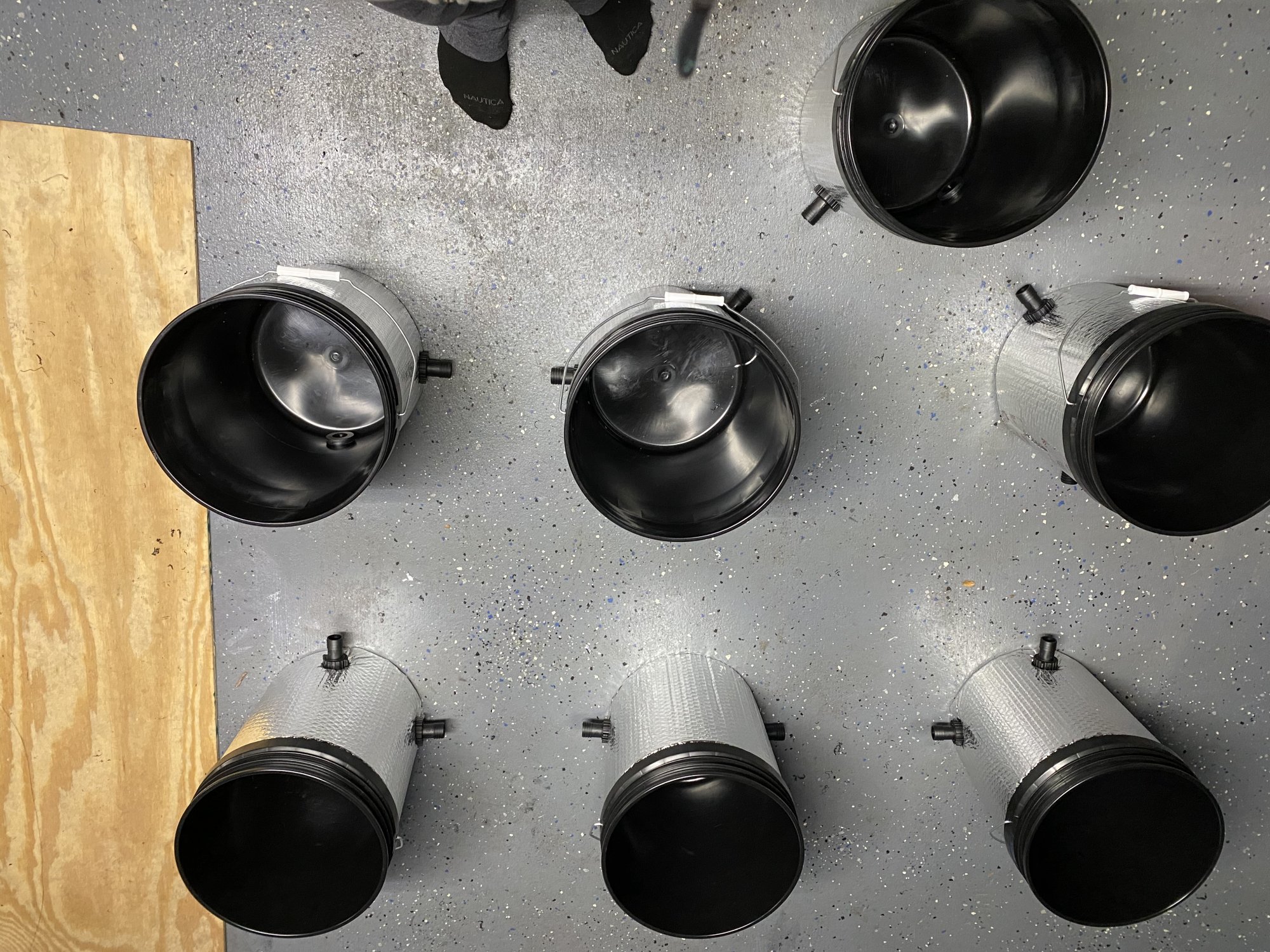 Has anyone tried the vivosun vs1000

I
First grow! Am I going this right?

D
What LED grow light should i get for my 4x4 tent.

Thinking about buying this lights