Update: The Mars-hydro SP 3000 has been properly installed. The clones that were under it have moved on and are doing really really well. I put this success down to this light. Its not the only factor be it has played a huge part. I hadn't taken the time to properly install the light because it was 1 cm or 10 mm too long! Honestly. So I had it sitting at an angle across the area which although did the job it wasn't ideal. I did have to cut the side of the "hutch", just a centimeter wide by 8 centimeters long, enough to accept the end of the unit and allow me to fit the light as high as possible ( I removed the driver and dimmer/ on/ off switch ) and in the center of the " grow" area. I now have a huge 22 and a half inches or 507 mm, just over half a metre from the surface of the light to the floor. I've doubled the space by changing the light. I also use 60 to 70 % less electric because this light is running at 25% power. This is replacing 2 x 200 watt CFL and the reflectors that house them. I also squeezed the 4" carbon filter in above but between the two reflectors. The filter now sits along the back wall, clear of the light, slightly lower but still well above where any plants will be. Things were very tight, there was no room for the " Secret Jardin" 6" fan I have now been able to fit in the left hand corner.
Now everything is fitted in place and the " Hutch " is ready for the next batch of rooted cuttings/clones to grow on until the flower room is empty, again.
The light was not cheap but its already paid for itself in the way of the quality of the clones that were grown under it, even before I fitted it properly. Being dimmable, unlike the sp 150, means the light itself doesn't have to be moved up and down because I can just adjust the light to suit. It wasn't turned above 25% for the last clones under it but it was half the distance away from the plants. Now its further away I should be able to turn it up a little. So far, so good. 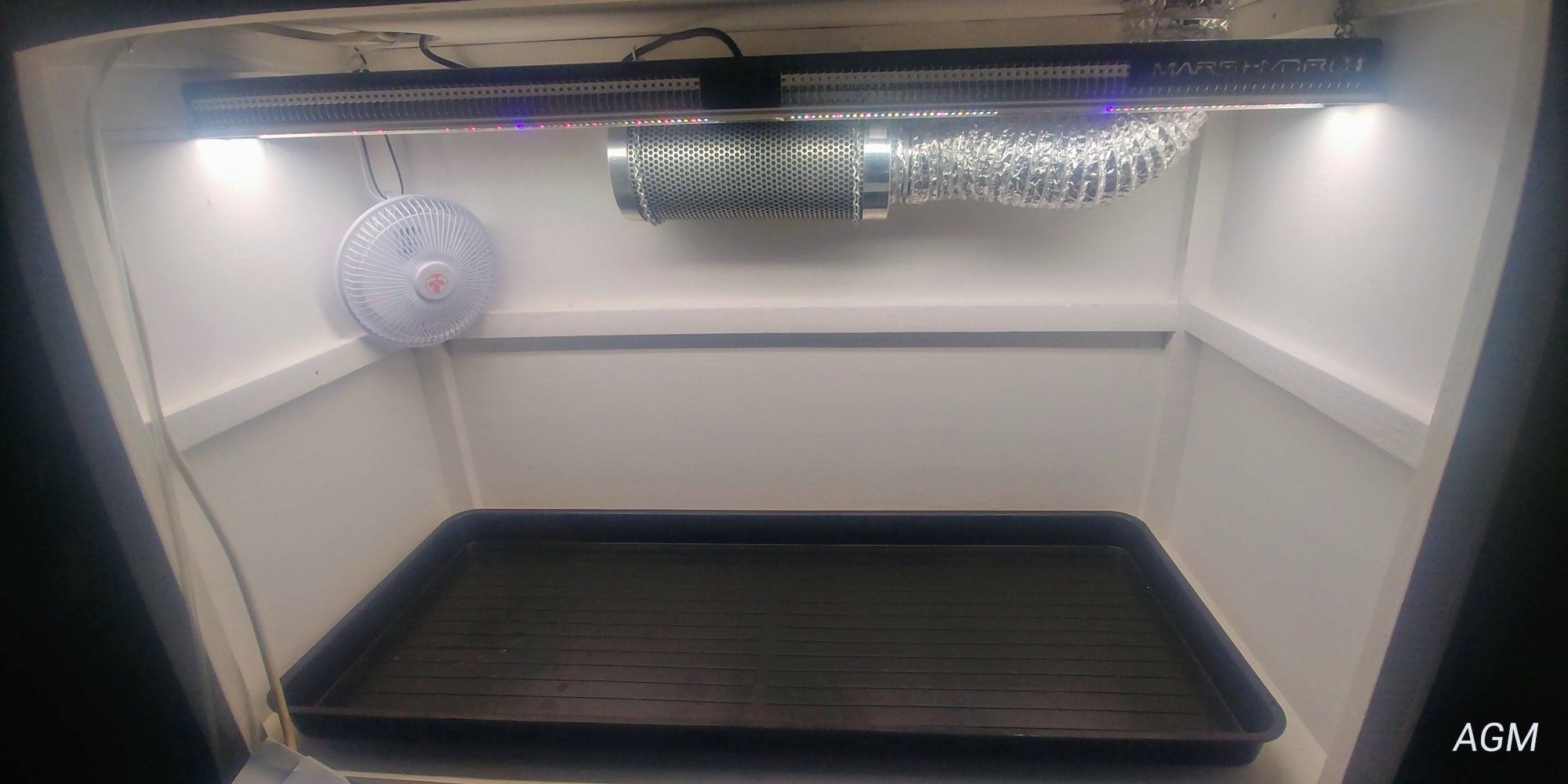 Which LED setup is best for a 4x4 tent?