Anyone that has grown ogkb knows how Oily and dank this plant can be. For a rosin love like me, if a plant like this had size, it would be really worth something to me, which is why we crossed it with our Loctite male that is done so well with so many other crosses to give its size, vigor and frost. But if you've ever tried to breed you know it don't always turn out like you want. This cross didn't have a good germination ratio and the mother didn't produce a lot of seeds. I'd like to document the first run, in search for parents for an F2... peace
If you're not red-eyed what are you?

Interested to see how this turns out. Good luck with your grow. 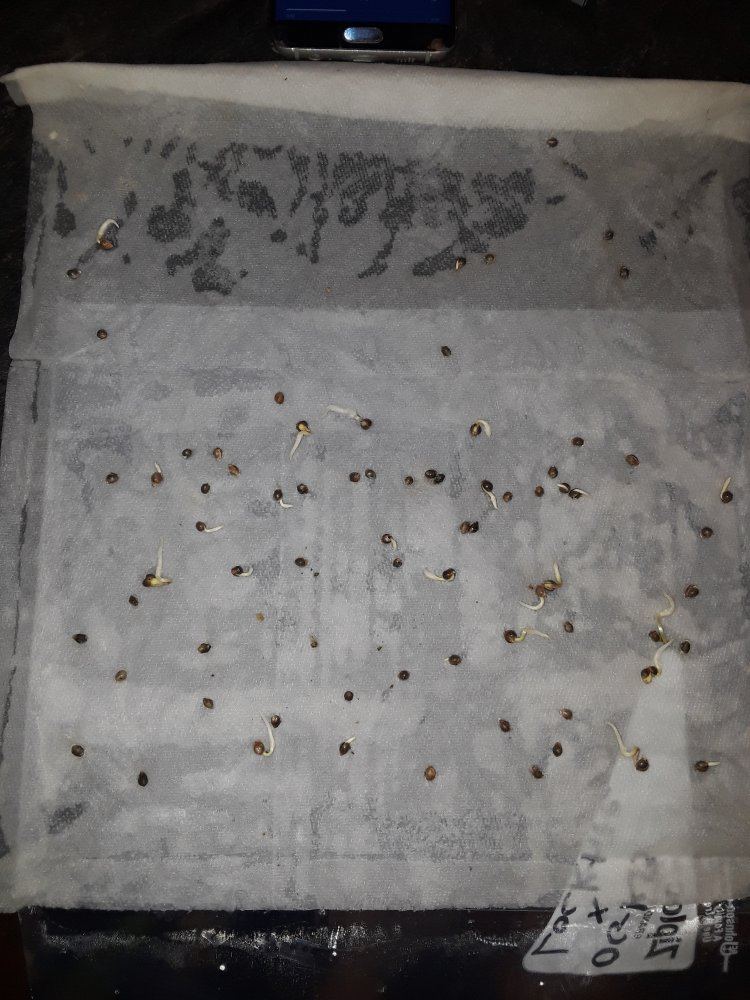 I hand pick 50 seeds, I missed a couple pictures along the way but I had 30 total that had tails, I'll get a picture in a recent update of the ones that are doing good. Some of the testers that we sent this out to had a bad germ rate, a few of them had ones that popped and they just haven't grown them out yet. a few of them that haven't any Germ at all. so the f1s won't be released there's very few of them anyway, only a couple hundred lol

love to see how other people do IT,thanks for sharing and GL with your breeding. Sounds like a great project that would interest many 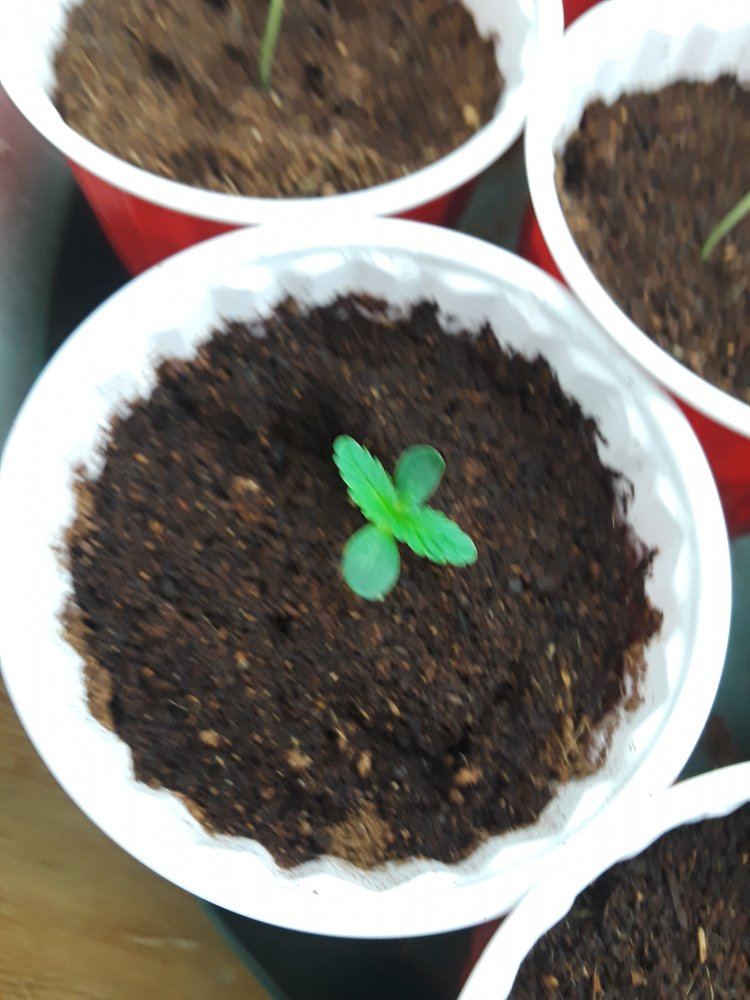 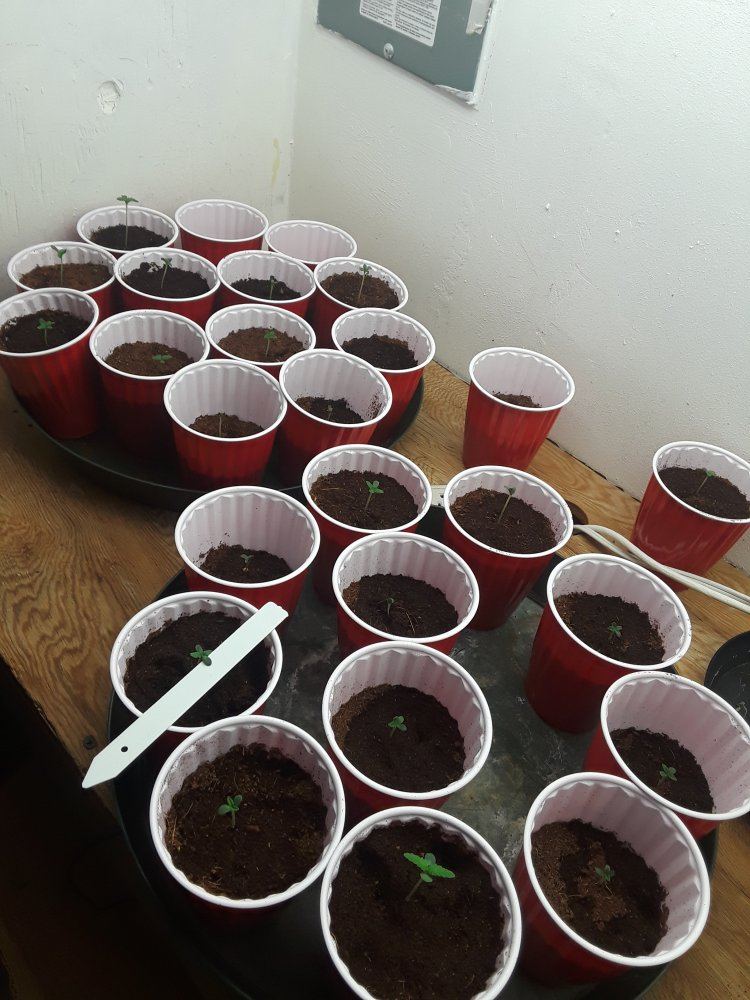 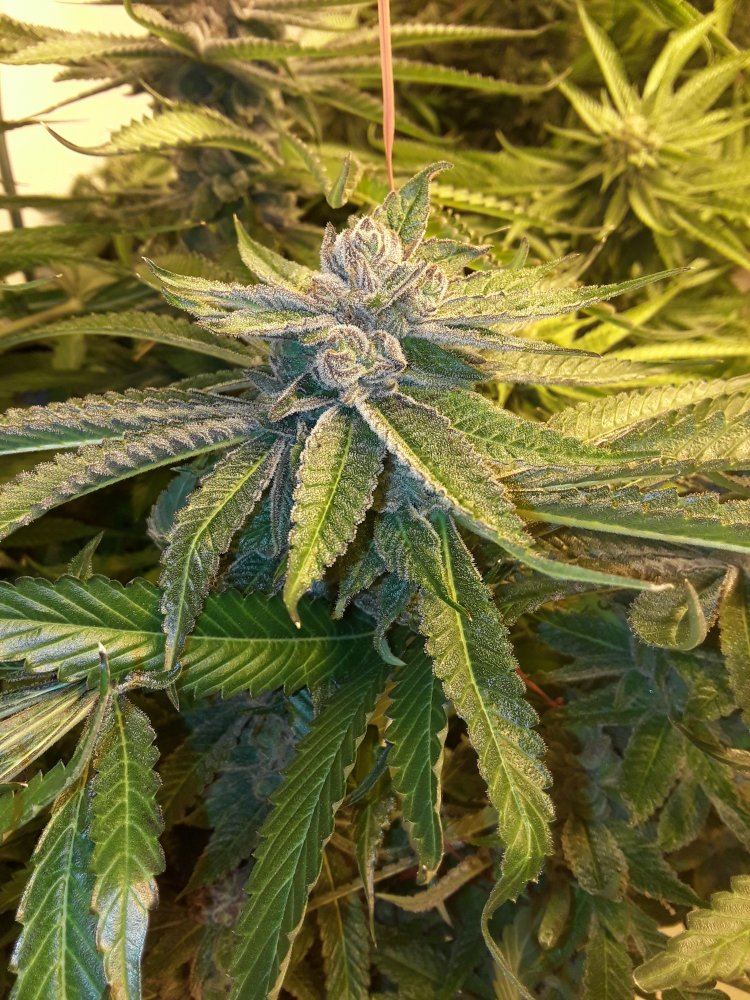 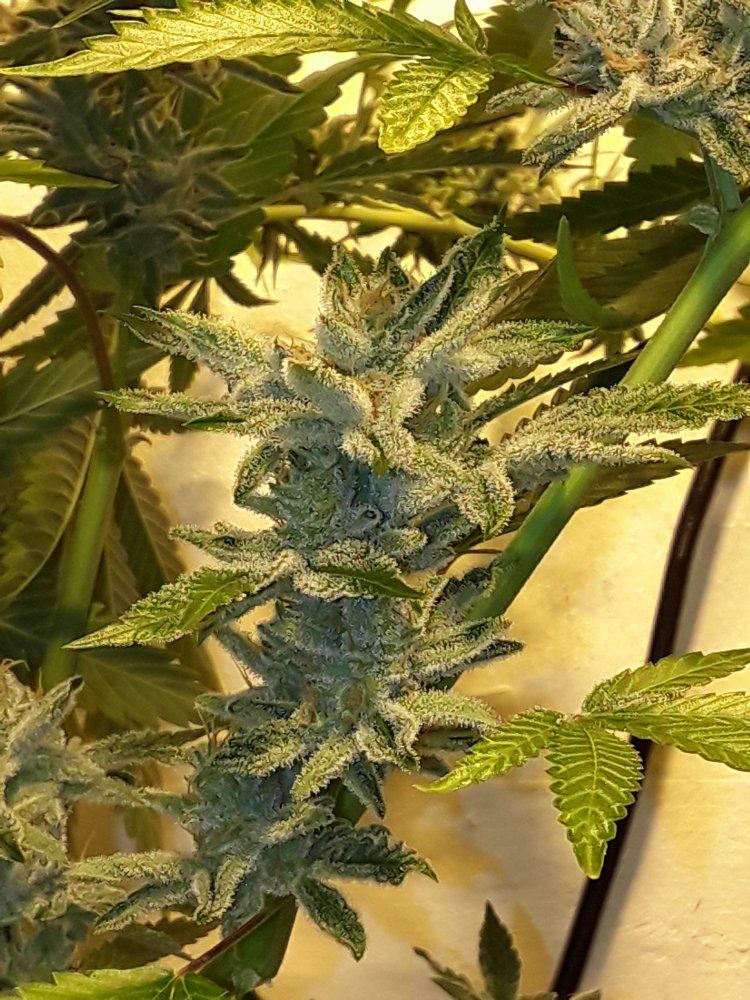 Welcome to the farm:) mmmm...ogkb. Best wishes on your project. That blueberry opus made my mouth water!

Thanks bro, it's been a long time since i was here, and even back then I don't know if we had a big Presence at the farm, we did a lot of testing back in 2010 to 2012 and had a couple different forms that we post it on. I might have screwed a couple of the seedlings up, trying something new but you got to have fun once in awhile LOL I think I still have 16 to 18 that are looking good so of course the project goes on. I have some other seedlings of some of our other strains in another area we might end up running them all in smaller pots in one of our flower rooms just to see how they turned out and of course keeping an eye out for those special ones, but we'll see how it goes 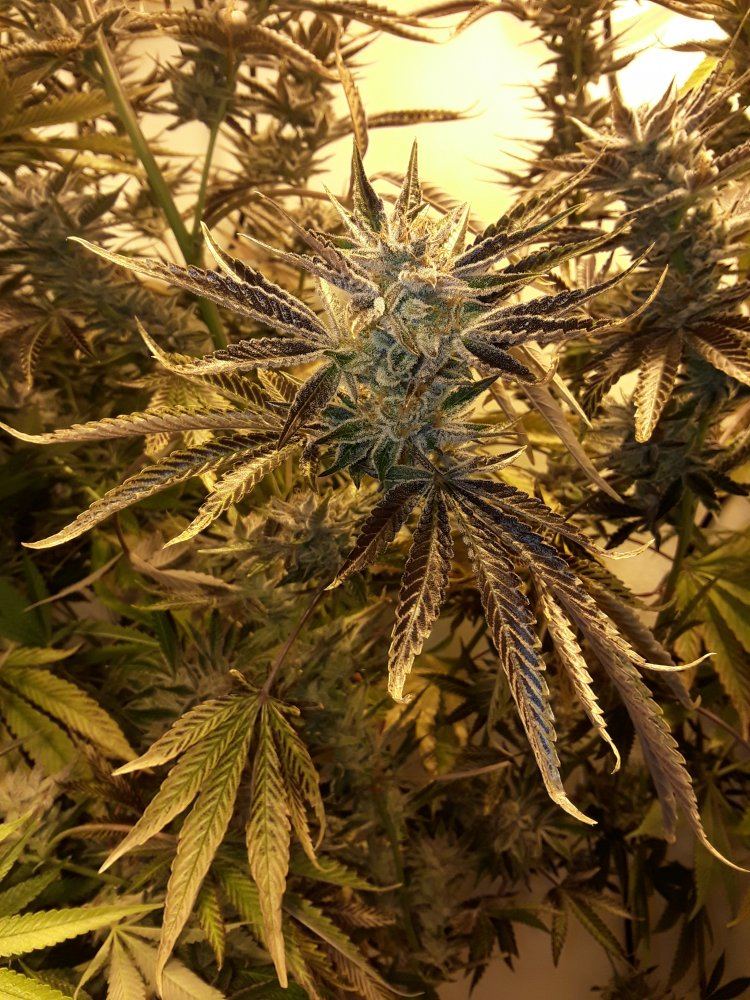 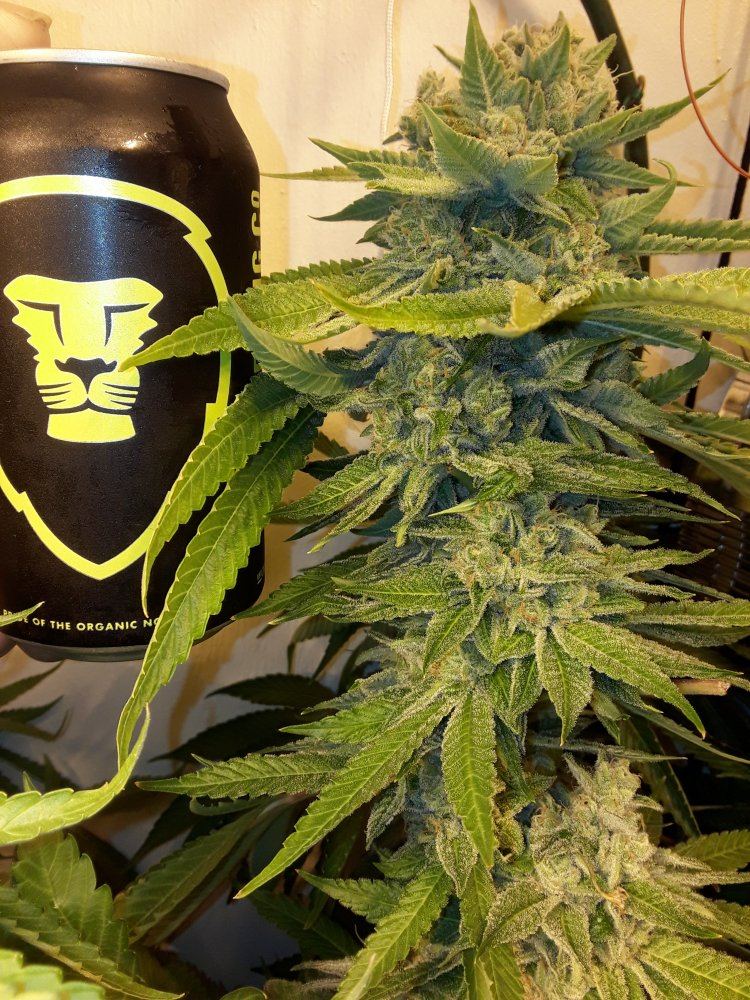 Sorry for being away so long, it's been a busy few weeks, you know how cropping and curing goes, when I came back and introduce myself again I promised at least one or two posts a month so I got to get with it. it's almost been a month since I posted LOL. Seedlings are usually kind of the boring period anyway, just to let people know even if you've been doing it for years sometimes things will still go bad for you once in a while we started a new batch of seeds only did 25 this time the other ones kept dying little by little thought it was something new that I was trying that I was putting on them now we're thinking it wasn't because it's still happening and we went back to the stuff we've always used but we've tried a new brand of Coco and we're pretty sure that was the problem because the same thing happened all over again bunch of them died and not just the one strain over three different ones but no need to dwell on the past let's get moving forward, I might have to change the title of thread because we'll be testing three different strains the ogkb had a bad germ rate still does we're not releasing it in F1s the chocolate Thai X Loctite (choctite)some of our testers have seen Herms but are requesting more seeds because the ones that don't hurm have been outstanding in trichome production not to mention chocolate Thai has a very nice sativa high LOL, the third will be batch 47 a small side project we've been playing with. 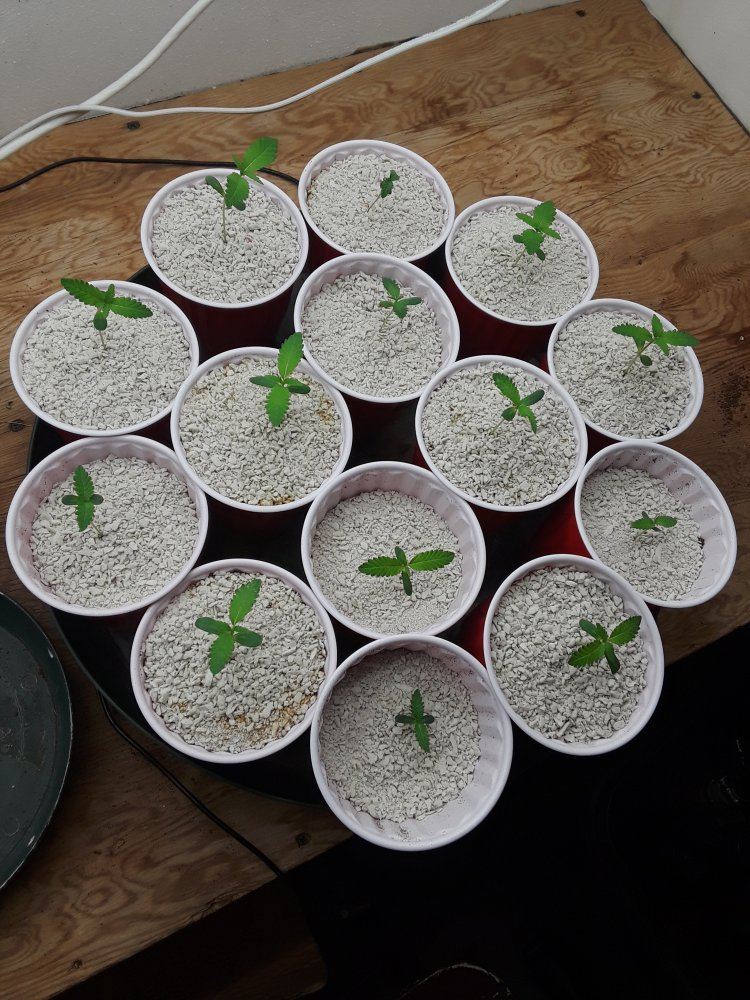 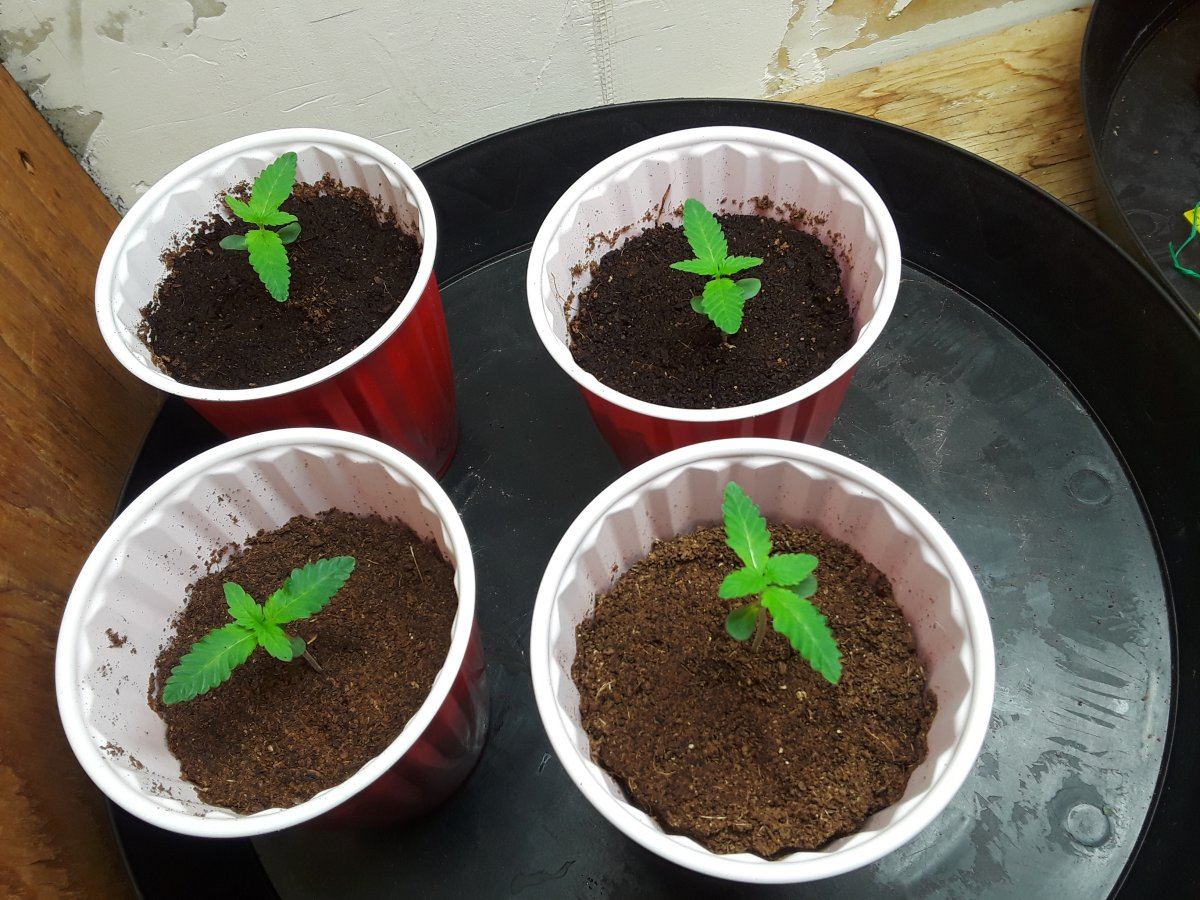 Here's the seedlings, things won't get interesting till they get a little older LOL 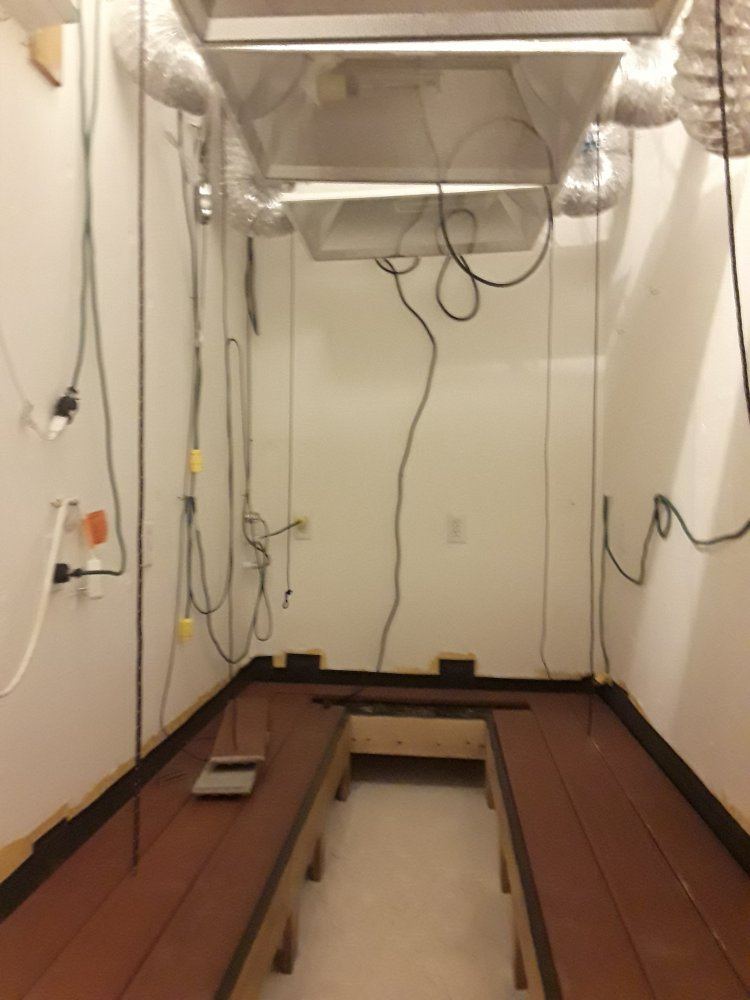 Here's the room that's getting prepared for these little ones

Ya, I'm still here lol, we are just so busy this summer rebuilding decks fixing Jeeps, remodeling bathrooms lol. Here's a picture I took a couple days ago. The first 4 on the right are ogkb x Locktite, ya the front one is only 2 inches tall, there are two batch 47 that are growing ultra slow as well, they will all eventually get culled but just haven't done it yet lol
The batch 47 are in the back and the choctite are on the left 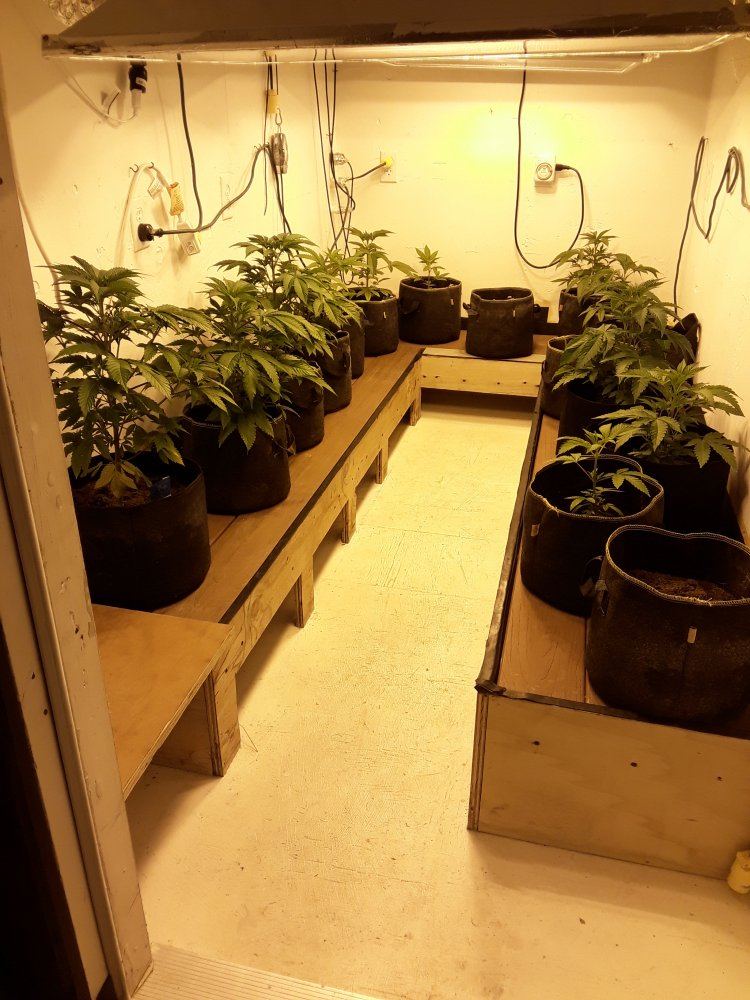 What's everyone's thoughts or suggestions for my outdoor season!!

Fell into mainlining but can already see the possibilities.

What does hybrid vigor look like? Are traits of hybrid f1 generation equally shared?