Australian Schapelle Corby, who was sentenced to 20 years jail in an Indonesian court for drug smuggling(SN reported) has suffered a "total mental disturbance" according to an Indonesian doctor. Corby was taken to Sanglah Hospital in Bali on Friday.

Dr Leli Setyawati said Corby "has suffered a total mental disturbance. In our estimation Corby must be treated for one to two weeks. If (her depression) reaches a critical level, we must consider moving her to a mental institution."

Corby has had trouble sleeping and can't eat since being told her final appeal was unsuccessful a prison guard said.

Corby was found with 4.1kg of cannabis stuffed in her boogie board bag in October 2004 at Bali's airport. 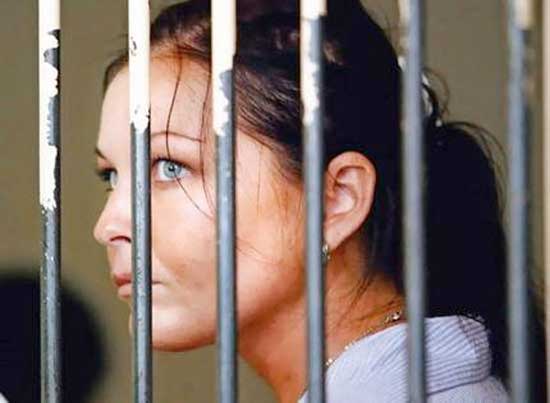 20 yrs in an Idonesian prison....fuck that... just for some cannabis.

At the very least the Australians should try to get the Indonesians to let her serve the term in Australia.

Its unreal how they can do that for having a plant

i Cant believe they are still holding her...What a backwards country...Seems like the US to me ...LOL...I feel for her....They should let her serve cher time in her homecountry!
S

dam that sucks i feel for her!!!ill take a toke for her
R

Note to self: Leave weed at home when visiting other countries.
T

That's 9 Lbs, Illmatic, too bad she got caught.

Some guy with a light

I find it interesting that just a few weeks ago a Japanese passenger got home and found a bunch of drugs in their suitcase that obviously wasn't theirs...so they report it and the police and the police tell them that it was their mistake and that they were doing drug dog training and lost track of several planted parcels during the training exersises, They indicated it was common practice to actully put the planted drugs into actual passengers luggage and they intercept and remove in the course of their training. So far only one has been returned...

She could be caught up in some wierd shit like that and being foriegn on top of that, they don't play when it comes to drugs over there but they will never admit to anything like that now, they got themselves an Australian drug smuggler...OooooEeeeee and a good lookin one at that..

i was in aussie at the time of her trial,she said she was stitched up and was trying to get the weed tested to prove where it was grown
B

i dont reckon she was carrying it on knowingly ,,that weed would cost pennys over there ,i remember when i first heard this on the ews


MICHAEL Corby, the late father of convicted drug smuggler Schapelle Corby, was involved in the drug trade for at least three decades, it has been alleged by a family member.

Cousin Allan Trembath alleges that Corby was well known in Mackay as the local marijuana dealer, and moved large amounts of cannabis around Queensland.

"I was in the Kooyong Hotel having a few beers and Michael walked in and he approached me and basically straight out he said, 'Do you want to earn 80grand?"' Mr Trembath told the ABC's Lateline.

He said Corby then offered him the money to sail a boat from Mackay to Cedar Bay to pick up a load of marijuana and deliver it back to Mackay.

"I thought, $80 grand, I could do with that. But if I get caught, 10 years in jail - at eight grand ayear when you've got three little kids - didn't sum up, so I refused."
Mr Trembath's father is Michael Corby's uncle. Their parents were siblings.

Corby, who died of cancer early this year, denied knowing anything about the drugs found in his daughter's boogie board bag at Denpasar airport in 2004.

Suspicion fell on him, however, when it was revealed that his one-time neighbour and friend, Tony Lewis, was convicted in 2004 of selling drugs that were packed in vacuum-sealed plastic bags of the type found in Schapelle's boogie board bag.

In May 2005, The Weekend Australian reported how Michael Corby had admitted to his drug record. He said he had been caught with a quantity of cannabis in his late 20s, but denied the drugs were his.

"I got a $400 fine for about 2g of marijuana which wasn't mine," he told The Weekend Australian in 2005. "Some girl had it and they busted the whole joint and I had to go along for the ride." He said his own drugs charges were laid during Joh Bjelke-Petersen's reign.

"They (the charges) were all scrubbed, because it was the Bjelke-Petersen days, where if you had an ugly face or you were in the wrong place you got pushed around."

Lateline also alleged that three weeks before Schapelle Corby made her ill-fated trip to Bali in 2004, a Queensland police informant told authorities that Michael Corby Sr was trafficking drugs into Bali.

The police informant and former heroin addict Kim Moore told Queensland Police that "Michael is involved with the transport of these drugs" and that "large quantities are being moved to Bali".

Ms Moore told Lateline that the "Michael" in her statement was Michael Corby Sr.
She said Mr Corby was "very close to Tony Lewis and he is involved with the making that Tony does with his drugs, and the running."

The program said flight records showed that Mr Corby travelled to Bali on September 4, 2004, or four weeks before Schapelle was arrested at Denpassar Airport.

However, last night a spokesman for Queensland Police said an investigation into statements made by an informant against Mr Corby had been investigated and were found to be unjustified.

He said a full investigation had failed to link him to any involvement in the drug trade.

Michael Corby moved to Middlemount, Queensland, in the 1980s, where he lived next door to Tony Lewis. Ten years later they moved to Iveragh, on the Queensland coast.

The ABC alleges that Ms Moore made her statement to police on September 16, 2004, three weeks before Schapelle Corby was arrested in Bali.