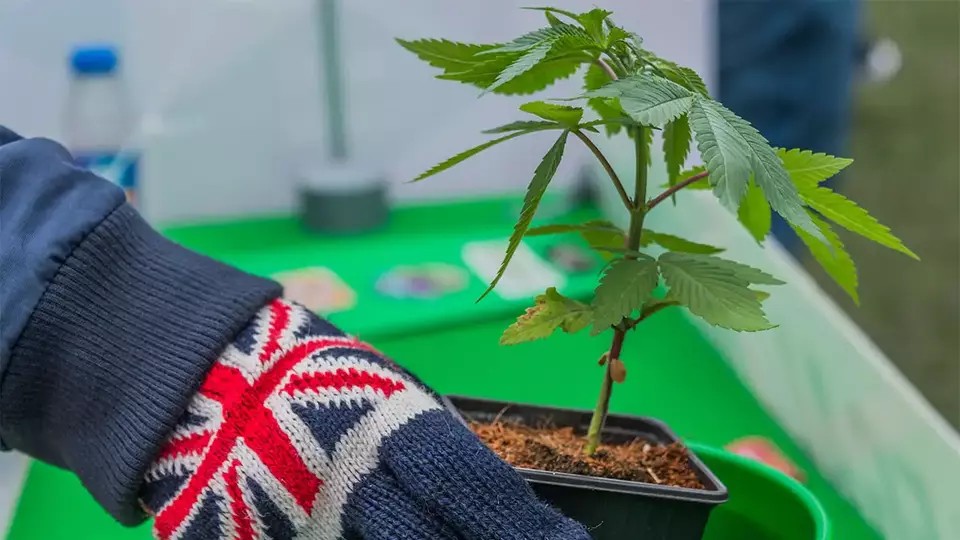 In the decades that I have been writing about cannabis prohibition the best description of the UK ¨debate" may be the French saying that the more things change, the more they stay the same.

For example, in 1997 The Independent on Sunday newspaper's editor, with the wonderful name of Rosie Boycott (I'm happy to report she is now the Baroness Boycott) endorsed the decriminalization of cannabis. She was met with derision, called ¨Rosie Rizla", for the rolling papers.

Now over twenty years later, on February 24, 2020, The Independent ran an Oped claiming, "If cannabis is ever used by doctors for chronic pain, spasticity, Parkinson's, arthritis, sleep disorders, low mood and all of the other 53 conditions touted for its use, think of the abuse, the addiction rates and the over-prescription. It's going to be carnage.¨

The author is a medical doctor who seems never to have heard about the former colonies, US, Canada, etc, so where is the carnage? But maybe the real question should be "Where is the editor?"

But the law is very unevenly enforced. Being caught with less than an ounce generally results in a fine. And it depends on where you are in the country.. and society.

So in the real world cannabis prohibition in the UK works pretty much the same as it still works in parts of the US, and much of the rest of the world, etc. Be careful, white and prosperous and it will only cost you a small fine.

However, there are other parts of the law that are not so "nice."

The National Institute for Health and Care Excellence (Nice) has blocked cannabis-based medicinal products (CBMP) for routine use, and without Nice approval very few doctors can prescribe CBMP.

This is precisely where we would be in the US today if the states had not been able to defy the federal government and allow patients to buy federally illegal ¨medical marijuana."

The ¨Catch 22¨ is that there is very little medically acceptable evidence that cannabis is safe and effective... because the UK government, like the US Federal government, has blocked research. However, NICE did approve Nabilone, synthetic THC for cancer patients suffering from the side-effects of chemotherapy.

Drugs.com says, "Adverse effects (of Nabilone) may be similar to those of marijuana:

In other words, they have approved synthetic THC, but not whole cannabis, However, CBD (cannabidiol) is legal in the UK, so long as it does not contain THC. So...

Whole cannabis, AKA marijuana is illegal because it has THC, but Nabilone, a synthetic version of THC, which is supposedly what makes marijuana dangerous, is legal. And CBD is legal unless it is combined with THC, which would make it marijuana, which is illegal.

But it gets even better. In the UK, there is a unique obsession with a variety of cannabis-hemp-marijuana called SKUNK!!!! OMG!!!

Skunk got its name from its odor, but it got its reputation via a symbiotic relationship between prohibitionist propaganda and cannabis marketing. It is a somewhat similar manner to how "BC Bud" became the darling of both the DEA and Canadian growers.

Of course, contraband lends itself to exploitation by both sides, at the expense of the buyer. In the real world, real Skunk is just relatively high THC and low CBD, because CDB seems to mellow out a THC high.

In any case, according to The Telegraph, "The National Health Service has opened the UK's first ever cannabis treatment clinic in response to soaring levels of "skunk"-induced psychosis.

"Users of skunk, an especially potent form of cannabis, are presenting with symptoms of psychosis at an alarming rate according to the psychiatrist leading the pilot clinic based in King's College London."

NORML Deputy Director Paul Armentano pointed out that it would be "premature at best, and sensational at worst" to conclude a causal relationship exists between marijuana use and psychiatric disorders.

Armentano noted that rates of psychosis and mental illness have remained largely static over the decades, even though marijuana use has waxed and waned in popularity.

"This fact undermines the theory that cannabis exposure is a direct cause of psychosis in otherwise non-predisposed subjects, and instead indicates that those most likely to express psychotic symptoms probably possess a predisposition to both cannabis use and psychosis," Armentano said.

There are several key points here.

A study published in The Lancet showed a significant correlation between "high potency" cannabis and schizophrenia, but as Armentano pointed out, correlation is not causation.

The contribution of cannabis use to variation in the incidence of psychotic disorder across Europe (EU-GEI): a multicentre case-control study

The Lancet study notes ¨Our potency variable does not include the proportion of another important cannabinoid, cannabidiol (CBD),34 because reliable data on this were available for only England and Holland " (And there it was very limited. Dutch cannabis is still contraband when it is produced.) So it does not address the role that CBD might play in reducing any consequences from using high THC/ low CBD cannabis.

The other problem with any study like this, which they acknowledge, is that "high potency" is hard to measure. Of course, there is no standard dose for any contraband, and in any case, two tokes of "low potency" cannabis may become "high potency." Cannabis prohibition also makes it more difficult to measure both harms and benefits.

Also, people with mental and emotional problems also tend to be heavy tobacco users, as observed in "Evidence of a Causal Relationship Between Smoking Tobacco and Schizophrenia Spectrum Disorders"

"The association between tobacco smoking and Schizophrenia Spectrum Disorders is of growing significance. There is evidence that nicotine alters signaling in the dopaminergic, cholinergic, and glutamatergic neurotransmitter systems, particularly in adolescence."

Consequently, it would be difficult to determine whether any mental problems result from cannabis or nicotine, or a combination of the two, or simply from pre-existing conditions.

In any case, these reports do not prove that prohibition is the best public policy for addressing these issues, and certainly would not justify depriving sick and dying people the use of medical cannabis. But that is exactly the UK policy today.

So whatever happened to the ancient liberties of the English? When did the "medical" establishment gain such arbitrary power to determine whether sick children could use a plant extract?

And where is science? For example, alcohol abuse remains a leading cause of mental and physical health problems in most western countries. The UK´s problems with alcohol far exceed any problems associated with cannabis. So for real schizophrenia, observe the contrast between suggesting that alcohol be banned and the suggestion that cannabis legalized.

I am praying for the day come on