whats up fellow farmers, I was wondering if anyone has any experiences with @cannarado Super Silver Haze male and how the kids come out. I'm on the hunt for some hazy deliciousness and I've heard his SSH beans were from real old stock so I'm hoping that could be a solid way to go. And his Sour Dubb crosses look super dank as well so I wouldn't mind scooping some up til his Dubb crosses drop :)

I can't belive no one has responded to this @SourDank Yeah, you Nadu already know but you won't go wrong with his crosses. A friend of mine just popped 1 of his adub crosses. I got his Suge's Pure kush x The white (not germd yet). Can't go wrong Adub crosses. I'm running Obsoul33t's adub killer and it's a standout and is loud in the garden. Hope u scored some of Connarado's beans!
I smoke 2 joints
before I smoke 2 joints
and then I smoke 2 more!

Your lucky to have those Franchise beans @DC105 , definitely on my hit list. Hopefully they're avail for us outside of Cali soon. But yea man I just wants some real haze, not just something that someone called haze that's really only 1.5% haze from its great great great great grandmother lol. And I heard his was old hazy stock but was hoping to get confirmation from someone. Thanks for taking the time to answer brother. Respect

He's not someone that just puts shit out and ime he only fucks with the best shit so if he's releasing it to the public it's probably something special.. and better then the packs other breeders are selling for 200 so it's in your best interest to pick those up for sure

@SourDank I think @caregiverken has been dealing with him for quite some time now. I saw caregiverken posted at IG,that everything sent from Connarado was on point, everytime!

No problem @SourDank. Hey am I mistaken or didn't you use to run sour dub? Seems like I remember u posting a rediculous dub plant in flower caked with crystals.

@DC105 I wish brother lol, When I hear people describe her smell and taste I salivate. I actually have 30 Blue Power F2's, and the main reason I got those was because being that they're F2's I'm hoping to find a sick ass Blue Moonshine pheno and Sour Dub pheno. With potentially 14-18 chicks I assume I figure at least one should leave heavy towards those 2 parents, especially because they're F2's. Until the Dub finds her way to my temple that will do for now

Everyone of rados white crosses had a plant I have a hard time eliminating from my garden . even the white dominated ones that usually lack flavor are sparkling like diamonds . got a aj SD / wht plant that is some awesome day smoke , takes 84 days but worth the wait.

Franchise gear is avail to us a lot of new stuff too like glue tech , cookie tech etc but there 150/300 bill's seems to be the standard these days 2 bills a pack
ZeNeTiX GENRE east coast cannabis

Yeah the price of some of the grear out today has become rediculous. Especially some that barely contains keepers. OBS AND Connarado's gear are always on point tho.
T

The SSH are great, he used a 55-60day phenotype for the mom, and used some very old stock for the male inputs. I know the mother plant was quite old too. Truly a gem in every Cannarado pack of seeds.

Cannarado's releases are always on point it seems, missed his WTF(WifixTK) og, bc of a full veg room that needed thinning out. Solid lookin stuff. Sourdank, Obs sells some stuff online sometimes, not nearly as much selection you'd get by visiting TLC but some killer lookin stuff either way.
Loyalty, Respect, Integrity, Intensity

Just snagged a pack of Silver Cookies pretty excited to see what I find :)

I know it's an old thread....but wondered if anyone here has found an outlet in CO that slings these seeds?

Seems ridiculous to use the mail/send funds across the pond for seeds made right here in good old CO.

Thanks
Feeding the trolls daily....

Of the places who carry these wares, where to steer clear from/where to go to if a person were to make the plunge?

PM's are open should you feel the need. Thanks again.

scoop said:
I know it's an old thread....but wondered if anyone here has found an outlet in CO that slings these seeds?

Seems ridiculous to use the mail/send funds across the pond for seeds made right here in good old CO.

Pretty curious about that as well, they do some really nice releases:)
Just say no to ruderalis and fem seeds.

Check out Cannarado's IG page for information on how to acquire his seeds, he drops through a few online vendors in CO and CA

Here's a look at some Ft. Collins Cough x SSH around week 7/8. One fast finishing pheno, one long finishing. Neither of them have the old sweet SSH/Jack Herer aroma, more the general haze aroma 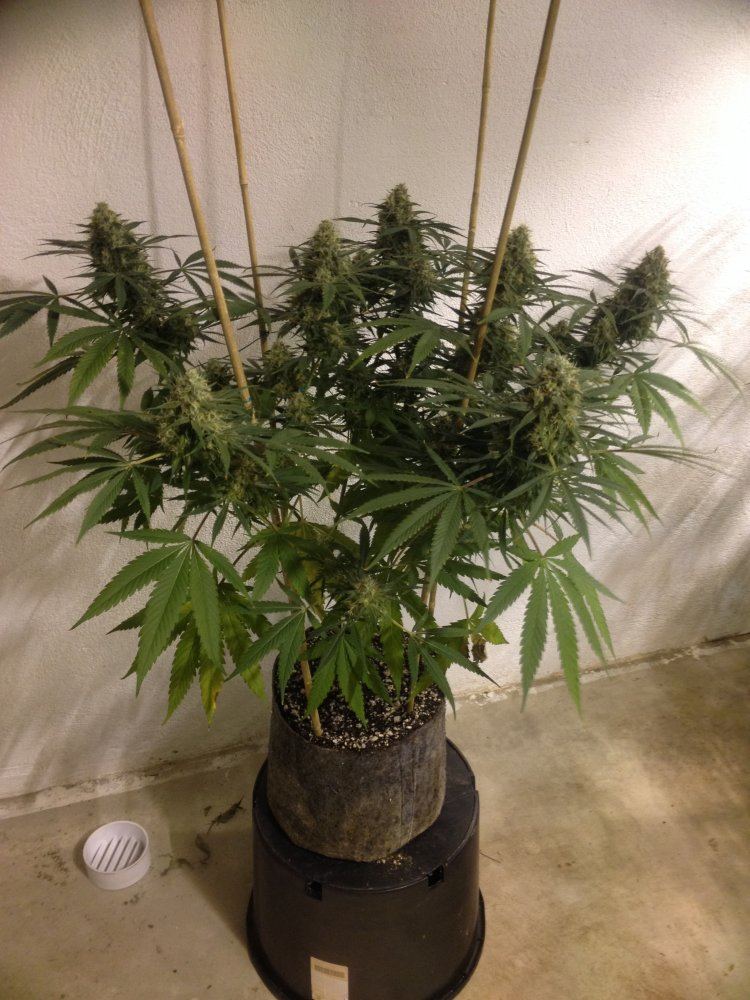 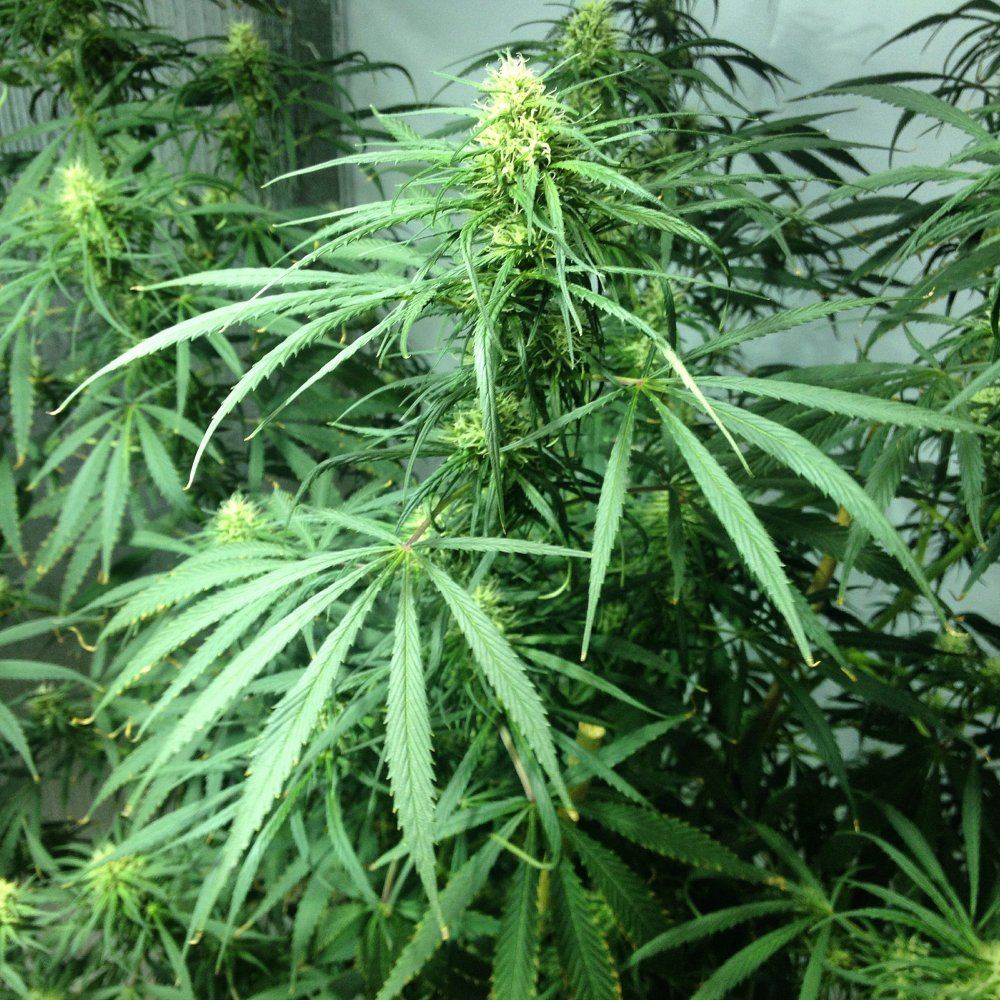 I had bad luck with my Sour Dubb cross, 40% intersex plants. The buds were fuck off potent though, numerous times I woke up from an unintentional weed nap in the afternoon, having only smoked half the bowl. 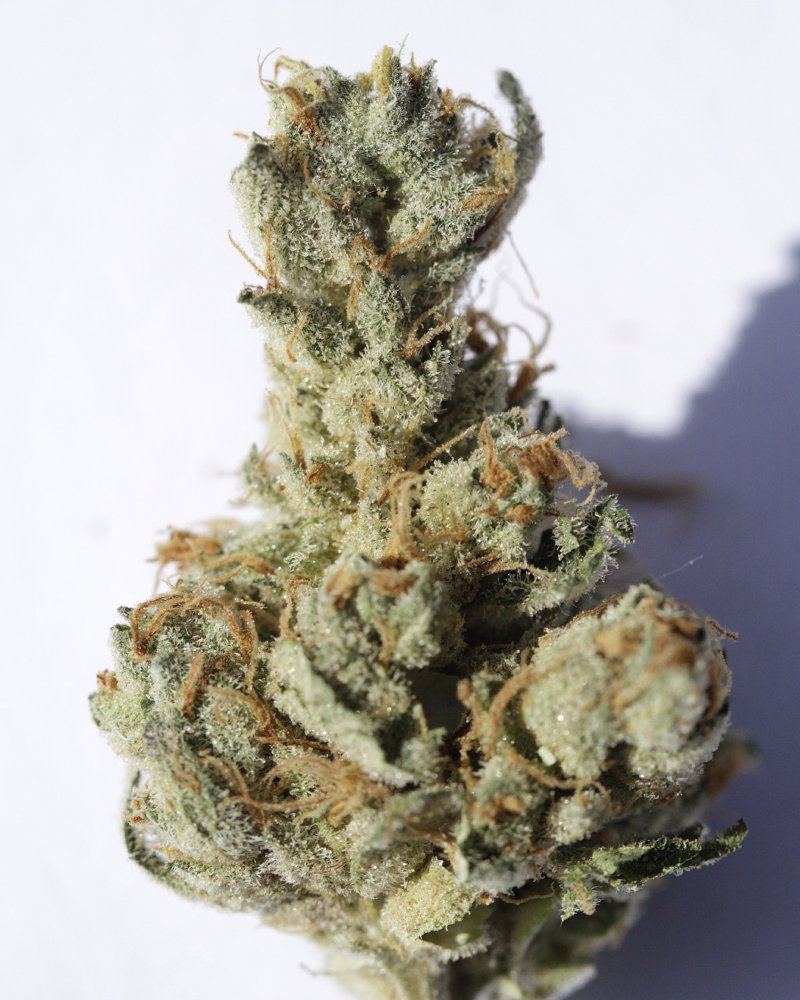 No one leaves magick mountain

Thanks for the info/pics, NT. I hope all is well in your world!

Lots of serious firepower in cannarado's arsenal. Animal Crackers, Miley Cyrus, among a lot other releases from him are on my to-scoop list. @SourDank if you havnt got around to your Blue Power F2's get on those if you got the space, I got 9 females from a pack of 15 and to give you an idea of how dank it is the one I still run is my lowest yielder by far yet she'll never leave me, not a chance...absolute mouthwatering terps like no other and packs the resin on in flower at the same rate as my old peyote purple cuts which is really saying something. I've never smoked Sour Dub but I've always supposed it plays a big part in the blue power's flavor

How to check if your grow is really great or if you are in need of a reality check and a new way to grow.