SAMCRO said:
I don't know but from my vanish point I don't think the light spread is enough. Its like you need to turn your wings the other way and or go larger type adjust a wings or add more lights. But maybe its from your photos. Your plants look great.
Click to expand...

Thanks for pointing this out Samcro. I've been thinking the same actually. Every time I go check on things, I always nearly stick another 600W up there, but then leave it when I think of the safety side of things. But I think I needed to hear it from someone else before I did something about it. There are parts of the crop that are in shade. Every things looking nice and healthy, but I don't think I'm going to get the full potential yield unless I get more light shed on these beautiful ladies.

Problem is, the building has no modern consumer unit fitted, but instead an old fashioned fuse box. I think I'm pushing it as it is with 4 600w and a 150W. (on the table opposite I have a confidential cheese, 3 Big Bud feminized and 2 Blueberry's under a 600w and a 150w. Once this grows over with I'm going to sort the electrics out as I want to go bigger next time.

Thanks for raising this topic though. I think I will stick another 600w up there and keep a close eye on things.

Just buy bigger adjust a wings to help spread the light further for you. Those look too small. Stick with your wattage if you have to and turn the wings the other way landscape over the tables.

Seems that since the forums been updated, the last posts in this thread are missing? 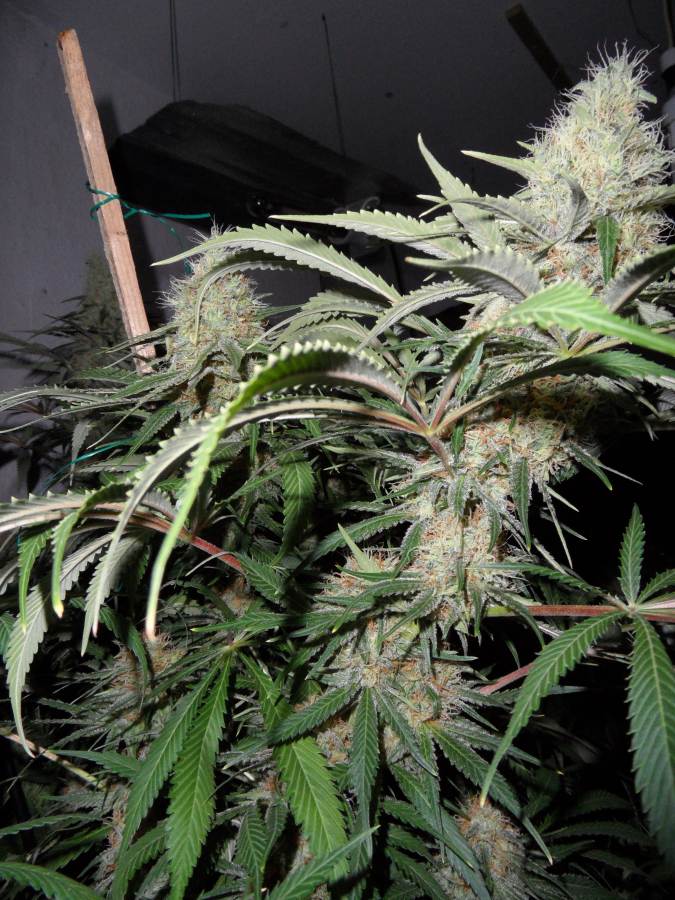 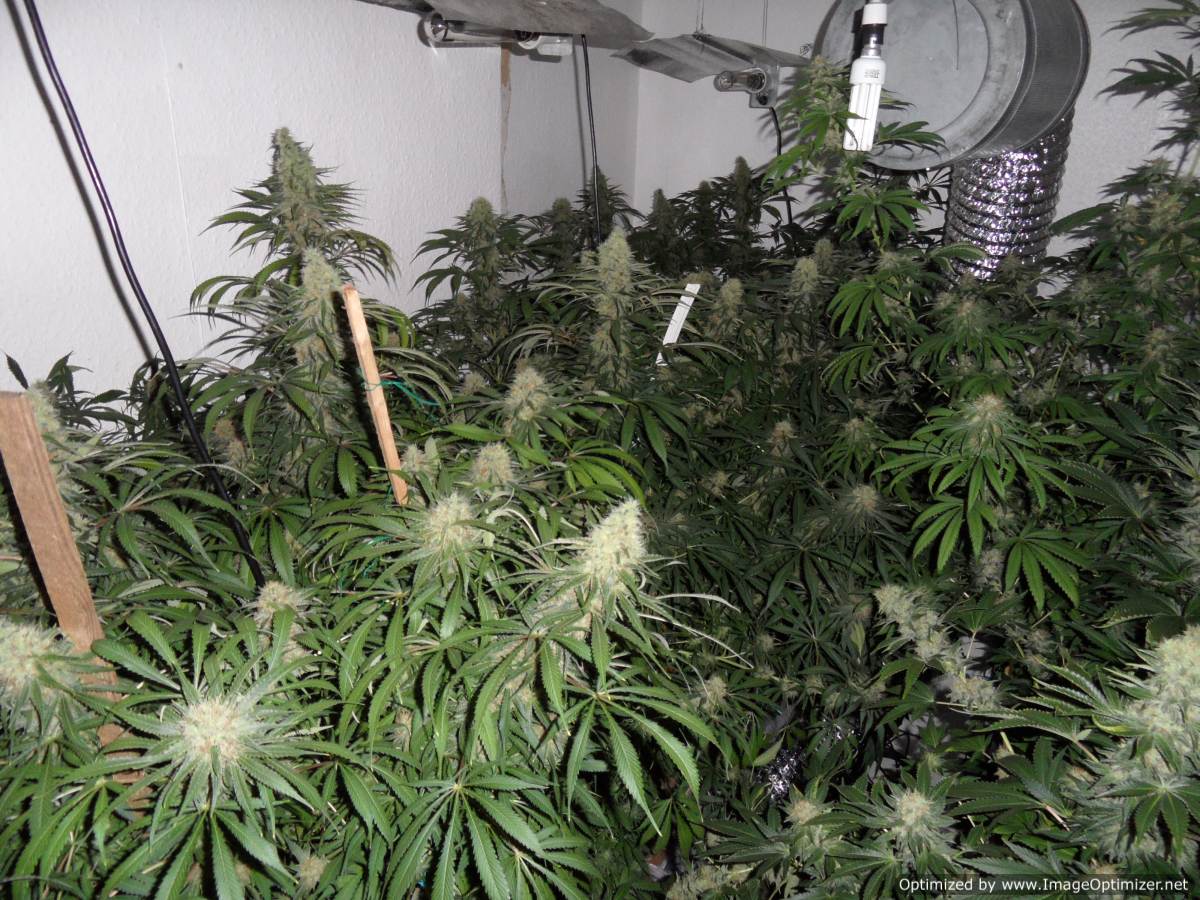 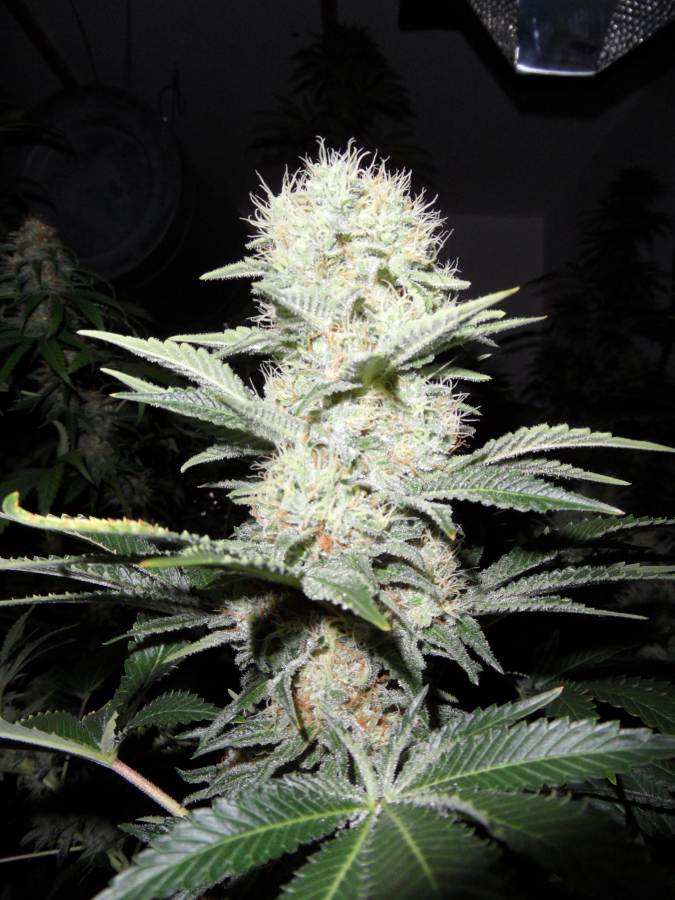 plants are looking good bro, and it looks like a serious jungle in there now. hows it smelling?

Thanks Biggs. To be honest, there's hardly any smell really. But I'm comparing this to my last grow which was AK 47 and Big Bud, and they absolutely stunk the house out to the point where I had migraines. When I turn the fans off, she has a mild sweet smell to her, but other than that, odour hasn't been a problem with this grow. On that note though, I do have good air circulation set up, with a decent carbon filter venting the odour outdoors.


I'm going to be doing this strain again, so I've taken loads of cuttings. Now I know the strain, there is a lot of things I will be doing differently next time. I should of completely cut away all the very bottom branches, as they seem to have got out of hand. The grow seemed to turn into one massive wild bush, and all the lower branches were fighting for light, resulting in very thin weak branches. I had to take a couple from the table to sort out some blocked drip rings, and as I did they just collapsed, and so did all the plants next to it. Even the main stems, just literally fell over! So, when they was well into flower I had to mess about cutting all the lower branches off and supporting all the stems. They have picked up now, but was looking very weak and tired a couple of weeks ago.

I think this could of stressed them. I'm not sure what's happened but I've noticed that one plant has produced a few seeds (pics attached). All these plants where from clone, which I got off a friend, and as far as I know, they are all female! I haven't noticed any others doing this, but haven't had time to go through them all yet. 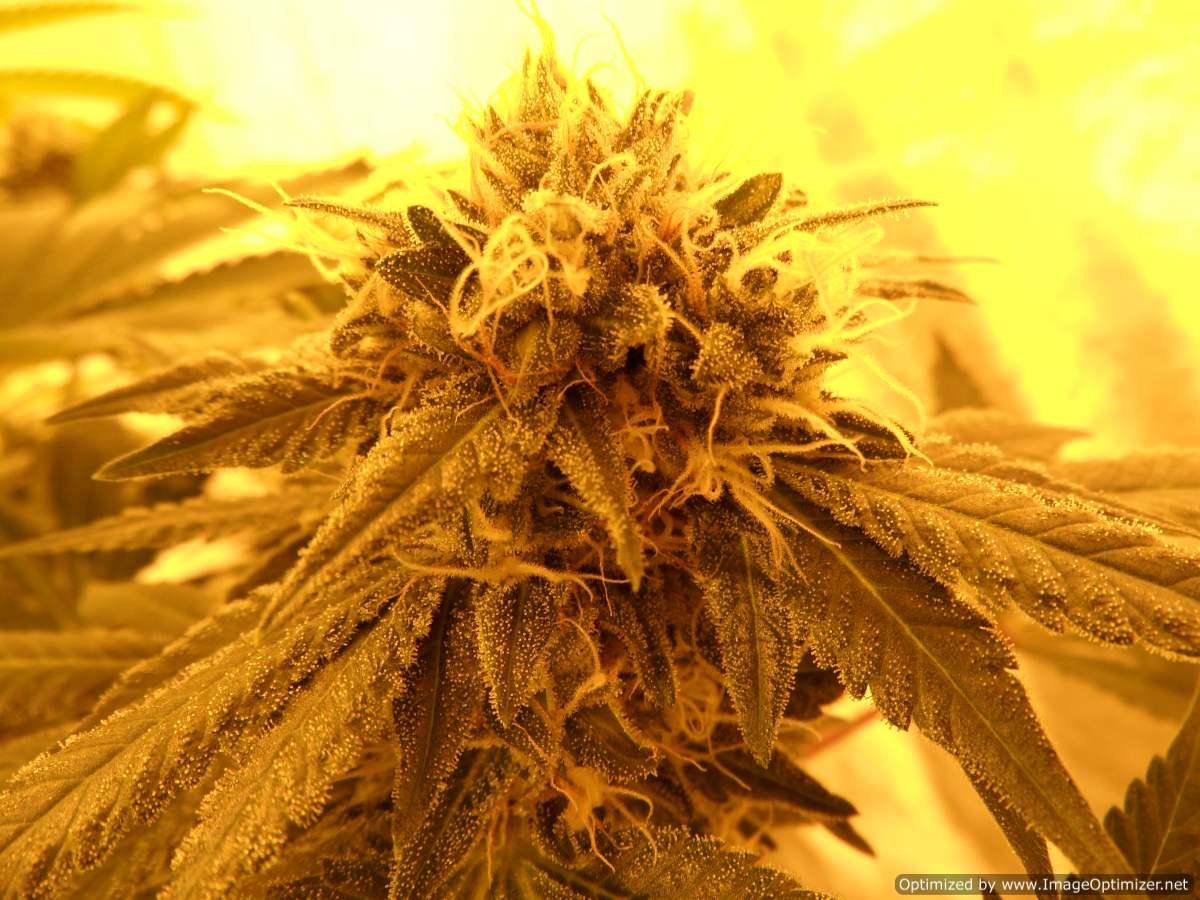 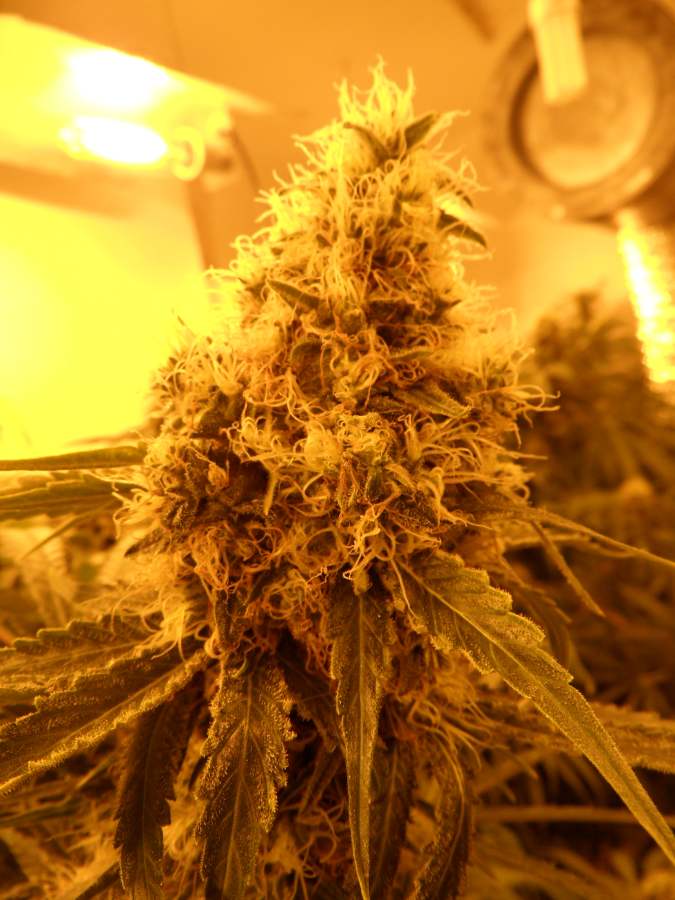 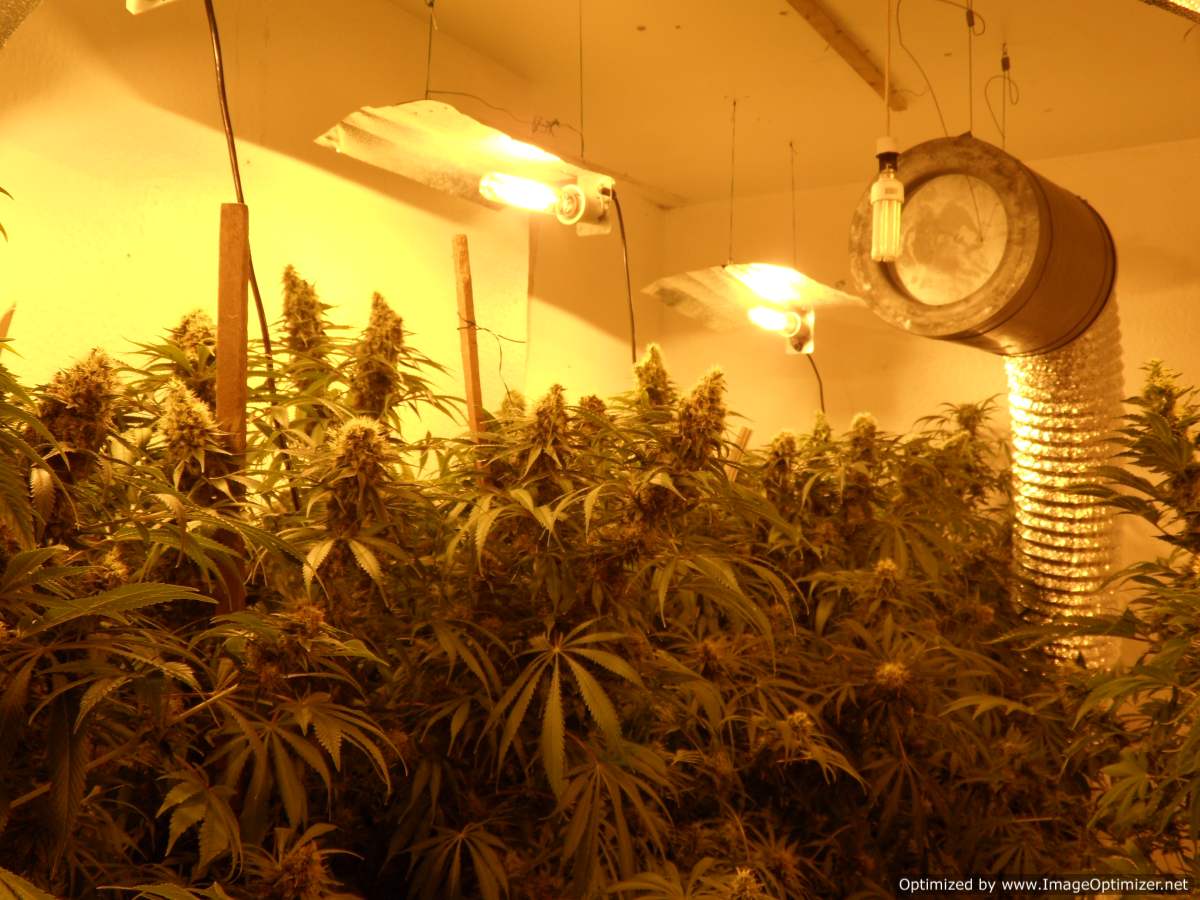 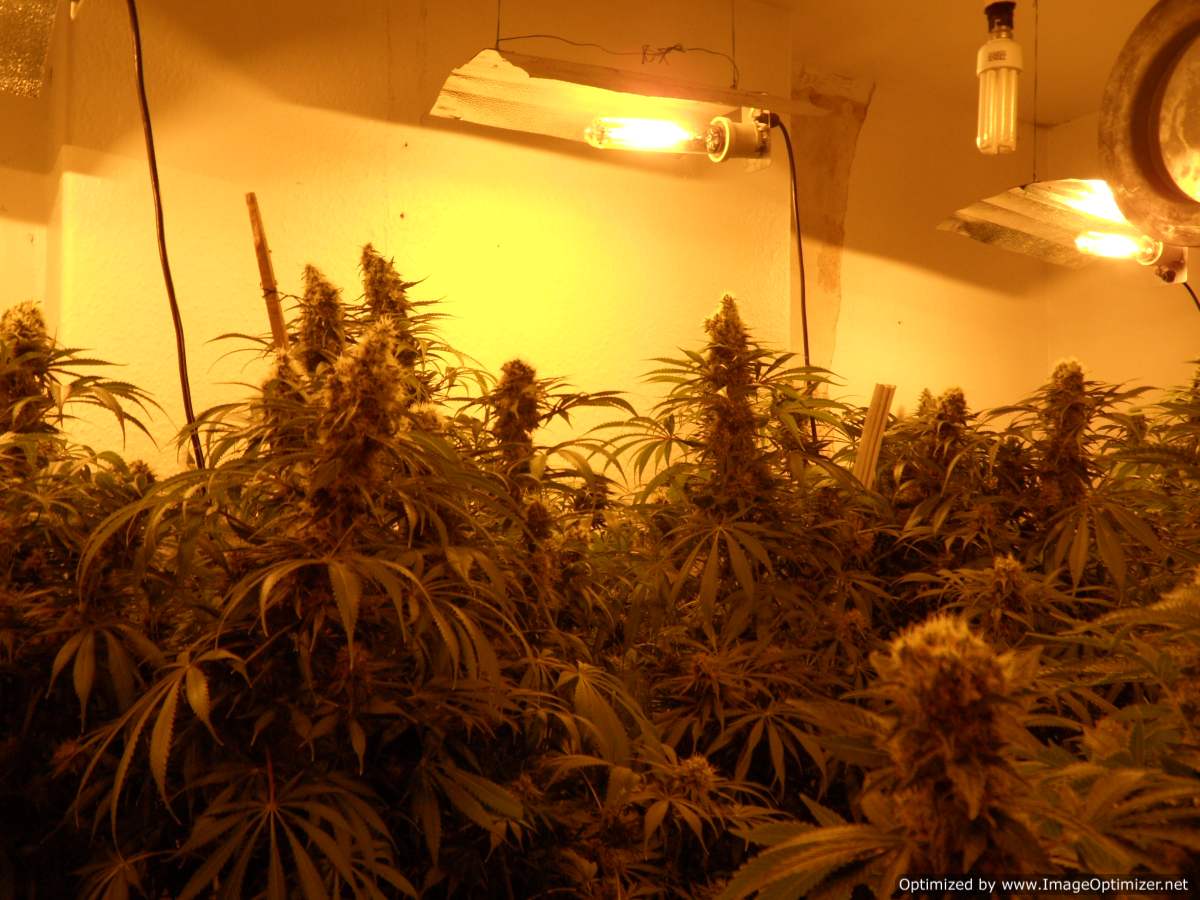 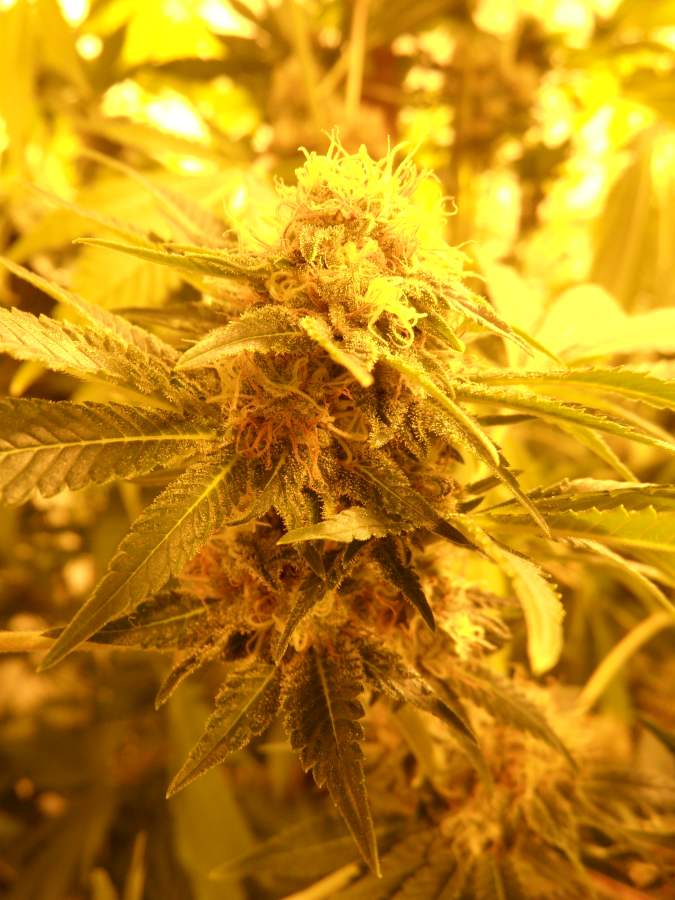 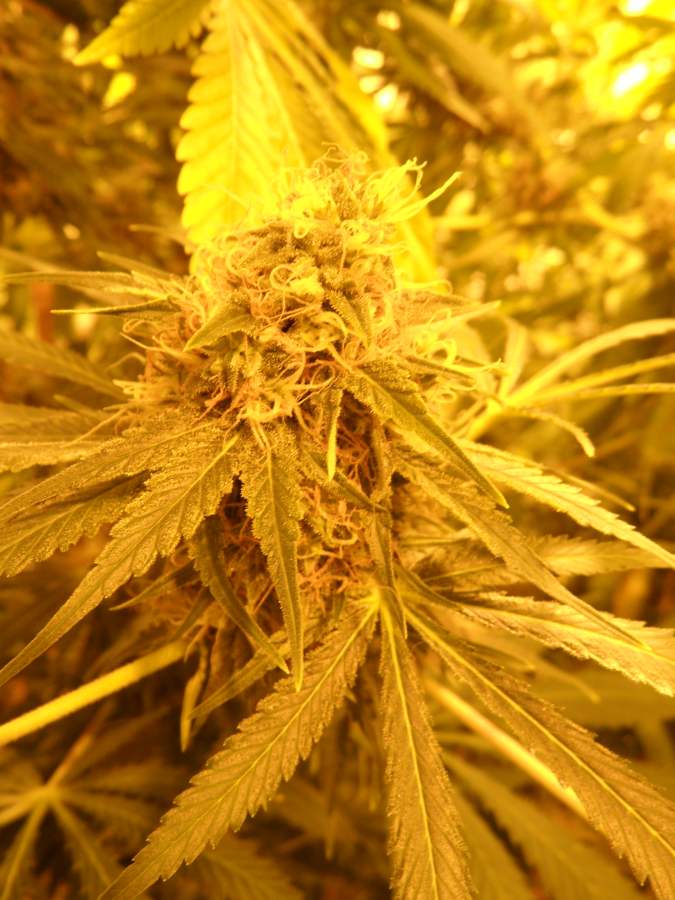 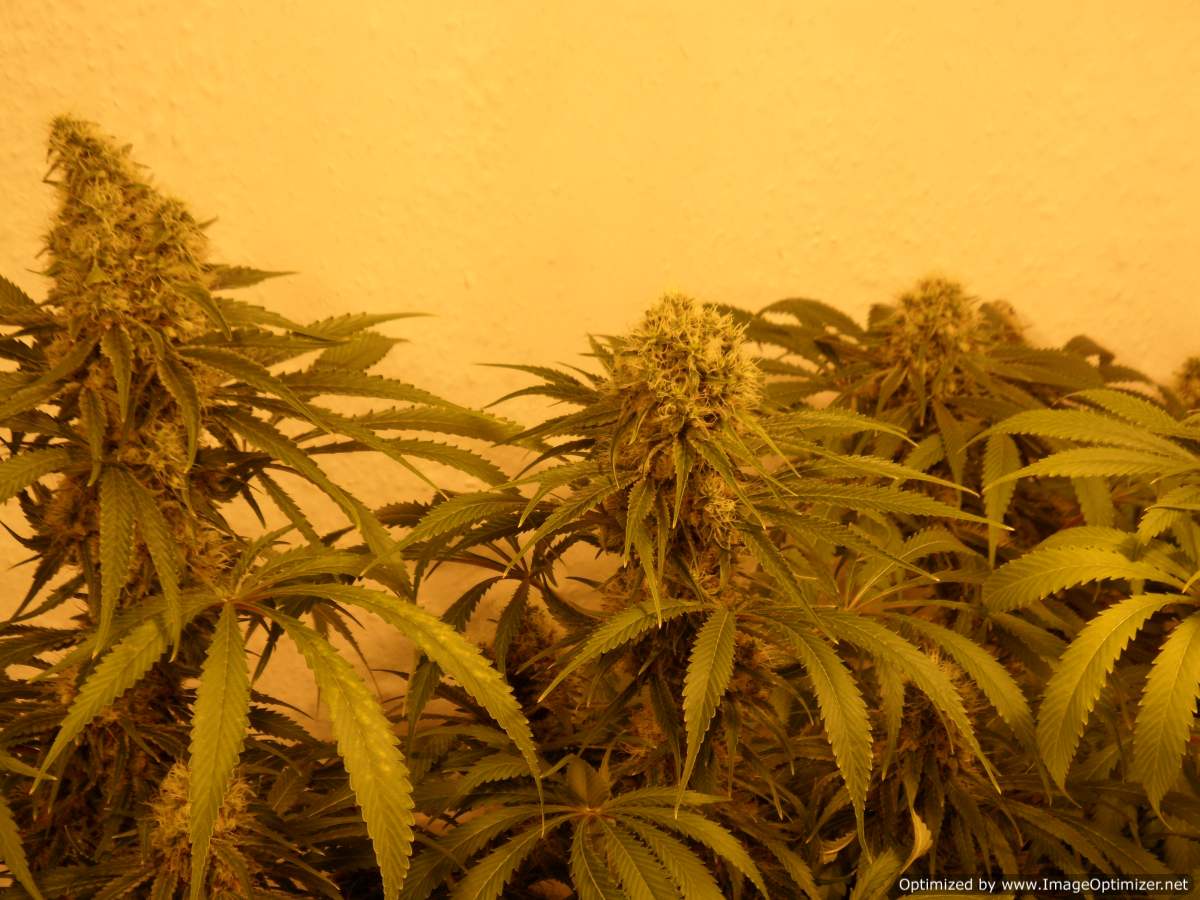 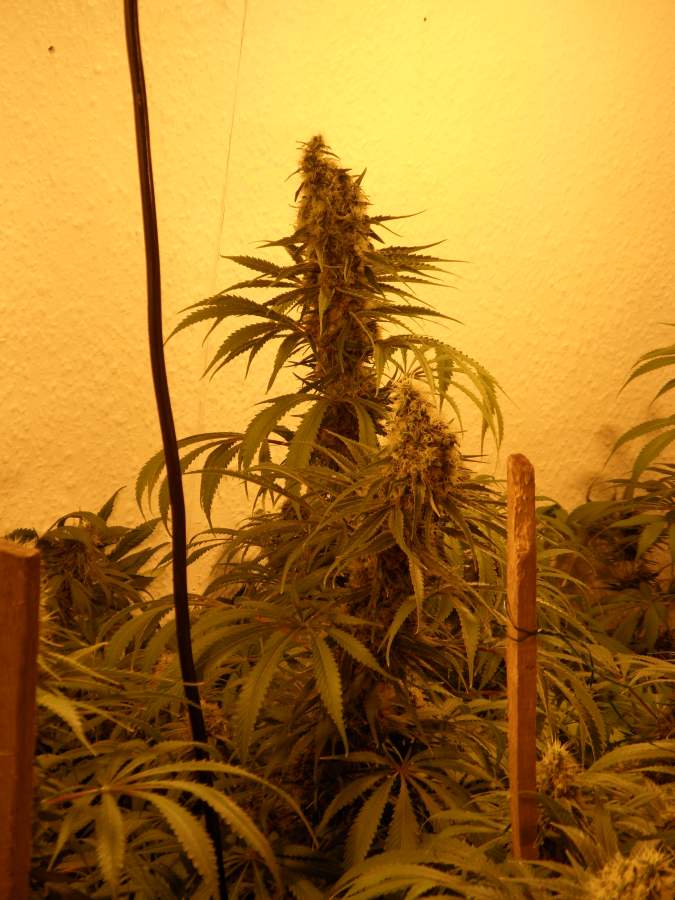 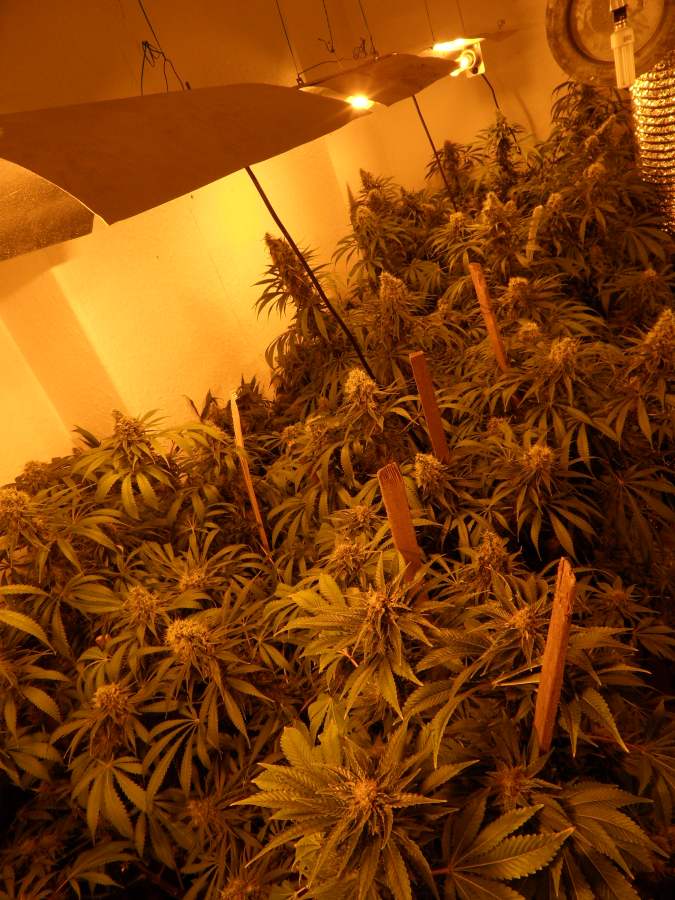 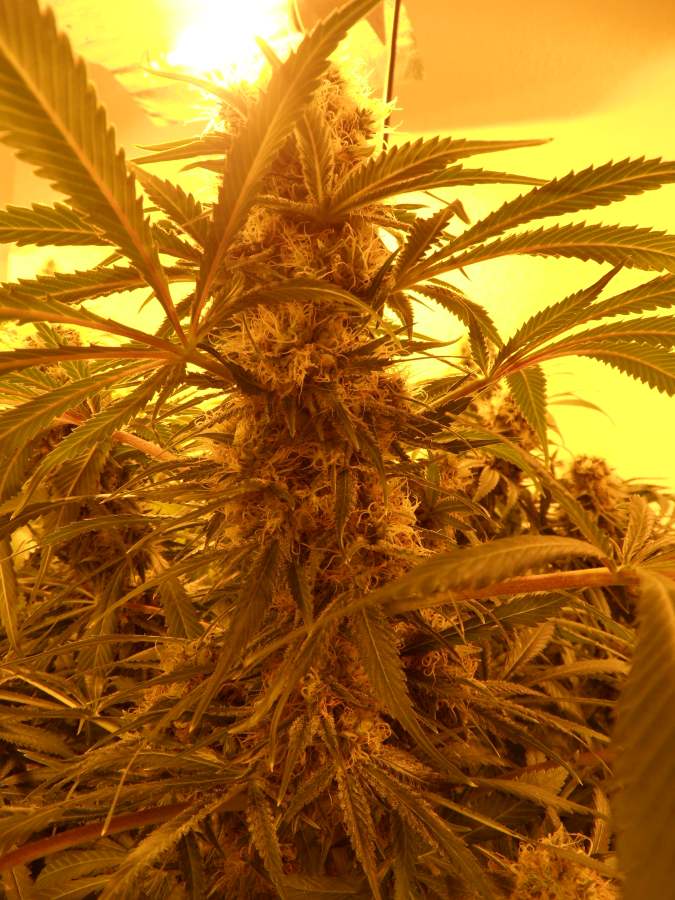 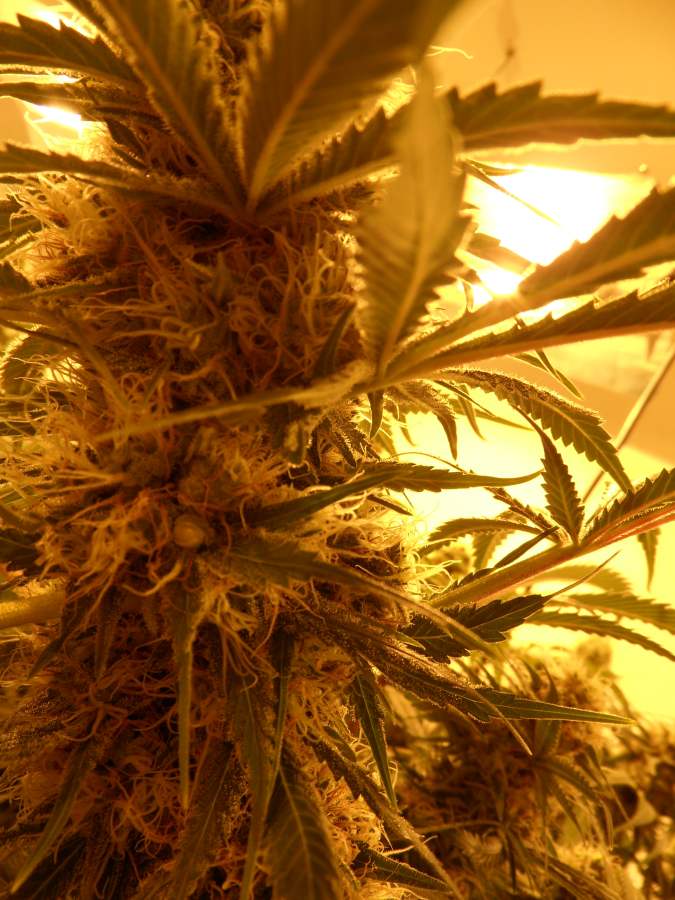 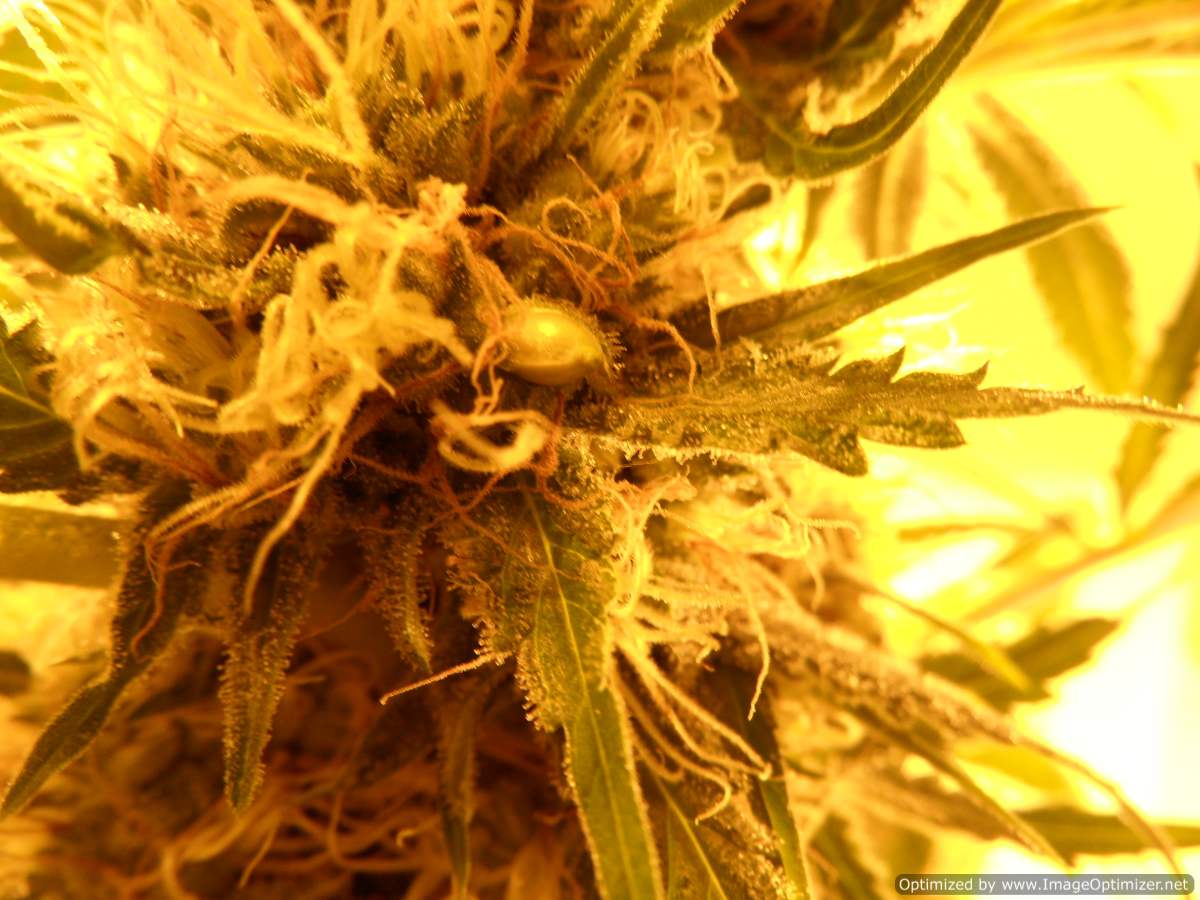 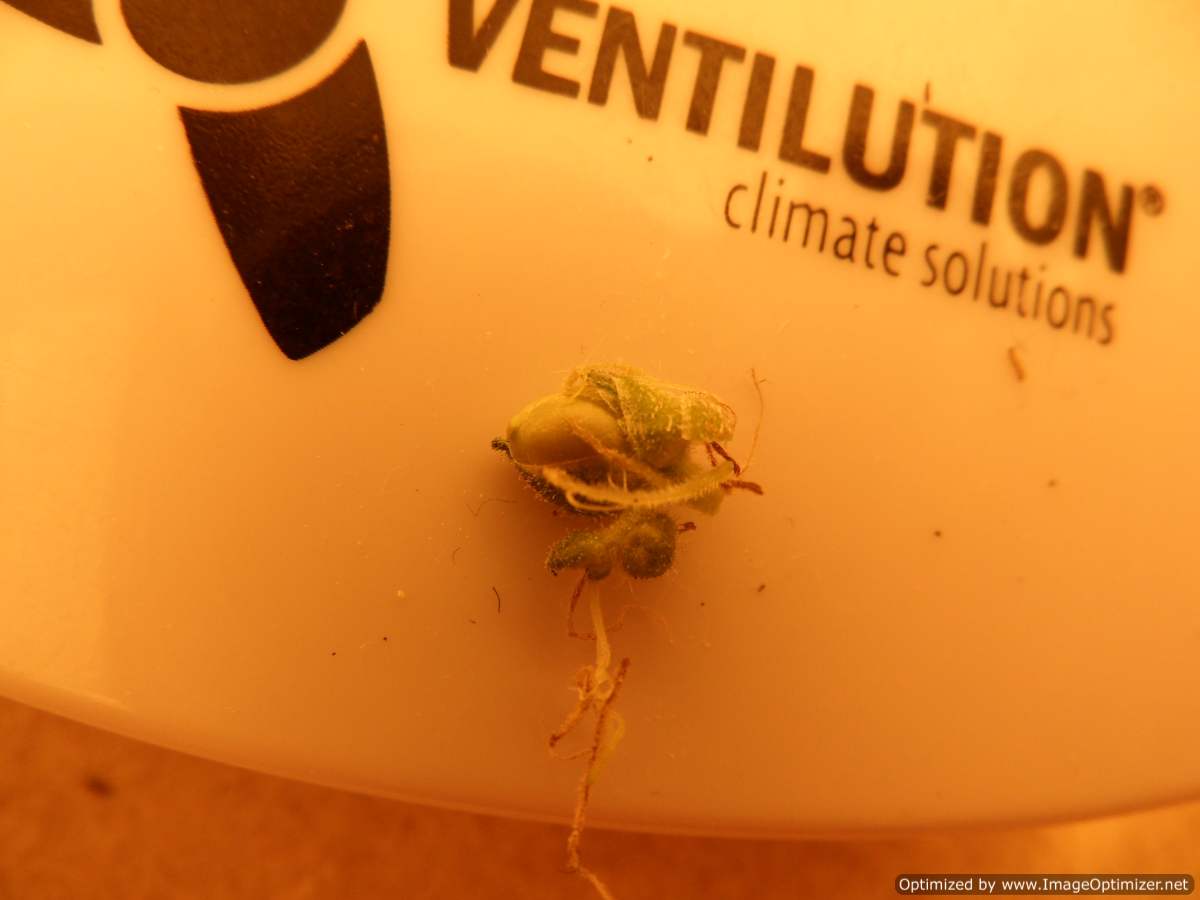 All the pics above are day 48 of flower.
You must log in or register to reply here.

Diy the best of both worlds!!!