Did you ever find any info out on your piece??? I would be interested in your findings. My dad gave me his old earthworks water bong. No date stamp, just Earthworks engraving on the bottom. He said it was from the 60s. Awesome piece, resembles father time, definatly hand made.
G

The fellow were I stay owns this one. Peace GS 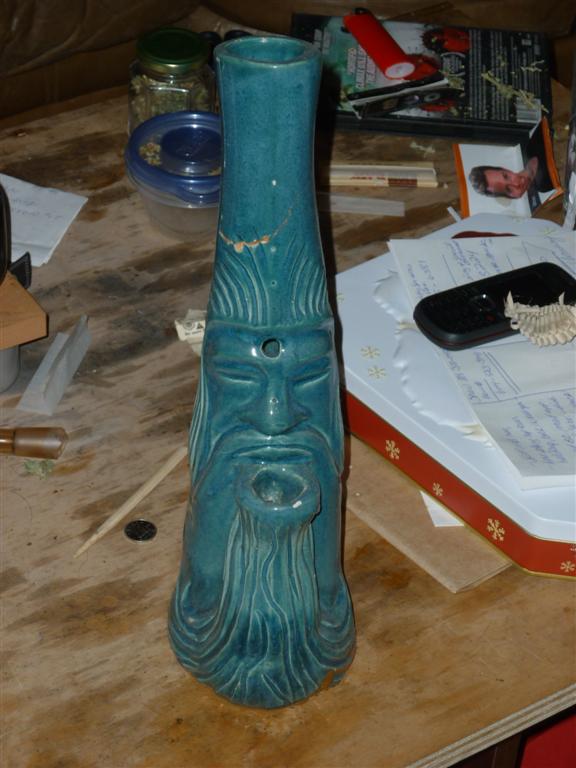 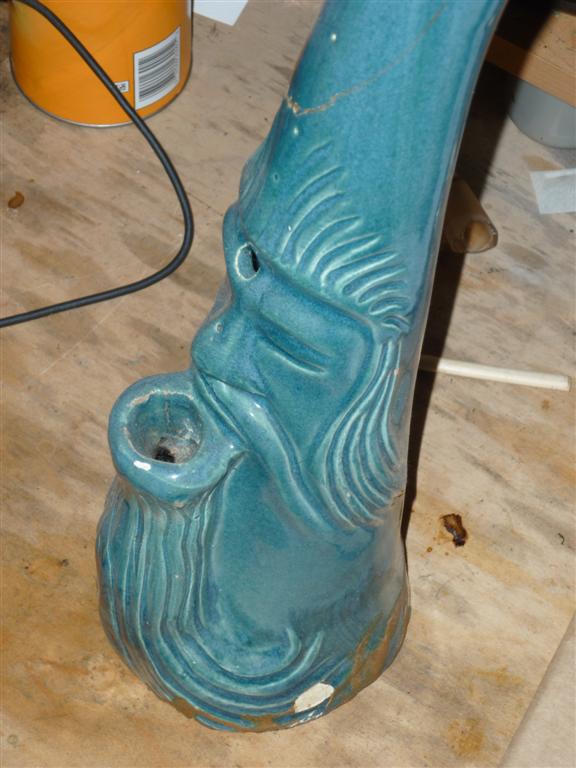 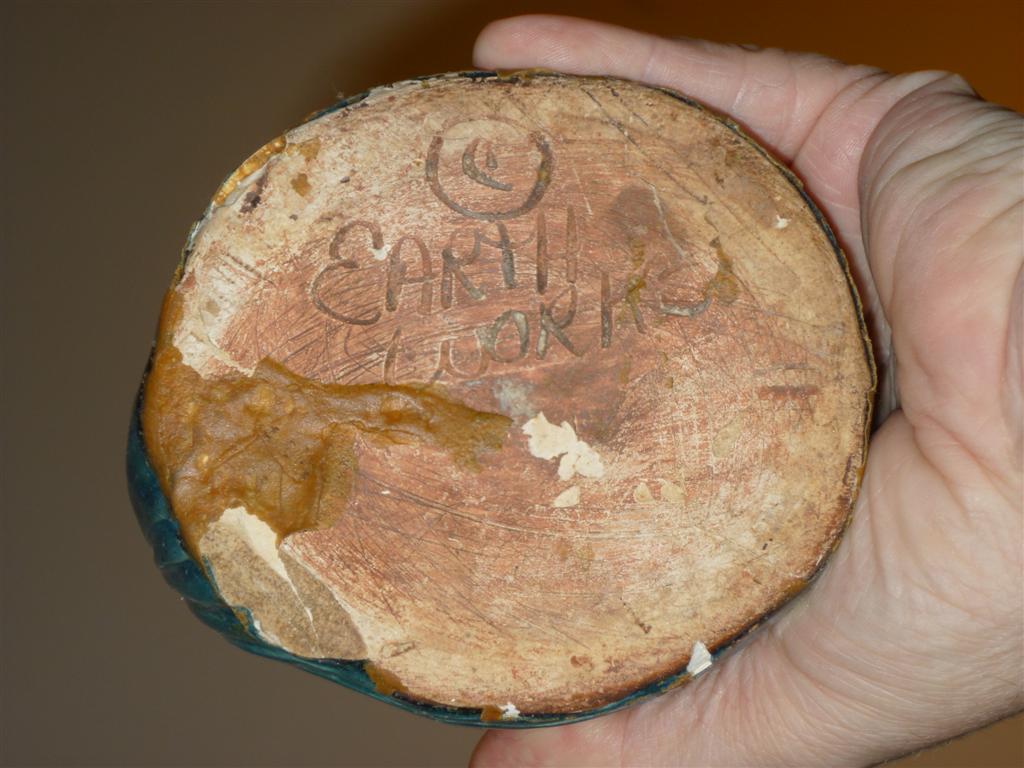 I love that!
F

I genuinely love that piece, looks like it has so much character! I much approve :)
X

Did anyone find out any info on this piece? I was walking through the woods in my back property and I saw something halfway sticking out of the ground. I was amazed to realize it was a water bong! And it was one of these exact ones. Heres some pics.

Green Supreme said:
The fellow were I stay owns this one. Peace GS
Click to expand...

really great,
old is gold,
cannabis has been found from the 3rd millennium Bc,
it has effect through out the body...
hats off to earth works....

i had a buddy find this in wall between da studs behind da drywall , perfect condition!
B

Found this while just browsing the web. The company I owned, Bloomington Pottery Company, which used the name Earthworks for paraphernalia, made (according to old ledgers I still have) right at 462,000 of these old man bongs. We sold about 50% of them through the Adams Apple distributing company out of Chicago and the other 50% of them sold direct to head shops. From about 1973-1979 this was the biggest selling bong in the country. Bloomington Pottery closed its doors in 1982. We tested a whole lot of those bongs personally.
A

man those are so cool looking! they dont make them like that anymore, I prefer those to the current "artsy" pipes


who has more pictures?!

Good going, bpco! Hats off to you for making such a great contribution to 70's tokers!

I have an old file folder with pictures and a ton of 35mm slides of the pottery factory and the bong making process, as far back as '71 but none of them are online. Here are a few I found through Google.

Jim Hord, of Jim's Crystals down in Texas was perhaps the #1 traveling paraphernalia salesman during the 1970's, and he was a rep for many of the suppliers. Jim is a great source for the history of the 1960's through the '70's head shop business and he has a giant collection, including more than a dozen of my company's hand pipes and my bongs. Jim's pics are those that begin with http://news.webshots.com. Of interest to some of you may be that thousands of these ceramic bongs were buried all over the U.S. to be found by later cultures. During the 1970's there was three that I know of, Old Man Bong clubs, the largest was in St. Louis, where they would meet and pass around their bongs and talk. I once received some pictures of a club meeting, or more accurately...a club stoning.
B

Under my profile I posted a few pictures of bong and pipe making "back in the day" at my pottery company. We had a sales rep from Texas and his license plate number was BONG and he had this plastic license plate frame on the front and back of his really cool all black antique panel truck he drove. The plastic frame said Texas at the top and Truck at the bottom, and with the license plate number his vehicle license plate area read "Texas BONG Truck". Ah...those were the days!
M

you out of the pottery game bro, Im a pottery prodigy

dizzzle,
I knew you was a pot prodigy. Pottery too?

You got any shots of your work?

id love some more history on this piece and scene back then in general...
462,000... HOLY FUCKING SHIT!! thats amazing bro. i doubt toro has sold this many, let alone of just 1 design.

im learning to blow glass.
would you mind if a few months down the road once im decent at blowing if i recreated this piece in glass? gives me an idea to make a series of glass based after oldschool pieces.
A

aleYarok said:
... gives me an idea to make a series of glass based after oldschool pieces.
Click to expand...

they'd be one of a kind. If you do good work, i bet they'd sell like hotcakes especially to old timers. do it!

im finally placing my order for a torch, tools and glass this week! wont be able to make something like that for at least a few months though
You must log in or register to reply here.
Share:
Reddit Pinterest Tumblr WhatsApp Email Link