Light Outage During Early Veg While I Was Gone: Extreme Plant Stress


Good to hear they pulled though it all. We put them though hell and they still can still deliver good results. The takeaway here is when you've got a gazillion timers and whatnot is to make sure everything's plugged into the correct whatever, and all your i's are dotted and t's crossed. Don't be in a rush and double, triple check things.

I do it a lot with pH these days, and while concocting solutions. I'll check the pH to figure how much I need to move it, then check again after I've put the next ingredient in, and then yet again sometimes. Same with the ppm's. I've simply made enough 1 time mistakes in the past, that I'm neurotic now. I've also got a bad habit of sometimes turning down the light units and then forgetting to turn them back up. Would be nice to see a dial that has an auto up built into it. Or simply a "attend" mode, that dials down the LED for a programmed amount of time. lol

Also, I think anytime we change anything, or establish a new routine, it always carries some inherent risk, or x factor. There's something to be said about having a consistent routine in place, and spending a fair amount of time tending the plants. I think it gives better insight. I'm more connected to them, picking them up, handling them these days, especially since I do so many transplanting from one container to the next. In my setting, all of your plants would still be in shot glass sized cups, or solo cups at maximum at that point. Not those big containers. I be building root balls before I transfer, because I think it induces vigor, and better overall resistance for the root zones. Better overall arbuscular mycorrhiza development.

These are the blueberry clones I've been working on of late.

Then when I move them, I like them at minimum about this thick. Not too root bound, not too little. So they can expand into the next layer. Usually a 1 or 2 gallon container. I try to not go up more than 3x-5x, so if it's in a shot glass, it goes up to a solo first, then onward. I do have some jiffy plugs coming though, and I do them also, it's convenient when I need to tent them, and I'm doing a bunch. This is what that looks like....

Generally speaking I use the jiffy of late, then transplant into the solo's, and then into 1's, that's been the order of things right now. Unless of course I'm lucky enough to get a few clones sent in the mail.

Those roots look amazing. I now have 6 strong clones of each strain, 3 in late flower and 6 in early flower with 3 in veg being used as mamas.

thcoso said:
Those roots look amazing. I now have 6 strong clones of each strain, 3 in late flower and 6 in early flower with 3 in veg being used as mamas.
Click to expand...

thcoso said:
Those roots look amazing. I now have 6 strong clones of each strain, 3 in late flower and 6 in early flower with 3 in veg being used as mamas.
Click to expand... 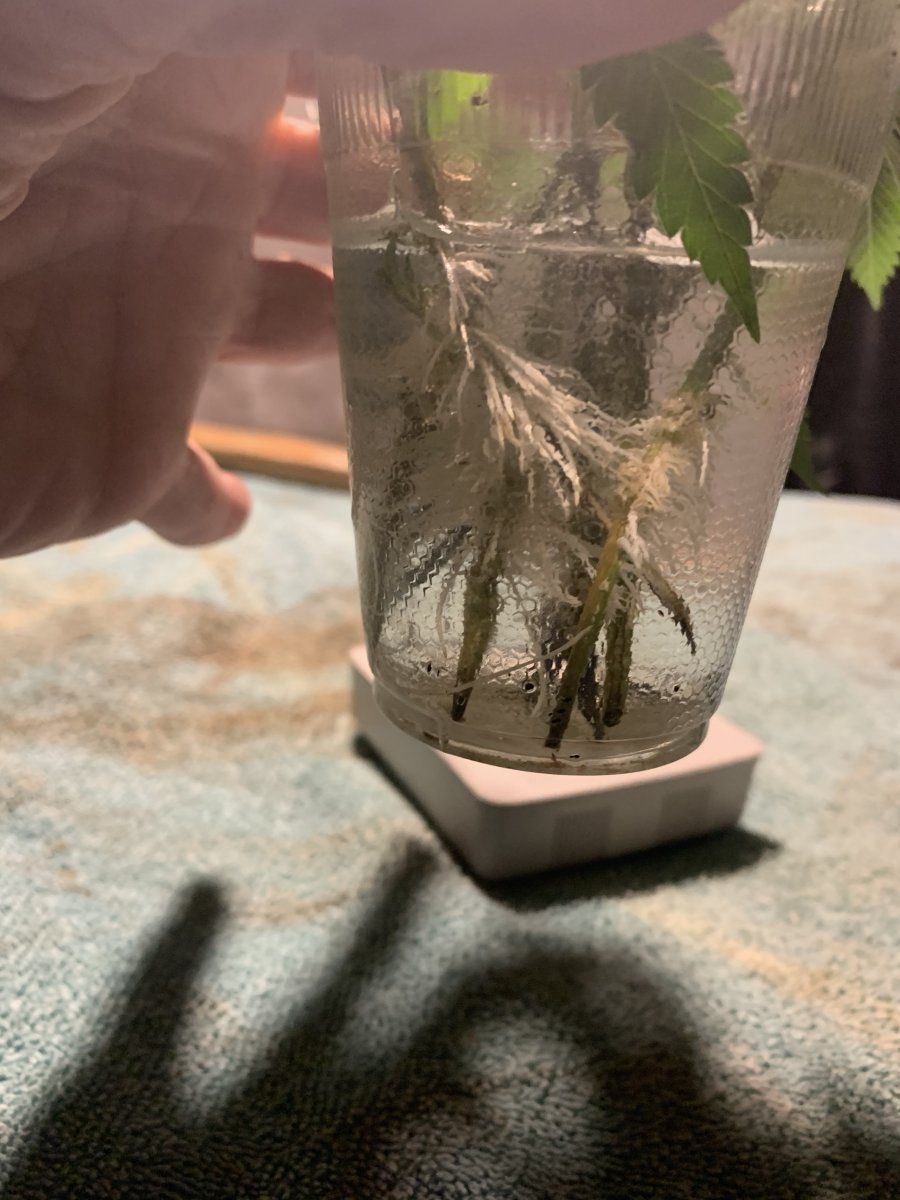 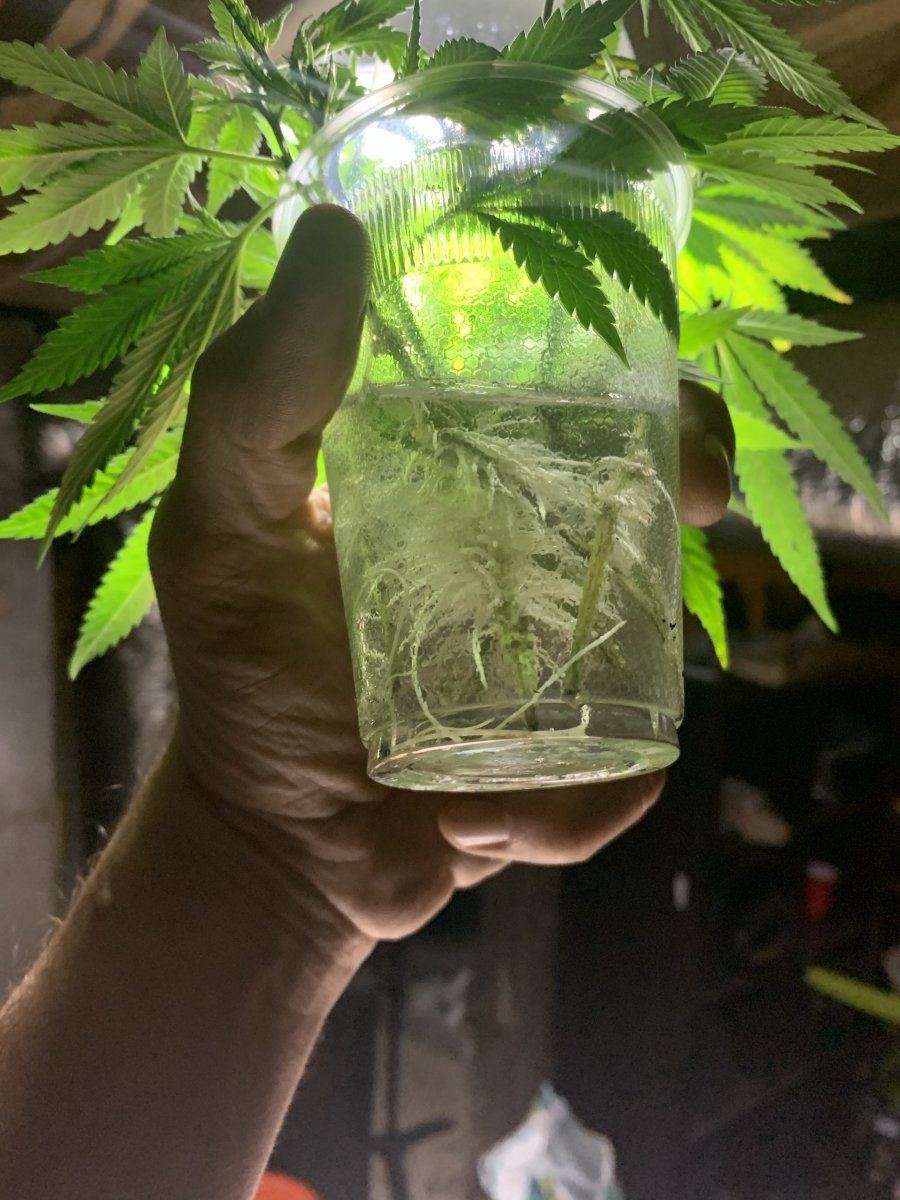 Here are some clones I started almost 3 weeks ago with only RO water pH down to 5.8 under 24 hours a day of light from a $36 grow light bulb from Lowe’s kept at 78-82 degrees. It’s not the fastest way to get roots, but it usually gives me about 80% return.
You must log in or register to reply here.

E
Are the blue lights fking me?

Accidental Re-veg and how to fix