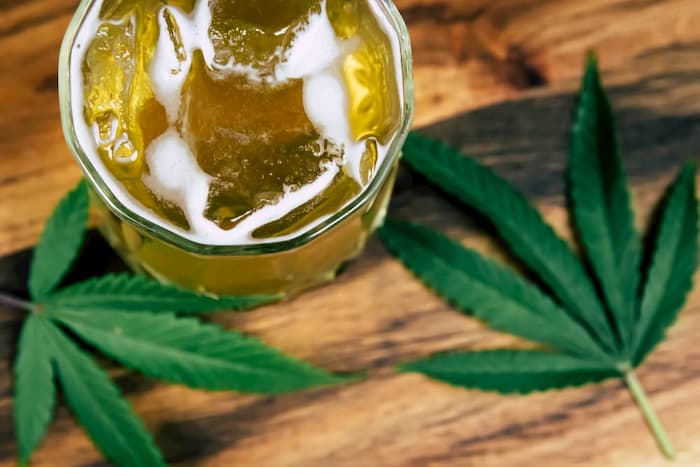 The rising tide of legal cannabis commerce is finally attracting the attention of so-called “Big Beer” corporations, and with good reason. Over the past seven years, home and craft brewers carved a niche for themselves by partnering with hemp farms and wholesale retailers with cannabis terpenes for sale to make infused beers — a novel and unique new line of products in a once oversaturated beer market.

Since 2017, Big Beer has slowly begun to test the waters of the infused beer space with the rollout of a number of tentative, experimental products.

According to the Brewers Association (BA), an American trade group comprised of over 5,000 brewers, suppliers, distributors and retailers, craft brewers are distinguished from Big Beer via three main factors:


A complicating aspect of the current distinction delineated by the BA is that Big Beer corporations can — and frequently do — buy up significant portions of small breweries without them ever being recategorized as Big Beer. This is of particular concern to legitimate craft brewers, whose specific BA classification was designed to protect them from the anticompetitive tactics that are regularly employed against them by Big Beer.

How and why is Big Beer entering the cannabis beer market this late in the game? This post examines four recent Big Beer moves into the space, how they currently fare among the competition and their probable strategy to dominate the infused recreational beverages market in the long run.

Lagunitas experiments in California dispensaries and novelty markets
California beer brand Lagunitas, which was bought out in its entirety by Heineken in 2017, released its IPA-inspired “Hi-Fi Hops” in June the next year. Hi-Fi Hops is an infused sparkling water product available in two varieties at California dispensaries: containing 10 milligrams (mg) of THC or five mg apiece of THC and CBD.

Lagunitas founder and CEO Tony Magee also created the so-called “Supercritical Ale”, a special version of the company’s Waldo’s Special Ale infused with cannabis terpenes. Supercritical Ale was an experimental product marketed every 20th of April for three years in honour of the 4/20 holiday. The ale was met with mixed results, however, and is no longer being produced by Lagunitas as of this writing.

Constellation Brands looks to Canada for significant growth opportunities
Constellation Brands, the corporation behind popular breweries Modelo and Corona, made history by being the first Big Beer entity to officially invest in the legal cannabis industry. Constellation did this by buying up 10 per cent of Canada-based Canopy Growth in October 2017. By August 2018, Constellation had pumped well over US$4 billion into the Canadian cannabis producer.

Rob Sands, CEO of Constellation Brands, was famously quoted on his approval of the investment in an interview with CNN. According to Sands, Constellation saw “one of the most significant global growth opportunities for the next decade” in legal cannabis.

However, Sands added that until cannabis was legalized at the federal level in the U.S. — or the legal cannabis industry was granted easier access to America’s financial institutions and public trade opportunities — Constellation Brands would continue concentrating its infused beverages effort in the Great White North.

Although prudent in its use of a non-psychoactive strain of cannabis, New Belgium hasn’t been coy in its support of cannabis activism. In July 2018, CEO Steve Fechheimer joined forces with GCH Incorporated, a legal cannabis company founded by country singer Willie Nelson. Together they partnered with the Vote Hemp organization to advocate for federal and state reform of laws encumbering the hemp industry, as well as for the removal of cannabis from the U.S. Drug Enforcement Administration’s drug scheduling system.

Japan’s Kirin Holdings acquired New Belgium Brewing in November 2019 and merged it into its internationally known subsidiary Kirin Brewery Co., an integrated beverages company. Before its acquisition, New Belgium had grown into one of the largest independent craft breweries worldwide.

Molson Coors enters Canadian beer market with an eye on U.S. pioneer states
In the lead up to Canada’s recreational cannabis legalization in October 2018, Molson Coors was quick to partner with Hydropothecary Corporation, a Quebec-based cannabis company. In its February partnership announcement, Coors’ stated goal was “to pursue opportunities to develop non-alcoholic, cannabis-infused beverages for the Canadian market following legalization.”

Coors brewmaster Keith Villa, who laid the groundwork for the Big Beer corporation’s Blue Moon Brewing Company in 1995, partnered with Colorado cannabis extraction lab Ebbu to start Ceria Beverages. Ceria produces a line of infused drinks touting “the same onset time as alcohol, but with the alcohol content removed prior to THC infusion.”

Ceria still markets primarily in Canada today, but has been retailing in Colorado and California dispensaries since 2019.

Playing the long game
With their ability to source, process and distribute internationally, Big Beer can certainly afford to wait for full cannabis legalization across all 50 states before expanding its infused beverage market presence in America — all the while profiting from retail shipments to pioneer states like Vermont, Oregon and California.

While the number of states where recreational cannabis is still illegal continues to shrink, it’s safe to say that craft beer will continue to capture the lion’s share of U.S. infused beverage sales. Once cannabis is legalized at the federal level, and THC removed from its Schedule I classification under the Controlled Substances Act, this status quo is very likely to be upended by a Big Beer surge into the market.

Are legislators fighting for legalization on Capitol Hill?
In December of last year, the U.S. House of Representatives passed the Marijuana Opportunity Reinvestment and Expungement Act (MORE Act), a comprehensive legalization bill that included cannabis’ removal from the Controlled Substances Act and a pathway to expunge cannabis-related criminal records.

The MORE Act is not the first bill of its kind to have been introduced to the House floor in recent years, but it is the first to go to a vote with Democrat majorities in the House and Senate. Given the Biden administration’s open stance on cannabis, the country could be closer than ever to full legalization across all 50 states.

In the event of full cannabis legalization in the U.S., Big Beer’s superior production, financing, advertising and logistical capabilities would very quickly establish its dominance in the infused beverages market. All things considered, only time, consumer loyalty and legislative reform will tell if craft beers can continue to outperform Big Beer in the cannabis niche.

This is a really cool round-up. Eager to see what unfolds once the legislation drops...I do not think the current players in the market are ready for what it will look like when these kinds of players enter.
You must log in or register to reply here.