The SEC Says No Go To High Times IPO 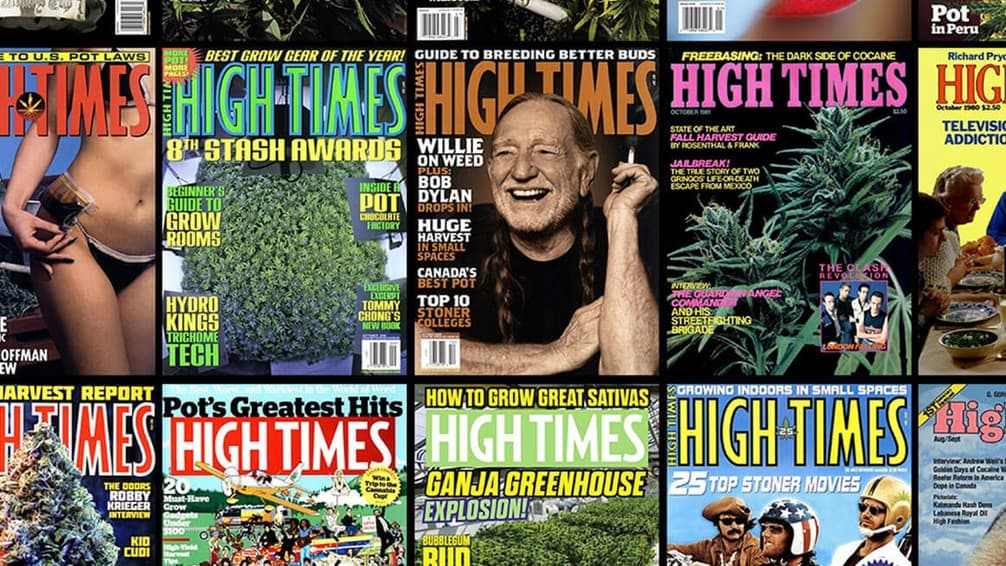 The Cannabis Law Report has confirmed from HighTimes Holding Corp. lawyer Stephen Weiss and Megan Penick of L.A. based Michelman Robinson LLP that the Securities & Exchange Commission (SEC) has halted sales of shares in the company. The story as reported by Teri Buhl states that the reason the sales were stopped is the company hasn’t filed its annual report.

The last time the company filed official annual earnings was June 2019. High Times had told investors it would get updated financial information on June 12, but that did not happen. The company has extended the offering of shares for two years, initially telling investors that it would list its shares on the NASDAQ. Then it lowered those expectations to the Over-The-Counter Marketplace. Still, it hasn’t happened.

What has happened is that the company continually announces acquisitions and tells investors how much money the new acquisition will bring in. Then months later, the deal typically quietly goes away. Sometimes announced in an SEC filing and sometimes just through a press release. In some cases, the acquisitions just never close and stay in a suspended state waiting for the shares to go public as payment for the acquisition.

One of the most disturbing pieces of information in the reporting by Buhl was that High Times’ own lawyers seemed to be unaware that the company was continuing to try to sell shares even after it was told to stop. Lawyer Megan Penick told Cannabis Law Report she wasn’t aware the company was continuing to solicit for investments even though the website to do so remained live. In addition to that, press releases for the company continually remind readers that the offering deadline was extended and email inboxes for subscribers were flooded with almost daily offers to buy stock. The main issue according to Buhl isn’t the company’s promotional activity, but whether the company’s escrow agent Prime Trust processed any sales after the June 12 cutoff. If no sales were processed after June 12, then there is no securities violation.

Show me the money

The question has been where is High Times getting the money for all these acquisitions and salaries for the revolving door of Chief Executive Officers.

In the past, events earned the company almost 70% of its revenue. It doesn’t seem as if the company has hosted an in-person event since the Detroit Cannabis Cup in 2019. All in-person events in 2020 stopped in mid-March as COVID-19 forced an end to public gatherings.

The Michigan cannabis cup in 2019 was considered a success as it sold thousands of tickets but was also subject to numerous complaints about parking problems and a general inability to address the crowds that arrived. Presumably, the event must have brought in some revenue.

The Austin TX Hemp Cup was canceled due to the COVID-19 virus and held virtually. One of the sponsors of the event, Black Tie CBD is suing High Times for not receiving a refund. The company gave High Times $25,000 as a sponsor of an in-person event and even though High Times said it would return sponsor money, it hasn’t which forced Black Tie to sue. High Times is moving forward with virtual cannabis cup events, but they are unlikely to bring in the millions the company used to make on events.

High Times other revenue came from the advertising sales at the print magazine. The iconic magazine has had a long 40-year run, but consumers are reading fewer magazines in general. High Times acquired two other print publications Culture and Dope, but quit publishing these not long after buying them. Dope Magazine according to the June 2019 filing actually provided quite a bit of revenue from its advertising. The last High Times printed magazine was April 2020, but the digital news remains up-to-date. Long time writer Danny Danko was laid off earlier this year as the digital side seems to have moved towards a more economical use of freelance writers. There are a couple of digital ads, but these not nearly as lucrative as print advertising.

So, then the only other source of income is the money coming in from investors buying shares in the common stock.

“Attorney Weiss and Penick have repeatedly told Cannabis Law Report they think High Times is in compliance with SEC rules and confirmed that they have had verbal conversations with the SEC about High Times missing their annual report deadline.” High Times had said in a filing that it would be late filing its annual report due to COVID-19. Many cannabis companies have filed similar delay requests. Accountants working from home have a hard time accessing needed records, etc.

However, it begs the question, if the lawyers can make it into the office to transact multiple acquisitions, then why can’t the accountants get their work done as well? If High Times continued to sell shares even after the SEC told the company to stop, it could be in violation of securities laws.

Also, the common shares that were initially sold as having a value of $11 per share have since been dropped to a value of $1.00 per share.

High Times had been planning a pivot into the dispensary space, which isn’t exactly what the initial 2018 shareholders bought. The company had at first said it was buying two dispensaries in Los Angeles and Nevada. One unnamed source said the Los Angeles dispensary was trying to back out because that deal was arranged with CEO Kraig Fox, who left after nine months. No word on what happened with the Nevada acquisition.

Then High Times announced it was acquiring 13 operational and planned dispensary licenses from Harvest Health & Recreation (OTC:HRVSF) in a deal valued at $80 million. The deal was dropped to ten operational and planned retail assets in a deal now valued at $67.5 million. The deal is now $1.5 million in cash and a $4.5 million one-year promissory note with 10% interest and $61.5 million in Series A Preferred stock issued by Hightimes Holding Corp. High Times though only delivered $500,000 in cash.

An unnamed source claimed that High Times would need to settle all of its outstanding debts before being awarded any licenses. This seems to be the case as most states have required dispensary owners to be flush with cash, but the claim has not been verified. Most of High Times debts are to be paid in stock, but since the stock has never publicly traded and may never end up trading that complicates the matter. The amount of parties suing High Times for various payments that haven’t been made is lengthy.

Green Market Report reached out to High Times to ask about the debt settlement with regards to receiving the licenses but did not receive a response.

One of the properties in the Harvest Health portfolio, a Have A Heart dispensary to be located at 167 Geary St in San Francisco apparently hasn’t paid its rent. The pricey location next door to a Chanel store is rented by Thor Equities. The dispensary called Have A Heart signed a lease agreement for $2.1 million in 2018. Thor Equities has recently relisted the property for rent, which it would only do if Have a Heart didn’t pay the rent. The dispensary had never opened and was intended to be a social equity license. One of the owners in this deal Alexis Bronson claims he never agreed to the sale to Harvest Health in the first place and certainly didn’t agree to go into business with High Times. “I haven’t heard from Adam Levin in months,” he said.

I wanted to circle back around, we just signed some other cool names in cannabis such as Wana Brands, Cannabiz, Women Grow among others. It made me realize many of our new clients came from referrals so we want to incentivize more of them!

Thus, we are reaching out to a few trusted partners to be referral networks for us, and I immediately thought of you. How it'll work is for every podcast you send us who sign up for (and pay for) 3 months of podcasting with us we will give you a $2,000 referral fee, or if you want to get paid for a full year of a client you give us we will give you $500 a month for every month they are still a paying client.

The thought is definitely not quid pro quo, it's just to make sure you win, if we win, and your referral wins!

If you are interested let me know and I'll send you a little contract so you know you are all setup on our side and then we can start tracking referrals.

Last week, High Times has said it would Mountain High Recreation, Inc., a California-based cannabis delivery service in an all-stock deal valued at $2.8 million. High Times will be paying $100,000 in cash upfront. The owners are only getting the common shares, not the Preferred A stock. Chelsea Cordoba and Kenneth Cordoba are to receive $125,000 salary, but it isn’t clear if that is together or separate.

Also in June, High Times said it was entering into a series of agreements with Red, White & Bloom, Inc. (CSE:RWB) “with the goal of the branding of High Times dispensaries and development of cannabis-based CBD and THC products in the States of Michigan, Illinois and Florida.” In consideration of the sale, the Hightimes Licensing Company will receive $15,000,000 of RWB common shares which are expected to trade on the Canadian Securities Exchange and, subject to certain conditions, may receive an additional $5,000,000 of RWB common shares in the future.

High Times is saying its SEC filings that there is no litigation that could have a material impact on the company and yet there are numerous lawsuits piling up against the company. None are disclosed in the filings. The company is issuing shares like monopoly money with little indication that they will ever trade. High Times is unable or unwilling to pay companies or individuals it owes, while somehow handing over thousands of dollars to secure dispensary deals and pay executive salaries.

The cannabis industry certainly has a soft spot for High Times. It has been a supporter of the cannabis community for years and was willing to proudly wave the cannabis flag when others wouldn’t. Many hope the company is able to pull off this pivot to dispensaries or make money off the licensing deal with Red White & Bloom. The question is whether it can get these goals accomplished before the investors turn on it.