Very scientific. Does anyone know who the first researcher was to experiment with MJ and breed and crossbreed it for seed production?
M

When in flowering is it time to introduce a male plant to Females?

logic said:
this pic should be in there somewhere I lost its place!
Click to expand...

I re-uploaded the missing picture here:
(Found it off glasspackedbowl's orig. post) 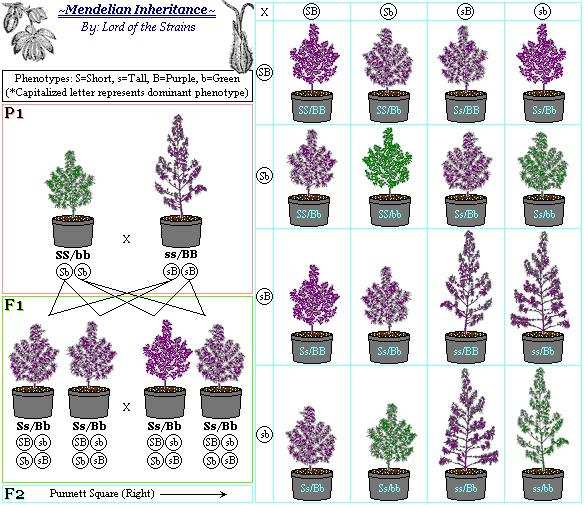 Good read - Thanks for posting
E

I hadn't a clue what all that was, im flabergasted...
D

Nice information, hard to decipher, had to draw some shit out on paper.... haha.
M

Just to be devil’s advocate, he did massage his results somewhat to fit his ratios. Having said that, his ratios work out for traits that are truly monogenic, it's a pity these traits are not the majority. Chances are some of the original traits he tracked were not simply present/absent but exist in a continuum; he no doubt made a judgment call about the categorisation of some individual. But he used large numbers and consciously or not compensated for the deviation from his ratios by the slightly "less" monogenic traits. This is probably the mark of a good scientist, has a sound theory based on a sound logic (ie genes = units of trait heredity) rooted in the physical world, and the intuition to realise that the deviations that arouse weren't lethal to the theory. And he was right, albeit on a simplified level. Nowadays there is an acknowledgement that most traits are quantitative (ie non-monogenic).

OK how about applying mendalien genetics to sex determination?

In 1927 K. Hirata at the Hokkaido Imperial University published work where he induced hermaphrodite formation in Cannabis sativa by mutilation, isolated each plant so it only fertilised itself, allowed the buds to mature, collected the seeds and replanted them. 294 seeds were collected, 143 germinated of which 78 were female, 45 were intersex (AKA hermaphrodite) and 3 were male, the rest never reached sexual maturity. (Hirata, K. Journal of genetics (1927), 19(1): 65)

Hirata postulated a sex chromosome setup analogous to our XY system, and Mackey (and maybe other since) visualised homologous pairs of chromosomes for all but one pair, suggesting the existence of the semi-homologous XY pair.

One of the observation Hirata made was there seemed to be a range of intersex phenotypes which would argue sex as a quantitative trait.

All of this sprung from a discussion I had with someone about the generation of feminised seeds, got me thinking about exactly how you would produce a feminised seed. My simple brain thinks that the seeds from a selfed hermaphrodite would always be female, but this is not the case, and this argues for the contribution of multiple genes in the determination of sex.
M

Thank U and everyone else should thank U for the knowledge just dropped for free I paid 1100 for at an university course... can wait to take a shoot at it!!!!
F

That is some great info, Thanks Logic for your research, Keep sharing the knowledge!!!
Peace Fox

So I have a question about testing the flowers of a newly crossed strain. So you have a bomb ass plant from seed but you haven't flowered her and she reeks to holy hell. Here's my question: Do you flower a clone or do you flower the original seed plant?

I ask because I would rather keep a plant from seed as a mother than to have a clone as a mother. I think that it may not make any difference in the quality of the flower, but if I want a plant that is to be at its maximum vigor, for some reason I believe that it is it better to be from seed.
F

Ah, Gregor, the Augustinian priest who put the whole thing in motion. Genetics & Mr. Mendel were required reading in college, but who knew then, that I would actually need the information that I tried so hard to comprehend, between beer bongs & grass masks!
C

I have six years under my belt. Just going to start my horticulture in school. This is great info to get to the point. Zoolander.....lol.....I hear ya bud. Thanks Logic. Happy Harvest People! CD:banana1sv6:
R

Will an experienced breeder please answer. . . .

I posted these questions in a thread but no one will answer
them.This post is titled breeding for beginners yet the same question has not been answered here either.
At what time during the females life is the male component introduced?
Further, how exactly is this done?
I have collected some tiny corn cob shaped things from the pods that open up but not sure if this is the wanted item.
Would someone answer this? 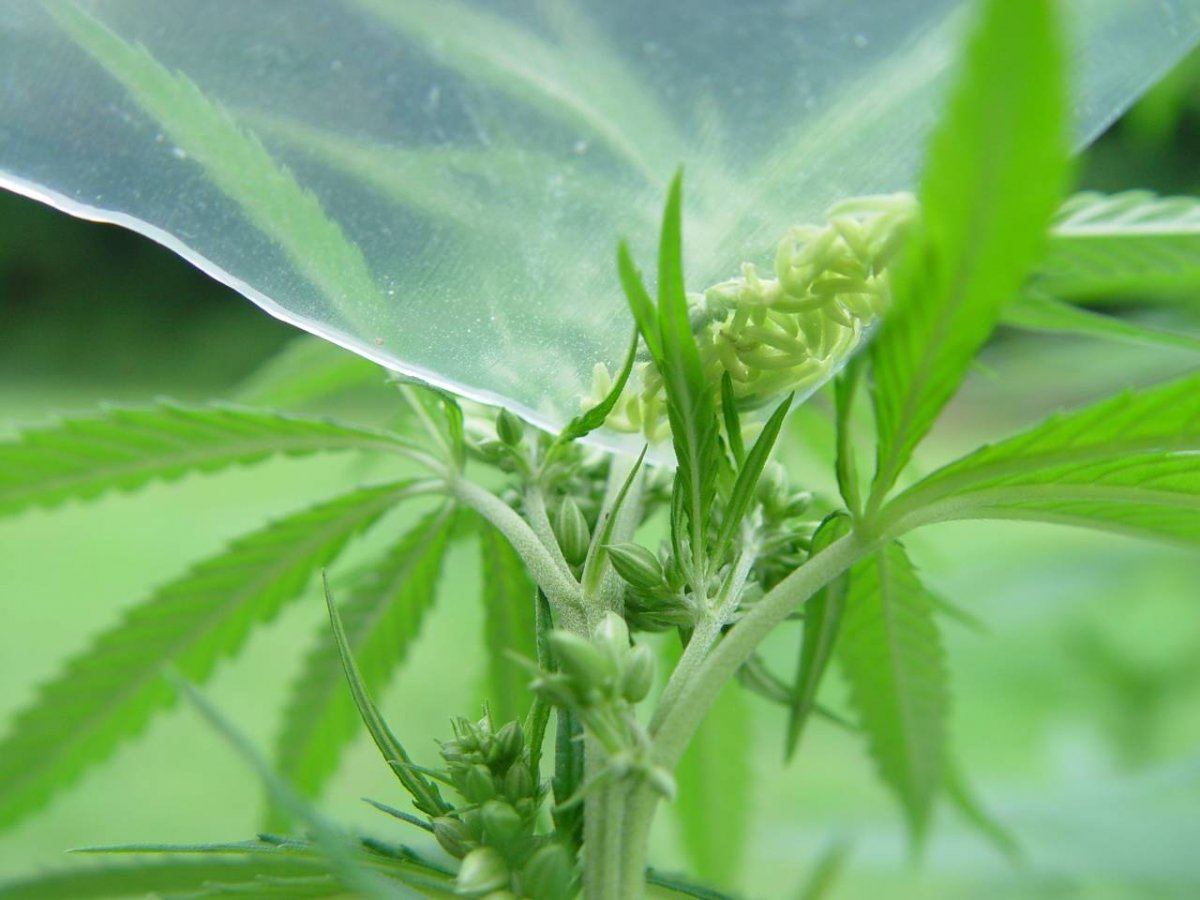 One thing about Mendel's law to take into consideration though especially with modern hybrid to the umteeth degree herbs is its explanation is too simple. Take a tip from a science nerd. Modern science is only begining to open the pandoras box thats genetics and what they think they know today is flat earth science tomorrow. For instance traits maybe expresses dominant recessive Ab Bb aB Abab.....but theres a whole fucking lot more genes to each trait than anyone first realized and some of these genes are only expressed under certain stimulation. Its a fact....For instance thats exactly why to identical cuts grow totally different for two farmers....different style=different stimuli=different results with genetically Identical plants.....Genetics facinate me and my fuzzy understanding of the fundamentals helps mypollen chuckin adventures.

ill answere your question right now freind. it depends on how long it takes the female you have to flower. but you usualy want to do it semi early. you want the seeds to be able develop right. you want them on the plant for about a month and a half so they can fully mature. if your crossing not re breeding make sure you grow plenty because alot of them will go hermaphodite. So once you grow the first batch of the cross kill any hermaphs that you have only keep the stable females, and a stable male to pollinate them. dont pollinate them with one of the hermaphs. is what this will do is stabilize the plants good genes then you should have a stable cross breed that you can call your own. hope that helps red dog. ohh yea i have a awesome way to polinate only crtian parts of the plant so you can control your seeding and ruin your whole crop but still get as many seeds as you want. if your intrested hit me up ill let you know how.......
O