A LOSS OF APPETITE

3 Bears OG is an Indica dominant hybrid that leans heavily towards the Indica side of the spectrum. This potent, powerful strain is known to produce significant cases of the munchies and cottonmouth. It's also known to leave consumers feeling hungry and sleepy. That's probably because 3 Bears OG packs an impressive 24% THC concentration or better on average. The flavor profile is everything you would expect from anything with the name OG on it. If you're a high-stress individual who has a hard time relaxing, this is a cannabis strain that should be in your daily routine. The smooth flavors reminiscent of OG Kush will invade the body leading to feelings of euphoria and relaxation before laying you down for a nap or a good night's sleep.
Common Usage
A Loss of Appetite
6/10
Insomnia
8/10
Migraines
10/10
Women's Health
4/10
Typical Effects
Relaxed
8/10
Sleepy
10/10
Hungry
4/10
Happy
6/10
Sedated
2/10
THC Content
Highest Test
0.0%
Strain Average
0.0%
Indica Average
12.5% 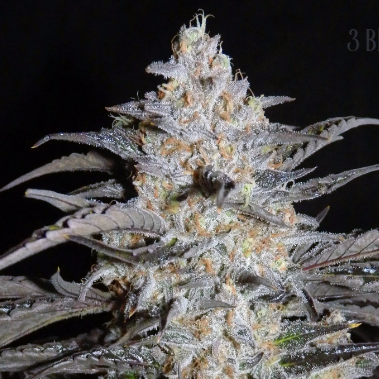 because I love Indicas and also for what ashe supplies I have trouble sleeping
Looks really fire my dude keep it upp. I'm tryna start cause I live in mass. Started with cocoa but not sure if I should use dry amendments or mix and water
Idk I haven't tried to garden since I was a young lad. Great stuff tho my dude
Read more…